By the (Advanced) Numbers: The Cavs and the Cav Nots

The Hokies need to limit Virginia's opportunities on offense — this is certainly an opportune week for Tech's run attack to run the clock and crank out yards. 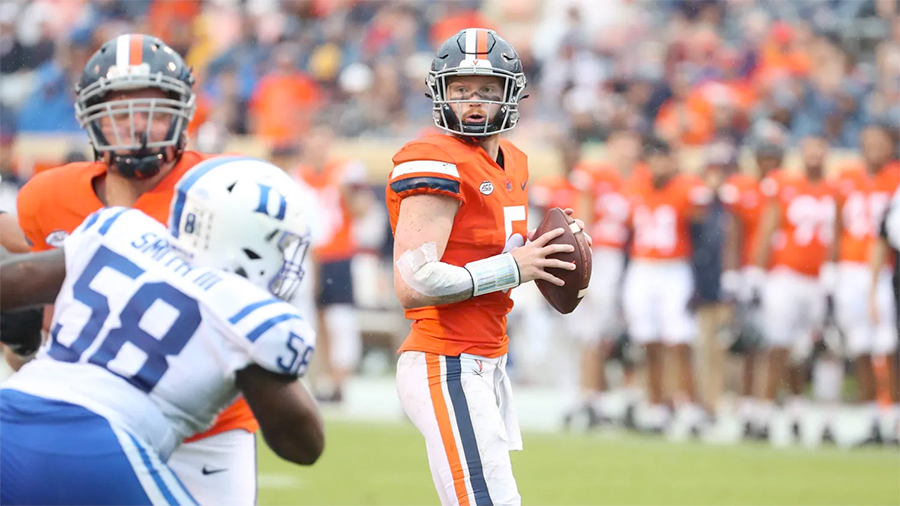 I can't imagine how Virginia fans feel about their team right now. The Hoos have demonstrated some progression, but it also feels like the ceiling is starting to become clearer and the performance behind the overall improvement is mixed at best.

The Cavaliers defense is pretty bad and likely the worst in some time. But on the other side of the ball, they have maybe the best quarterback the team has ever had — and it's a program that has produced NFL starters before. That said, transformational players can provide a huge, short-term, boost, but ultimately they graduate or leave for the pros and the team gets exposed for what it was all along.

Bronco Mendenhall seems like a good fit for Charlottesville, but objectively this feels like a team that will remain yet another middling Coastal player that on any given year could win the division, but might also come in last. It's hard to envision how they would consistently compete for the division in the future, especially once Brennan Armstrong moves on. But it's also easy to see a perennial bowl team that wins enough to keep the fan base content.

Although the pressure and expectations are higher, the feelings aren't all that dissimilar to Blacksburg. Win enough to keep the angry mobs away but not enough to win the conference, and your performance in the Commonwealth Cup may become the tiebreaker for your job. Mendenhall isn't on a hot seat by any means, but if he was and he knew this week's rivalry game could cool things down considerably, he would have to feel pretty good about his chances.

Virginia Tech is currently 5-6. The actual and predicted score difference and odds of winning each game are: 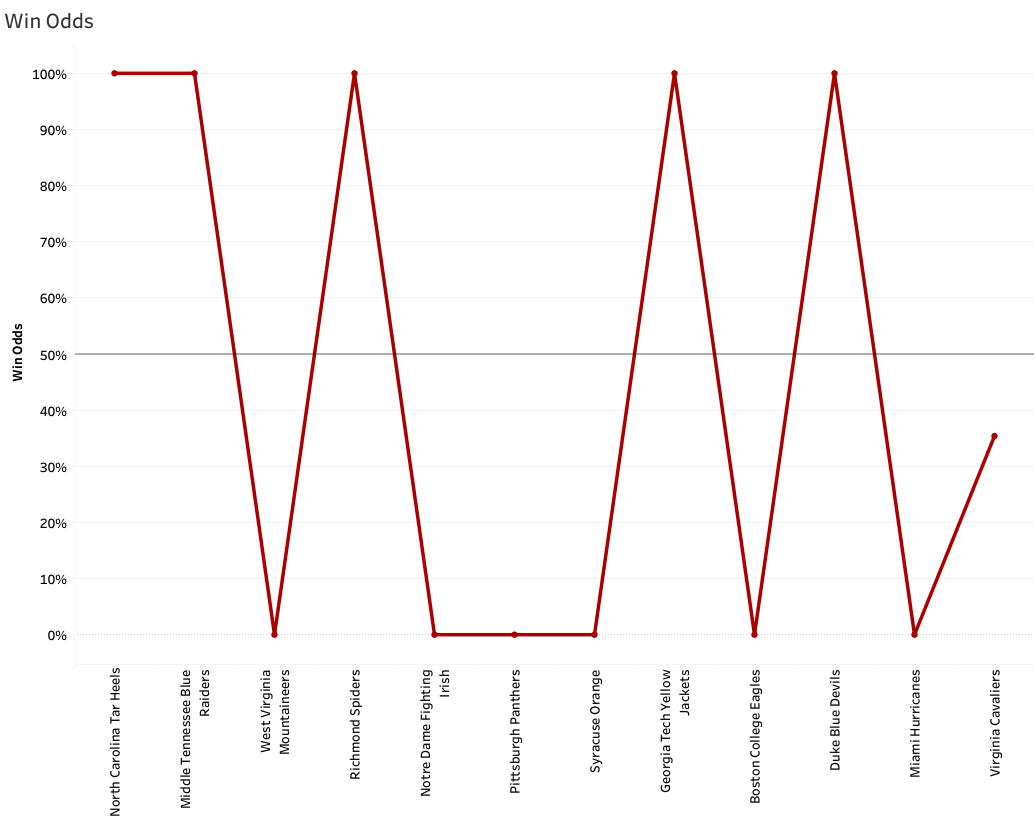 Obviously Hokie nation had factions both for and against firing Justin Fuente, but I can't imagine leading up to this season many people would have been satisfied with a 5-win campaign. Actually I doubt many would feel okay about a 6-win season either, but ahead of the Commonwealth Cup that is the best regular season outcome.

Based on FPI, the potential season conclusion odds for each ACC team are: