What To Fix Between Now and West Virginia

The Hokies have a week to get ready for West Virginia. Here are the three things they need to improve if they want to win. 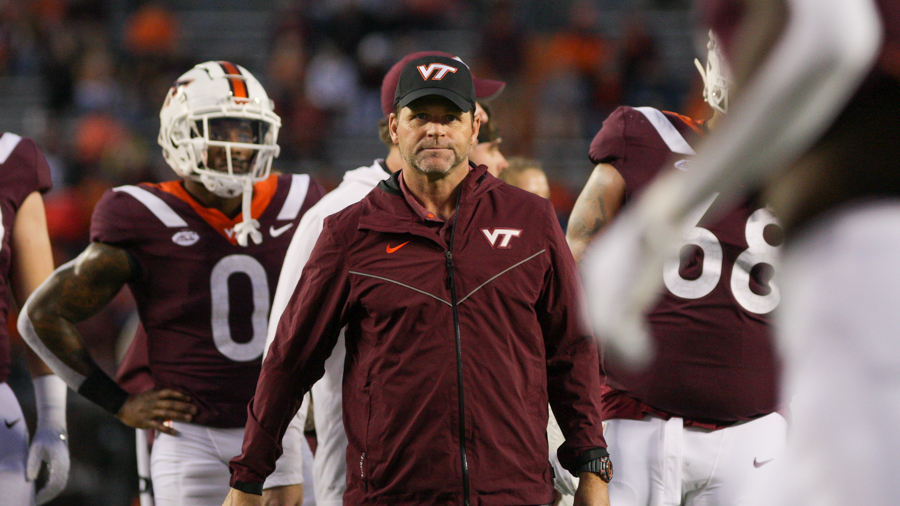 The last time I was this confident Virginia Tech would win a football game I was perched in the East Stands in the rain, soaked more with cheap bourbon and light beer than precipitation. All my buddies and I could talk about was how much we wanted to see the backup quarterback, the true freshman running back and maybe even a non-offensive score or two. If all went according to plan, the backups would be in by the second quarter.

I've never felt confident again, the memory of my sad, cold, drenched walk back to my fraternity house has stuck with me ever since. I remember seeing an old high school friend — and current JMU student — after the game. She kept a good 10 feet away at first, unsure if I was still combustible. I wasn't. Just simply processing a football trauma I'd carry with me well into my adult life.

But even these deeply seeded emotional scars tell me that the Hokies' matchup with Wofford this week is no JMU. The Terriers haven't scored a point in this calendar year. They haven't won a game since last September fourth and haven't had a winning season since 2019.

(I'll see myself out. If you never read me again, I understand.)

No, we don't need to spend much time or word count about how Brent Pry will get his guys ready to go for Wofford. But it does present a great opportunity to start talking about West Virginia.

The game against the Mountaineers is important for multiple reasons. Assuming the Hokies pick up a W over the Terriers, a win at home next Thursday night would put Tech halfway to bowl eligibility. It would bring the Black Diamond Trophy back to its rightful home, a glorious win over a geographic rival they're not currently scheduled to play again. And it would likely be the signature win of Pry's first season.

Sure, WVU is 0-2 and just lost in truly embarrassing fashion to Kansas. But a win on national television would put the stink of week one far behind the Hokies as they head into the meat of the ACC schedule.

Still, even after a good old fashion anaconda-ing of Boston College, Tech will need to do some things between now and then to make a win over the Mountaineers a possibility. And this week is a great change to pilot solutions to a few of their deeper (yet still fixable) problems.

If the Hokies want to beat the Cousins in a week, they'll need to start solving these three issues against Wofford a few days from now.