College football is slowly squeezing regional rivalry to death, putting games like Virginia Tech/West Virginia in jeopardy. Let's be mad about it, and enjoy this one while it's here. 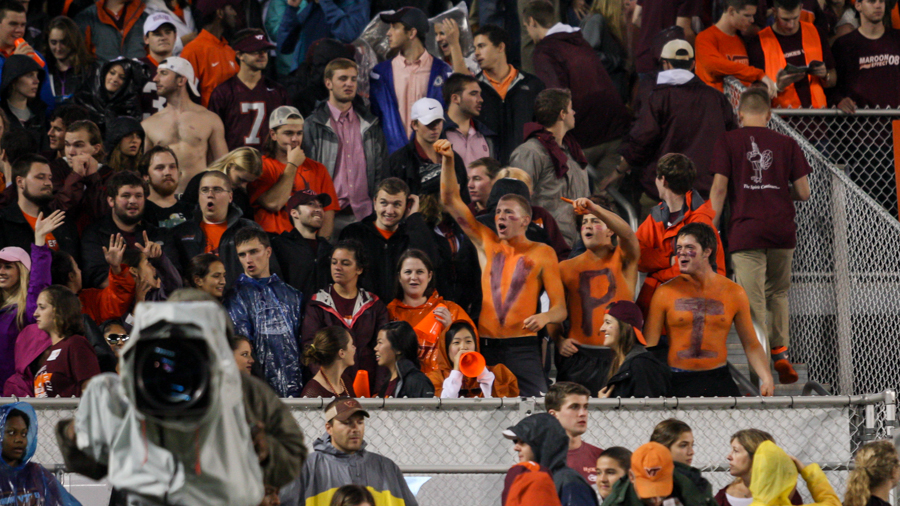 It's a weeknight game pitting two teams with no realistic path to success against each other. The Hokies are in phase 0.5 of a rebuild that will take at least three years of roster turnover, recruiting cycles, transfer portal mining and player development before showing whether or not it's even working. For all of his passion and insistence in paving in-roads in the state of Virginia, Brent Pry is currently the head coach of a decent, not great team. Pry's inaugural squad is trying to hang its hat on a well fit, if not dynamic defense and a wild-eyed quarterback who plays turnover jump rope at least five times a game. They'll end up somewhere between four and seven wins, with a bowl trip being a certified accomplishment in year one.

The Mountaineers are quite possibly the worst team in a surprisingly deep Big 12. Neal Brown is just 18-20 in the four years since taking over for Dana Holgorsen, and has put the WVU administration in an uncomfortable position. Brown is on the board in Vegas to be one of the next coaches fired, yet should feel quite comfortable due to his massive $16.7 million dollar buyout.

West Virginia is stagnant. The slow build back to eight-to-ten win seasons has been just that — slow. Coming into '22 Brown needed an offensive coordinator — a position he foolishly tried to hold himself while also being, you know, head coach — and he needed a quarterback. Well he got them both, in former USC running mates Graham Harrell and J.T. Daniels and the offense has been...fine? About the same?

The Mountaineers had a PFF offensive rating of 80.1 last season. Through three games, it's 77.5. They fell apart in the opener to Pittsburgh, they lost to Kansas (quietly competent Kansas, but still.) They're serfs in a conference that may be left for dead once Oklahoma and Texas leave for the SEC.

As college football congeals into a blob of SEC and Big Ten teams fueled by bookoos of television money and little concern for anyone else, the average fan is meant to care less about these teams. If you're in the ACC and not named Clemson, Florida State or Miami, you don't matter. And if you're set to stay in the Big 12 after 2025 you definitely don't factor into the grand design of the sport's faceless oligarchs.

In fact those rulers with dollar signs for eyeballs don't want you to care about Virginia Tech/West Virginia. Sure, they'd love your eyes on it, because the more people watching the festivities in Blacksburg, the fewer people are tuning into Amazon Prime to watch Browns/Steelers. But in terms of the game itself, it's inventory. It's a box checked on a schedule chock full of college football.

Why would you possibly care about a head-to-head matchup of below average programs sitting mediocrely in conferences that have quickly fallen out of favor in the discourse? It's all about the playoff, remember? The mythical quest where the same six teams battle it out for four spots year after year? If you're not in the playoff picture, you're an annotation's annotation. Less than one sentence in a massive Wikipedia summary of what was significant in the college football season.

That's right. People only care about a playoff race. A tournament bubble. Who's in, who's out. Who's on the outside looking in and the further outside looking on the outside looking in. Didn't you hear? That's what the spreadsheets say. The data. You're not supposed to care about Virginia Tech and West Virginia, because it doesn't make waves on ESPN or Fox's bottom line. They're focused on things like "properties" and "brand equity" and other corporate jargon bullshit that someone in a suit feels really proud about putting on a Google slide before showing it to 15 people in even nicer suits.

Their goal is to take the weird, wacky sport we've adored for our entire collective lives and sterilize it. They want to turn it into an NFL-like product where 24-to-30 teams with "national audiences" do battle every Saturday, while everyone else scratches and claws for whatever scraps can be found on HuPeakomoupple Plus.