Losing in the Trenches

A deeper look into the struggles of Virginia Tech’s offensive line, which has proven to be the weakest link in a historically inept offense. 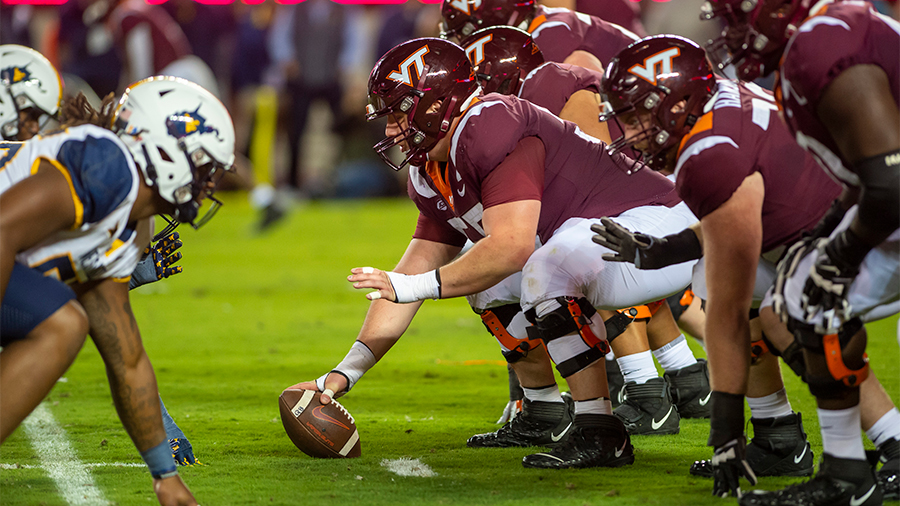 When Virginia Tech beat Boston College two weeks ago, I made a quip about how the start of the Brent Pry era reminded me so much of the 2000s Frank Beamer teams: an elite defense, a semi-competent offense, and excellent special teams.

In truth, to compare the current iteration of the Hokies' offense to Beamer — even on his worst days — would be an insult to the legend himself.

Virginia Tech sputtered to a lifeless 33-10 loss against West Virginia on Thursday, spoiling the party of 65,632 at Lane Stadium. The main culprit was as usual: the offense. The Hokies gained only 31% of available yards against an otherwise pedestrian West Virginia defense, being outgained in total yards 421-228. Success rate, an advanced stat that measures the percentage of successful plays based on down and distance, tells the story well enough: the Hokies did not have a single successful rushing play in the first half.

While Tech's defense continues to tread water, ranking top-40 in most statistical metrics, the offense has sputtered to such a degree that it is now impossible for Tech to play complementary football. The defense becomes fatigued (WVU won the time of possession battle by over 17 minutes), the field becomes shorter, the offense has to press, and everything falls apart. Today, I will delve into why Virginia Tech is struggling to move the ball so much — a combination of talent, miscommunications, and adjusting to a new scheme.

As you might suspect, everything starts in the trenches.