How Brent Pry Can Follow the Mike Young Blueprint 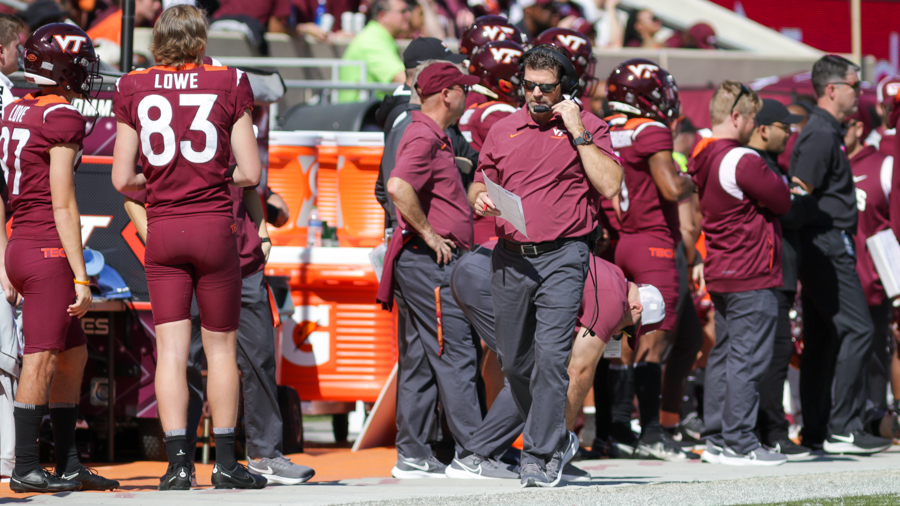 They play NC State tonight, and if I write some sort of heartfelt piece about hope after a bye week and how hope every week is all we have left, and then they lose by 30 to a backup quarterback in Raleigh, I'll look like a real chump.

And this team has made me look chump-ish enough this year. Though to be fair, I probably do a fair bit of that on my own.

But we're at a crossroads, because it's still a bit too early to write about the Hokie basketball team as they get ready to defend their ACC Tournament title. As therapeutic as it would be to talk about their newfound depth and the sweet, sweet thrill of watching a Sean Pedulla/Hunter Cattoor/Darius Maddox backcourt, we're not quite there yet.

But that doesn't mean we can't...not...talk about them.

Mike Young has done a tremendous job in a short time with his program. He's turned it into a winner, and had to tackle some adversity to do it. While the program across the hall flounders in its first year under Brent Pry, it's important to look at how Young got to where he is, and the most important things Pry could learn from it.

Really this should be a lesson for fans clamoring for Tech football to take 20 transfers this offseason. It's so easy to see the portal as a magic fix-all. A tool to not only bring an influx of already-developed talent to a roster in, but also the caulk and sealant needed to help you fill in recruiting gaps from the past few classes.

We all see it like this, because it's so much more fun to point to the transfers who work out. It's almost hard to remember now, but Justyn Mutts hasn't been a Blacksburg lifer. He transferred in from Delaware in Young's second class. Keve Aluma famously followed Young from Wofford to Tech, and the two of them single handedly buoyed the Hokies beyond any fans' possible imaginations by winning the ACC Tournament.

So if you stop there you'd think "Mike Young, Portal Lord", right? Welllllll, it's not that simple.

For every portal success he's had (again, just two so far), he's had twice as many flops and fill-ins — and that doesn't even get to the guys he's had leave the program. No, CMY is the poster child for why you need to live cautiously when dealing with how much you sell the soul of your roster to inject it with some theoretical talent.