As Virginia Tech stares down the barrel at a two-win season, we can only cling to the little things to give us even the slightest bit of hope. 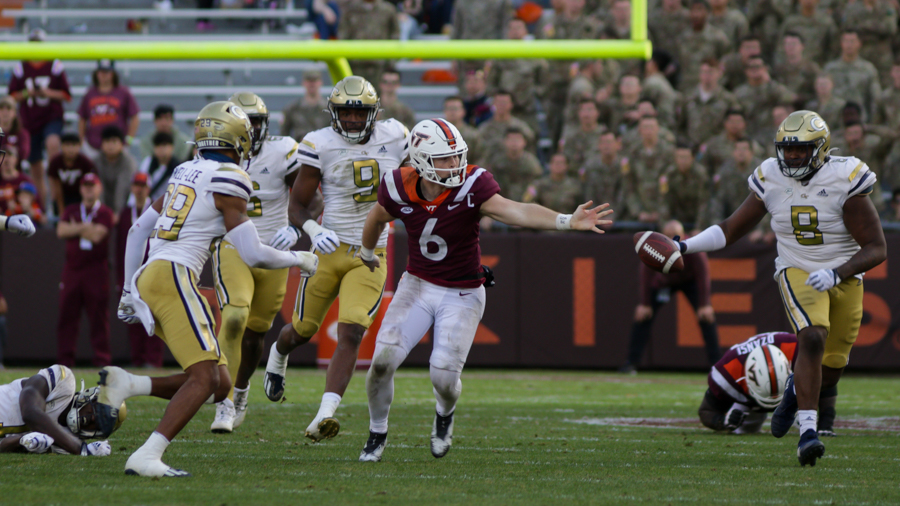 It wasn't that long ago that I was in the best shape of my life.

It's not some crazy story of perseverance or will, it's actually pretty common. The pandemic happened, and I spent about 23 hours a day in the same apartment. Sick of it, I put my mind to running. In six months between the end of 2020 and the beginning of 2021, I ran about 250 miles — nothing crazy, mind you, just enough to get out of the house and try to fight the booze I drink to a physical stalemate.

But man, I felt great. People should really talk more about how much "exercise" can improve your "physical and emotional wellbeing." My clothes were getting looser, my energy levels were higher, I was waking up earlier in the morning just to get a run in. I kept this up for about a year, ran two 10ks and kept plugging along at a consistent, if not spectacular rate.

And then, you know what happened? I just stopped.

Not entirely, but enough to wipe out any progress I had made. I'm not entirely broken up over it. My wife and I moved to Brooklyn, and have taken more to drinking beers, eating overpriced pasta and sleeping a bit later than in the midst of my regimented routine. I've spent more time running for trains to go to happy hour than I have running for exercise and, not going to lie, it's been pretty fun.

But good habits are just that, habits. They're learned and can be forgotten even more quickly. They take time to grow and prune, need constant tending to to make sure they don't die. It's not easy to get, yet paradoxically simple to lose (even if you didn't realize you had a habit in the first place.)

In all great programs winning is a habit. It's as native to them as signing five-star players, something they barely have to think about. But when the game's on the line and it's time to make a play, they wake up early, lace 'em up and let shoe meet asphalt every time. In places like Athens, Columbus and Tuscaloosa, it's like breathing.

It used to be that way in Blacksburg. Virginia Tech didn't win 10 games a year for eight straight seasons by accident. But — warning, understatement of the year approaching — it's certainly not like that anymore.

The Virginia Tech football team lost another heartbreaker last Saturday. It was their second consecutive one-point defeat, their second straight fourth quarter collapse and their fourth one-score loss of the season. The Hokies have absolutely fallen apart down the stretch of every game they've lost this season with North Carolina as the lone exception. Calling the loss in Chapel Hill a "collapse" would be like saying Delaware State "collapsed" against the men's basketball team or Pompeii "collapsed" against the volcano. That thing was happening no matter how hard you tried.