Roadmaps For A Two-Win Coach 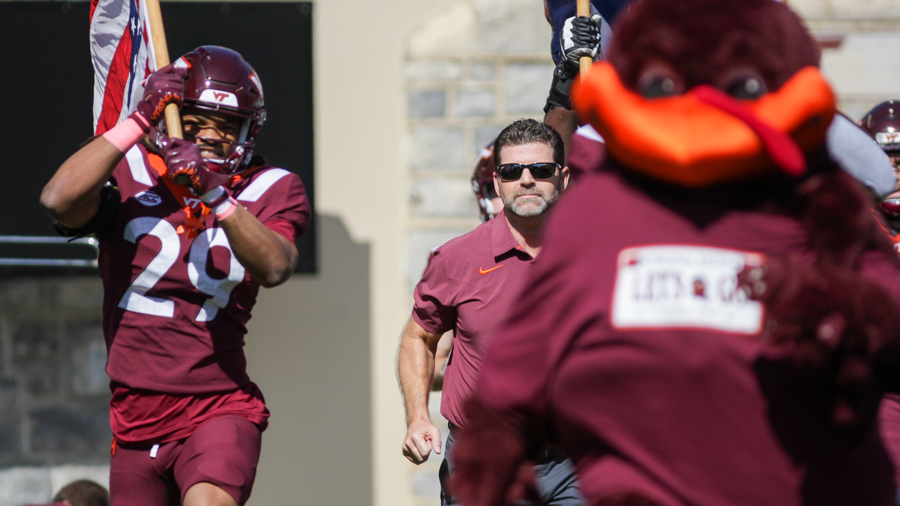 Barring a whole-ass miracle, Brent Pry is going to finish 2022 as a two- or three-win head coach. Even for those of us with low expectations — I put mine in the four-to-seven window in August — a 2-10 first year can be considered nothing short of a disaster.

Yes, he's a first time head coach who needs to figure out his role. And yes, he inherited a roster that wasn't up to the standards Blacksburg had come to expect over the last 30 years. But still...goddamn.

The most frustrating thing that will follow Pry into the offseason and beyond is the uncertainty. He has done next to nothing this season to leave a trail of hopeful breadcrumbs leading fans to think he has what it takes to be the guy who turns Virginia Tech around. Now that doesn't mean he can't do it, and it doesn't mean there aren't foundation-laying things going on behind the scenes that we can't see (in fact, there almost certainly are). But Pry's offense has been abysmal, his defense has been figured out and unable to adapt, his special teams have been decaying since September and his overall game has been questionable at best.

As far as first years go, this one is awful. But just because it's awful doesn't mean it will doom Pry and the Hokies towards miserable failure year after year. In fact, there are plenty of recent head coaches who started their tenure with three or fewer wins, and went on to have varying levels of success.

Mark Twain once said history never repeats itself, but it does often rhyme. This isn't the perfect saying for this situation, because all of these coaches come from different places with their own problems and benefits. But still, I think it's instructive to look at these coaches and see what we can glean from their tenures. Matt Campbell's tenure at Iowa State may not seem to have much in common with Pry's in Blacksburg, there are bits and pieces of similarities and differences that can inform our opinions and future castings moving into the coming seasons.

So I compiled a list of coaches in recent memory who pulled a Pry — that is, won three or fewer games when taking over a Power Five program — and then plotted out where they went from there. Yes, the Hokies could defy the odds — 12.6% per TKP in-house statistician joelestra — and finish the season with four wins rather than two or three, but I capped the list at three for two reasons. For one, it's more interesting to look at the fellow coaches who also started from the bottom. Even if Pry happens to beat Liberty and Virginia, you'll notice many similarities between his situation and the others on this list. But secondly, I don't know if a single person reading this would bet on Tech to win out..

Before we get into it, here are a few people who didn't make the cut for analysis:

Mike Leach, Washington State: Leach came with way too much experience as a head coach, and he's so system-oriented that his early struggles in Pullman can't be compared.

Dave Aranda, Baylor, Sam Pittman, Arkansas: Both are looking promising in their third years, but it's still too early to glean anything especially insightful from them just yet.

Any of the following coordinator-to-Power Five head coaches who you might be thinking of right now: Will Muschamp at Florida, Dan Mullen at Mississippi State, Mike Leach (again), Bob Stoops at Oklahoma or Mark Richt at Georgia. All made the leap from coordinator to P5 big whistle, but all won more than Pry in their first year.

So with the caveats aside, let's get into the list.

Both coaches and programs came in with the desire to establish an identity. One of Campbell's most impressive feats was carving out success with the Cyclones by positioning them as the polar opposite of the rest of the Big 12. While Patrick Mahomes, Baker Mayfield, Mason Rudolph and whoever Dana Holgorson had playing QB at West Virginia were all unabashedly airing it out, Campbell quietly built a gritty, ground-and-pound unit.

While it doesn't seem like Pry wants to go full Wisconsin (and to be clear, I don't even think Wisconsin should go full Wisconsin in the year of our lord 2022), he certainly wants to establish a physical attack that will theoretically wear opponents down over four quarters. Neither of them had the personnel to do it in year one, but Iowa State developed it quickly, beating two top-five teams in 2017.

Campbell delivered a solid proof of his abilities as a head coach while at Toledo, winning nine games three out of his four years there. But it goes well beyond simple experience.

If Pry inherited a rusty old hand-me-down that could barely make it down the highway, Campbell was gifted a burnt out 1994 Dodge Caravan sitting on cinder blocks with someone sleeping on what used to be the upholstered backseat. Iowa State had just one winning season in the decade before Campbell arrived, with his predecessor eight total games in the three years before being fired.

Point being, what Campbell has done is nothing short of a miracle. You're not supposed to win at Iowa State! You think Blacksburg's a tough place to recruit to? Try AMES, IOWA.

It's unfair to Pry to point to Iowa State and say "do that" because, I'm not 100% sure anyone can.