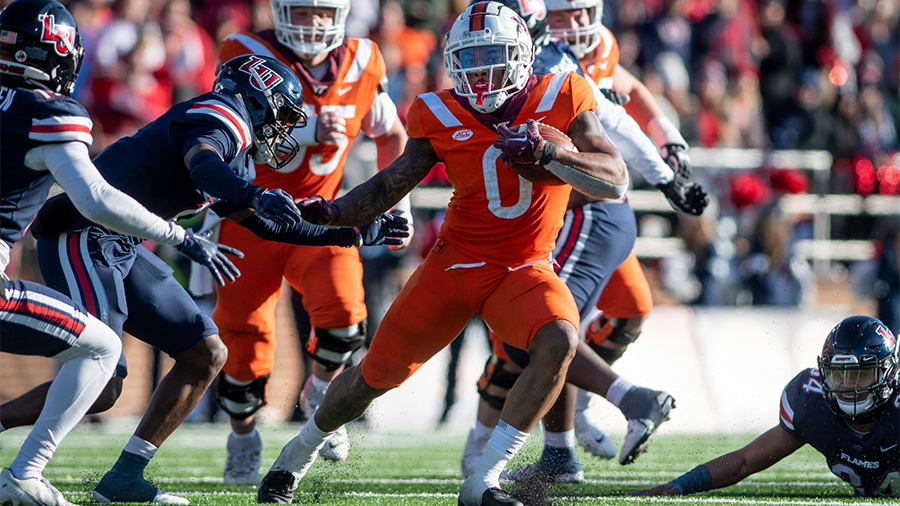 It is a win. In a season where the journey has always been more important than the result, head coach Brent Pry picked up his first road win and much needed positive energy as he continues to try and change the culture around the Virginia Tech football program. The Hokies overcame many of the bugaboos that have plagued the team all year, particularly quarterbacking, offensive line, and the second-level of the defense, with a handful of standout performances where willpower seemed to matter as much as scheme. Jalen Holston, Parker Clements, Nick Gallo, Mansoor Delane, TyJuan Garbutt, and Mario Kendricks asserted their will against a talented Liberty team and dominated the way you would expect a Power 5 squad to overwhelm a Group of Five program. There is a lot of work to be done, and if Pry can turn the Hokies back into a proud winning program, a lot of these current players won't be around to see it. But that foundation starts with pride and effort, and several Hokies stepped up and showed both on Saturday.

Assessing Virginia Tech's overall performance on defense was challenging. Several players had outstanding games, and in some ways those performances were offset by ongoing struggles, particularly by Virginia Tech's safeties. Tech struggled to stop Liberty's utilization of swing passes, in large part because of very slow reactions by the field safety group of Chamarri Conner and Jalen Stroman. Liberty, whose receivers ran pass routes even on designed runs to free the secondary, worked swing pass concepts heavily to the field-side, particularly in the second half. If the SAM linebacker, who was accounted for by blockers, won a battle, the Hokies had a chance to jam the play up. If he didn't, the field safety was often very late and slow to react, creating room for big plays.

On the above swing pass, the Flames aligned Demario Douglas (No. 3), their best receiver, in the backfield as a tailback. Tight end Bentley Hanshaw (No. 15), stepped inside to free MIKE linebacker Dax Hollifield (No. 4), and then redirected back to the outside to attempt to seal him. Tight end Jerome Jackson (No. 88) was flexed out wide as a slot receiver to pin SAM linebacker J.R. Walker (No. 19) to the inside. Split end CJ Yarbrough (No. 13) was tasked with driving corner Armani Chatman (No. 9) off the football. That left Conner (No. 1), at field safety, as the unblocked hat playside.