Inefficient, Ineffective, and Uncertain: A Postmortem of the 2022 Virginia Tech Offense

A historically bad offense plagued the Hokies in their worst season in decades. Today, we take a big-picture look at what went wrong with Tech’s offense in 2022 — a combination of talent, scheme, and lack of identity. 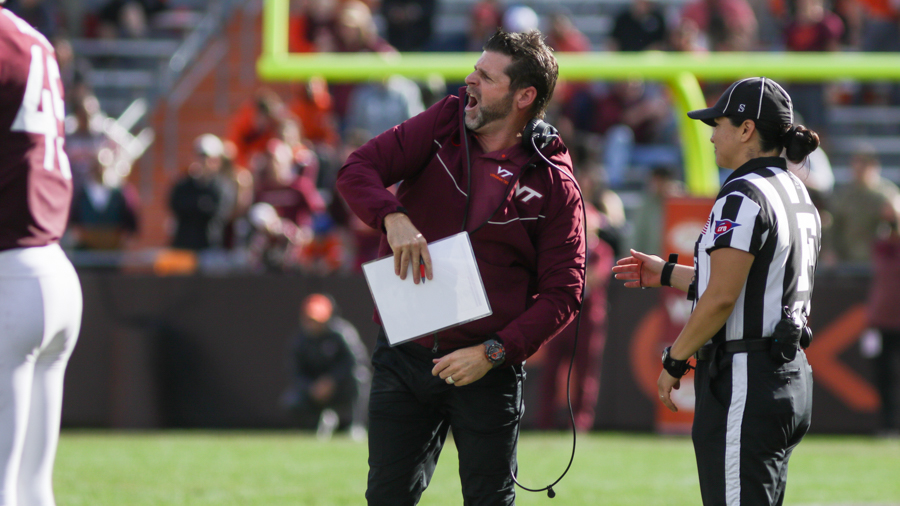 Athlon publishes my favorite article of the year.

It's the one where ACC coaches talk anonymously about every team in their conference before the season. It offers candid insights into every program, and cuts right through the blind optimism that fans often have. Here is some of what coaches said about Virginia Tech prior to 2022:

"It's bleak on offense. Schematically, they were a train wreck in '21. I don't think they have an ACC-caliber QB on the roster. Those guys are average at best. The offensive line was the strength for the offense, and now they're gone."

"It's not a stretch to say the offense doesn't have a top-half-of-the-league-level skill player at any position. They haven't signed a single player in the last two years that a high-level ACC program wanted."

"Pry is a great DC, except now he's going to have to face the reality he can't focus on this defense the way he has his entire career. It's always interesting to watch a career coordinator in their first head-coaching year and how much they're stuck on acting like their old job."

Every comment was shockingly accurate. The talent level in Blacksburg was just as bad as coaches around the league could see, and it manifested on the field pretty quickly. The Hokies, projected by most to win between five and six games before the year, stumbled to a 3-8 record, losing four games by one possession. A first-year head coach with two new coordinators and a bad roster is rarely a recipe for success.

Today I am focusing specifically on the offense and what led to its historical struggles. In this dissection, I am not going to micro-analyze any issues relating to personnel. It's blatantly obvious that Virginia Tech has severe talent deficits at numerous positions, and that this roster will look drastically different over the next two years — a reality that Brent Pry knows just as well as anyone.

Instead, I'm going to take a big-picture approach and discuss some of the structural issues that hampered the Hokies. In doing so, I want to draw on lessons learned from another program up the road — one that turned around their poor fortunes by finding their identity and hiring the right people to execute it.