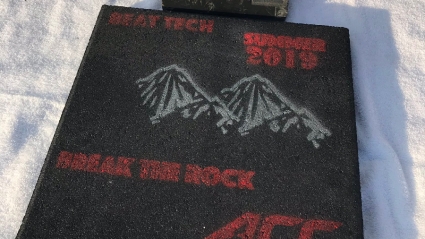 The Hoos once again rally around finally beating the Hokies. 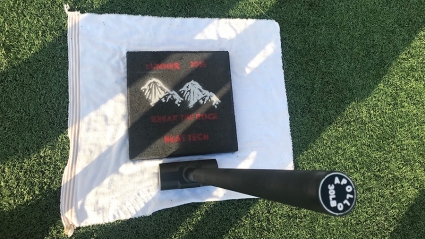 It had the words "Beat Tech" on it. 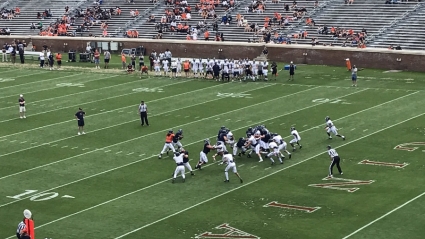 The Hoos did not play a spring game. 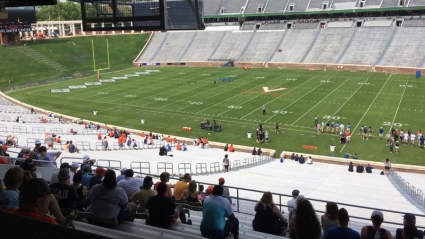 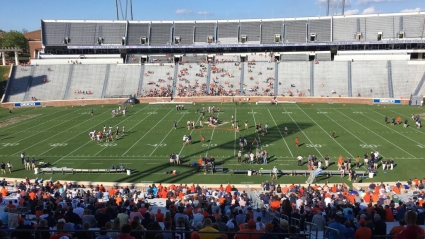 Football was the main event of UVA's spring festival, and some fans were there to watch it. 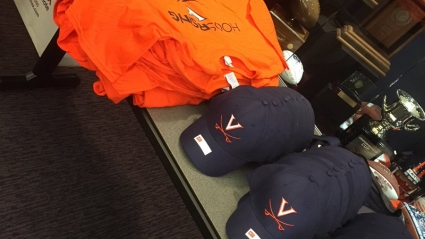 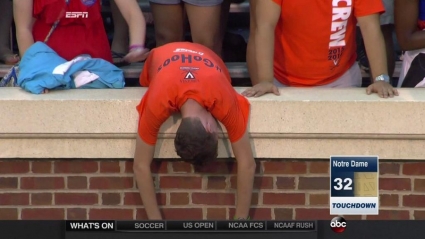 Virginia was 12 seconds away from upsetting Notre Dame. 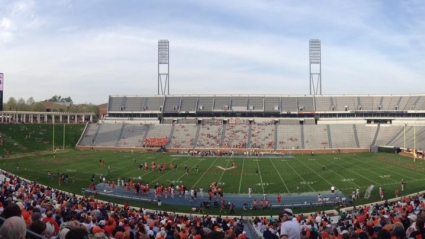 Football was played in Charlottesville and some fans were there to witness it. 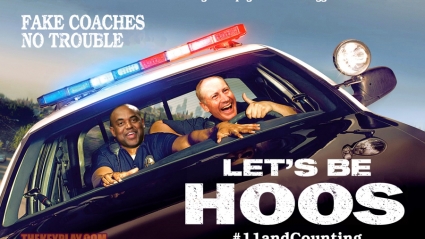 (Let's seriously never do that though.) 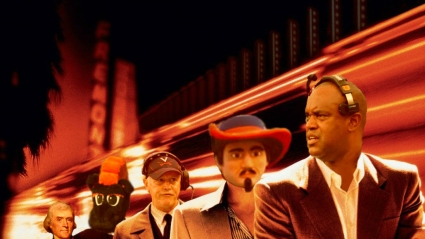 The blockbuster movie of the summer in Charlottesville.

Mike London is no stranger to showing off his dance moves. According to the video description, he led a Cupid Shuffle at the end of the Mike London's Women's Football Camp. If you listen closely, you can hear him say something along the lines of making this video go viral. As of right now, the video has 340 views, which is more than fans at the UVa spring game, but not enough to be considered viral. Coach London, I helped you out by posting this for our readers. I know Hokie Nation will enjoy it and pass it along.

@UVAFBRecruiting has been on Twitter since April 2nd of this year. I'm disappointed in myself that it took me almost a month to find out about it. Among other things, it (re)-tweets the requisite motivational messages from coaches, silly things the long snapper says, local media coverage, and Photoshops. Hilariously bad Photoshops that have been created to, I don't know, relate to high school kids, encourage them to commit to UVa, keep the program relevant? Perhaps high school kids do gravitate towards this sort of thing. If so, I'm as old and out of touch as a 30-year-old should be.

This photo was tweeted by Norm Wood of the Daily Press who added, "Here's a mid-first quarter shot of #UVA's spring game crowd (lots of folks in the shaded sections)".

I am breaking tradition by posting this in advance of Virginia losing to Duke, but the Hoos loss to Ball State accelerated my timeline. I was unable to track down an official attendance number, but UVa spring game jokes will continue for another year. More grabs are here and here. Thanks, 'Hoos. If you're interested in reading actual football things about the scrimmage, a few writers were among the masses at Scott Stadium.

From Mark Giannotto's recap, UVa's new offense was a bit of a mess.

But Saturday's spring game only confirmed that the Cavaliers will need to solve many of the same problems that ailed them during last year's 4-8 campaign. In a defense-dominated scrimmage that featured 14 sacks and three safeties, Virginia proved its quarterback situation remains in flux, especially with an offensive line that couldn't open up holes in the running game.

Even the final score, with the Orange team besting the Blue team, 18-15, added to the intrigue because backup quarterback Greyson Lambert accounted for two Orange-squad touchdown drives, compared with just one orchestrated by No. 1 option David Watford.

12/19/11 - Someone associated with Virginia came to their senses, realized how ridiculous this video was and closed their YouTube account "UVAFillTheHill". I'm going to respect that and won't re-upload it.

"I Pledge" was the most UVA thing ever, now just one month later Virginia has outdone themselves, again, with a Kanye inspired "All of the Hoos" promotional video for their trip to the Chick-fil-A bowl. I don't even have to make fun of it. It stands alone, triumphantly, atop a pile of smug UVa. But I'm going to anyways.

0:36 - 0:48 Where were these two clowns when Darth Vadar was trolling around the galaxy putting down the rebellion? YEAH, homemade, lightsaber looking, over-sized glow sticks. I bet these would be a hit at the next rave party brah. Let's just head bob like we're both E'd out, and jump on the table because don't give a fuck. WE'RE THE CHILLEST BROS EVER.

Is there any other way (besides bourbon) to celebrate? Some of these images are via the Collegiate Times gallery.

Virginia has done everything to get their uninterested fans interested in their mediocre football program. There has been a TV show, commercials and discounted tickets in Valpak. Now there's this, a video begging UVa students to come back to the grounds for the Commonwealth Cup. A Cavalier loss is expected, but one in front of a pro-Hokie crowd would be worrisome for Mike London, a man passionately selling the Hoo brand of football across the Commonwealth.

As for the video itself, that shit cray.

This is the third version of the video uploaded by the Hoos, the other two have been removed. Some things may have changed.

0:00 - 0:05 Nothing says Thanksgiving football like the slow, soft vocals Skylar Grey delicately massaging my sensitive side.

Mike London provided video of himself dancing to Comcast SportsNet. I bet you know what comes next. BeerControl's biggest scoop to date? I think so.

*In other news, Virginia Tech season tickets are sold out for the 12th-consecutive season.