These are the college football programs that have been ranked more than half the time over the past 20 seasons. 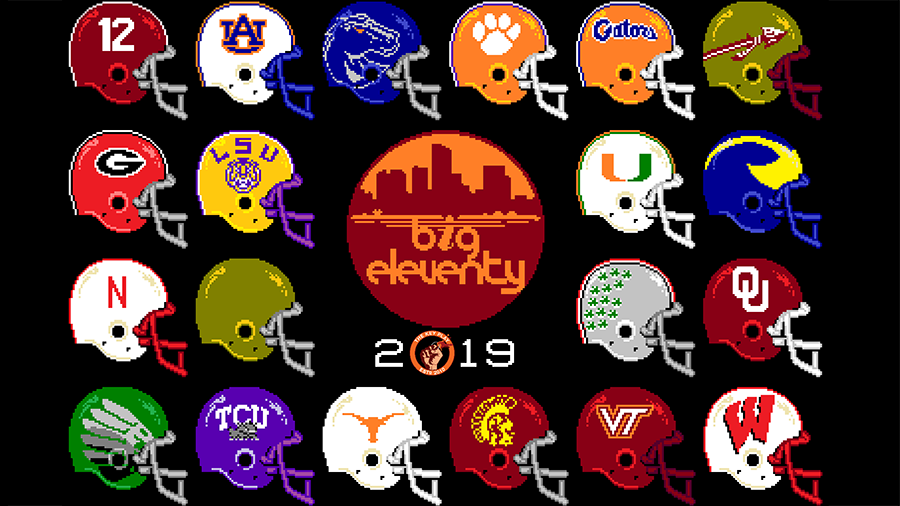 Each winter for the past several years I've sat down and tabulated a fake college football conference. Conference inclusion is a pretty simple decision; I simply go back two decades and determine who's been ranked half the time. Those are the members of the Big Eleventy Conference.

The name "Big Eleventy" allows me to play around with the imaginary number concept in the graphics. The conference changes membership gradually over the years, so it was originally a nod towards expecting the number of members to change from season to season. It's also a jab at the Power 5 conference naming convention, where everything's made up and the numbers don't matter. (Except for you Pac-12, you're doing basic arithmetic proud.)

Once conference membership is complete, I break down a bunch of statistical comparisons. My first charts here started off in Word and lately I've migrated over to Excel. The common thread of all these compilations is each year I get an excuse to spend a considerable number of winter hours indoors coloring with Microsoft Paint.

The mechanics of tabulating the Big Eleventy are a bit clunky. Each season, the results of the season from 20 years ago are replaced with the previous season's. As a Hokie fan, 2019 is not a great year for the Big Eleventy tabulation; it's the one swapped for the 1999 season.

However, it's interesting to see what kind of football program the Hokies have had in the 20 years since. They remain one of the few programs good enough to be comfortably ranked half the time.

Nobody dropped out this year, and Boise State joined the conference.

The Boise State football program traveled on a mind-boggling trajectory. While football was played at the former junior college as early as 1933, they remained a 2-year institution until well into the 1960's.

In 1971, they played the state flagship school, the Idaho Vandals, for the very first time as a peer in the Big Sky conference.

They hosted the FBS Idaho Vandals in their new Bronco stadium. The Kibbie Dome was finishing up construction as well, but it was behind schedule. As the "Away" team, still newcomers to big boy football, it's telling that they handily dominated their new rivals by a score of 42-14.

In 1996 they made the jump from FCS to FBS, earning their first AP Poll ranking by 2002. They're remained ranked pretty much every season since. They've managed to accomplish this with a pretty severe handicap- they're a Group of 5 (G5) school playing in a G5 conference.

While the P5-G5 distinction is a modern invention, they are the only other Big Eleventy member playing below major conference competition (BYU would have briefly made it into the Big Eleventy in 1995 as members of the WAC).

Teams with a ranked percentage >50%.

(The teams' percentage, and the next year eligible are in parentheses):

Teams at Risk of Dropping Out

Nebraska was on the bubble last season and required only one week ranked to make it into this season. Fortunately for them, the sports media gifted them a preseason ranking. They managed to drop only from #24 to #25 after a tough win against South Alabama before they were banished from the rankings the next week with an overtime loss to Colorado.

This season it will be much tougher to stay ranked >50%, and in this regard, Miami will struggle as well. Both teams are currently only a hair above 50%, and both teams will lose results from the 2000 season next year, in which both teams were ranked the entire season.

In short, both Nebraska and Miami will need to stay ranked pretty much the entire season to stay in the Big Eleventy next year.

The conference admission requirement is to remain ranked above 50% in the AP Poll for the past 20 seasons. Along with this breakdown, you can see how often each team is ranked in the Top 10, Top 5, and is ranked #1 over this time frame as well.

The next comparison is written in "Win-Loss" format. For wins, the number of seasons each team was ranked for the whole year (as well as "Losses"; how many seasons they missed being ranked entirely).

The last 4 comparisons on the "Ranking" chart show how each team stacked up to expectations. These charts show the number of times each team finished the season ranked, in the Top 10, Top 5 and National Champions (and in parentheses, the number of times they were projected to be here in the Preseason).

This chart shows breakdowns ranked by Winning Percentages. The comparisons cover all games, those against Ranked/T10/T5/No. 1 teams, Bowl games and records in the National Championship game. (First-round playoff games only count as bowls. The Playoff Championship game is tallied as both a bowl game and in the NC Game category).

This chart shows how each Big Eleventy team performs against every other Big Eleventy team. While it's notable that Boise State has the highest winning percentage, it's also worth mentioning they only play one of these other teams about every two seasons or so.

The metric comparisons and CFB Belt records, like the rest of the comparisons, are full 20-year comparisons. The Metric comparisons utilize the Fremeau Efficiency Index (FEI) and Bill Connolly's Success/Points per Play (SP+) rankings. While the FEI only goes back to 2007, the Simple Ratings System (SRS) is used for all seasons prior to this. (Data used in the SP+ calculations have now been retroactively calculated as far back as 1970! )Big thanks to bar1990 for digging this up.)

Each metric uses a standard, logarithmic scale. The actual metric values are rescaled and transferred to a linear 0-100% scale for ease of comparison. (Because metric rankings have no true "Top" or "Bottom" of their scale, the "100%" and "0%" values are chosen where some teams will exceed the top and bottom of the scales in some seasons, and no team will exceed 100 or hit zero in others. Other comparisons are made at 25%, 50% and 75% of scale to confirm the top and bottom numbers used in the transfer equation).

The College Football Belt goes back to time immemorial in college football. This breakdown only covers the past 20 years of records in Belt matchups.

Reliable Recruiting data is only available as far back as 2002. Fairly complete datasets from both Rivals and the 247 Composite are found back to this season.

These recruiting comparisons only cover the previous 18 seasons. Comparing recruiting rankings has been a popular request, so I decided to go ahead and start tabulating them this season.

For reasons I won't elaborate on here, the Rivals database is far more consistent and reliable before 2010, so the data pre-2010 is all converted Rivals data.

The two databases begin to resemble each other the closer you get to 2010. By this time the 247 Composite becomes the most reliable, so from 2010 and beyond I use the composite.

In order to convert the Rivals rankings to 247 Composite values, I ended up having to go down to some pretty fine detail. From 2017 to 2019, the 247 Composite has roughly the same curve when you rank all recruits signed with FBS teams from highest to lowest. So I made one reference curve for the 247 Composite, and then used this to determine what values to give to the Rivals recruits for the players on each Big Eleventy team for the 2002-2009 seasons.

that nice little asterisk in the round robin table..... 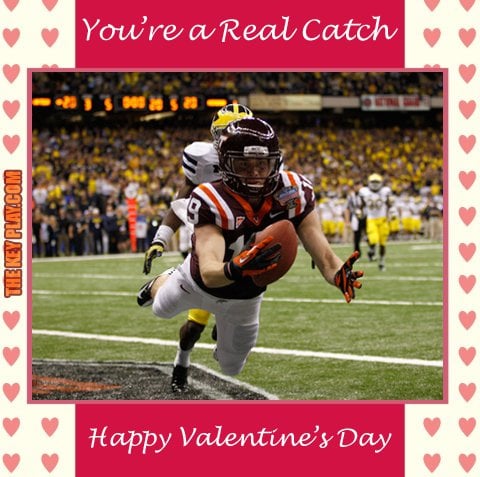 The most poetic anecdote to Boise State's emergence- in 2018, the Idaho Vandals and their sad little Kibbie Dome were relegated back to FCS.

Nebraska's goose is cooked for sure. I just don't see them finding a way to stay in the rankings half of this upcoming year. Glad to know Tech still has a little cushion even after the last couple of years. The recruiting chart is a nice addition as well.

Less than 20 years ago (2001), Nebraska had the distinction of being the only team ranked for any 20 year period consecutively.

Comparing recruiting numbers is something I'm glad to have added, but the 247 database is really pretty full of holes from back then.

Plus, Jarrett Ferguson and Cullen Hawkins would cut your ass down on a speed option.

Where is The Belt being tracked now? On Reddit? Or did you do your own determination?

Reddit tried to keep up with it, but they're not consistent. Somebody provided a link to the Hatch Rankings from a r/cfb post last October.

The Hatch Rankings track the Belt holder, but they don't really track it in detail the way the Original site did.

(I highlighted LSU in red to show they currently hold the belt).

In the round robin table, it looks like we are simultaneously 0-2 and 1-2 against Alabama?

I checked last seasons Round Robin table (when the win rolled off) and it was correct; not sure how I messed that up.