I put this together over the course of a few work lunch breaks, and just remembered I hadn't posted it.

Note: Rankings that were used to organize this spreadsheet were acquired at 247. I did it all manually, so there are probably mistakes. There are recruits that fall within the top 701 all time recruits who have not signed with a team; they are omitted. The 247 rankings start in year 2000.

I've compiled this spread sheet documenting where all the 5 star recruits in history have signed.
Since the start of the recorded rankings on 247, 54 schools have landed a recruiticorn. Of those 54 schools, only 20 have landed double digit recruiticorns (85.17% of the total available recruiticorns).

So, then we look at where we rank.
We are solidly in the running with NC State, Rutgers, UNC, Colorado, Missouri, Wisconsin, Cal, UMD, Washington, Arkansas, Virginia, and South Carolina. Only one of those teams appears on the list of NC titles above, and it's not a consensus title.

Again, it's difficult to claim that 5 star recruiting is a recipe for success. But, it is impressive to see the amount of 5 star talent at FSU, a team that only managed a single NC in the last 18 years.

unfortunately while other schools are landing the Polluticorn, we're going after Recyclops and reusing the same tired narrative of "diamond in the rough" player development time and time again

Better representation would be the last 5-10 years instead of looking back further than current recruits are old.

I pondered tracking the dates of the acquisitions relative to the date of the last claimed national title. Then I realized how many players I was looking at, and it was just too much of a daunting task. I had assumed I'd look at the two years after each title to see if there was a noticeable increase in the number of 5 stars taken. The thought being that winning brings in this type of player.

I think this proves that teams that land a single 5-star recruit, like Missouri with Dorian Beckham-Green, do not necessarily win championships, but the programs that consistently land 5-star recruits turn talent into titles.

I don't agree with that. There are a lot of teams with a lot of 5 stars on that list with no or only 1 title. I think what it proves is you can't win without 5 star talent but 5 star talent alone won't win it.

It's weird. It's almost like coaching and program development matter...

That's merely because we're in the middle of two dynasties, who are consistently landing the majority of the current 5-star players.

I forget where I read the article but basically no one has won the national title in the BCS+ era without two straight 3+ 5* recruiting classes. The moral of the article was you have to have 5* to win national titles.

UGA is the biggest failure since they have 0 titles.

I think they have 1

I meant in the time frame listed in the data above.

Define recruiticorn so I can better understand this chart?

I think you can definitely win a NC without any 5 star players.

A solid 2 deep of 4 star players would do the trick.

So all we have to do to beat the Clemsons and the 'Bamas is to ... what? They have the recruiticorns AND a solid 2 deep of 4 star players?

I love me some Frank Beamer, but one of his two glaring failures* to the program was the reluctance to recruit outside Virginia. Doing so during and immediately after Michael Vick would have likely been huge to our program.

We did land the No. 1 recruit in the country (Kevin Jones) from Pennsylvania immediately after the Vick era. But your point is still valid, we didn't really recruit much outside Virginia until we joined the ACC.

In Beamer's defense, I'm guessing VT is the only school in the last 20 years to play in a national championship game without a single top-10/15 recruiting class. In the 1990s, I don't think recruiting services were ranking classes like they do now, but I'm confident VT wouldn't have been in that range.

Well that was 35 years ago.

But WOW, I honestly didn't realize BYU had won the national title in 1984. That is shocking to me.

It was the last time a team won its first national championship.

In the BCS+ era only VT and Oregon have played for a title without winning one prior.

EDIT: forgot about FSU, though not about Colorado, I don't recognize that championship.

Another trend that has been analyzed recently is the "grouping" of top recruits. With all the forms of communication in the Information Age, camp circuits, and AA games the top guys recruit the other top guys to all play together to try and win championships. This combined with the increasing resource gap has further brought college football closer to European soccer where the top teams with the most resources keep getting better with the occasional Cinderella. The gap is getting wider between tiers of college football teams.

And I'd point to proof of that being Clemson racking up a lot of their 5 stars very recently. Granted, it's probably a combination of having just won a championship and the grouping. But, they have had several recent classes with multiple top players getting the Crystal Ball love, and several actually signing.

I kid but the data really only validates what is common sense. I would argue though that the volume of 4 star talent is more important than the 5 star talent but the two kind of go hand in hand.

Thanks for the work! But really not surprised at all. There's always a "1%" getting the majority of the resources in everything.

What about the transferacorn?, that seems to be Fuente's niche unfortunately... 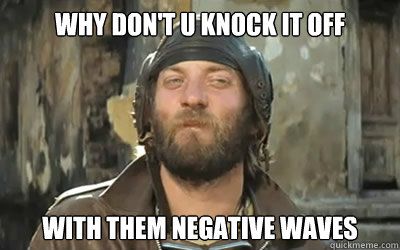 An all time great movie.

Such an underrated movie.

One thing I notice is that there are only 47 players in the 1-50 column. I understand the methodology and why this could be so, but I'm curious: Who are the three top-50 guys not shown? Are they still in high school and not yet signed, or did they wash out somewhere along the line and never make it to college?

There are unsigned 5 star players showing in the 247 list. I didn't include them (says that in the OP). Also, I was cramming this and eating lunch into my 30 minute lunch break. I can assure you I made mistakes.
Very few of the unsigned people were committed. Some were 50/50 on their crystal balls. So, it seemed like the best course of action is to omit them.

One thing to point out, is a few of the programs talked about as borderline blue-bloods don't even scratch the top of the list. There is a lot of talk around here about programs like Penn State, Michigan, and Notre Dame, and their recruiting status vs ours. With respect to winning those five stars, we are a lot closer to them than to conference teams FSU, Miami, and Clemson. So, in the recruiting world, that near-blue blood status isn't helping them bring in the very-top-tier recruits.

I'm not sure how that's close? Am I reading the chart wrong?

Note how I said "closer" than we are to three teams with 26, 26,, and 55.
We are expected to compete with conference teams pulling huge numbers, while aspiring to the levels of the three I mentioned.

15>7.... but a lot of it also has to do with being in talent rich areas. Michigan, Pennsylvania, and Indiana aren't hotbeds of talent like Florida and California are.