Versatile guard/forward explains why he signed with Virginia Tech and Buzzketball. 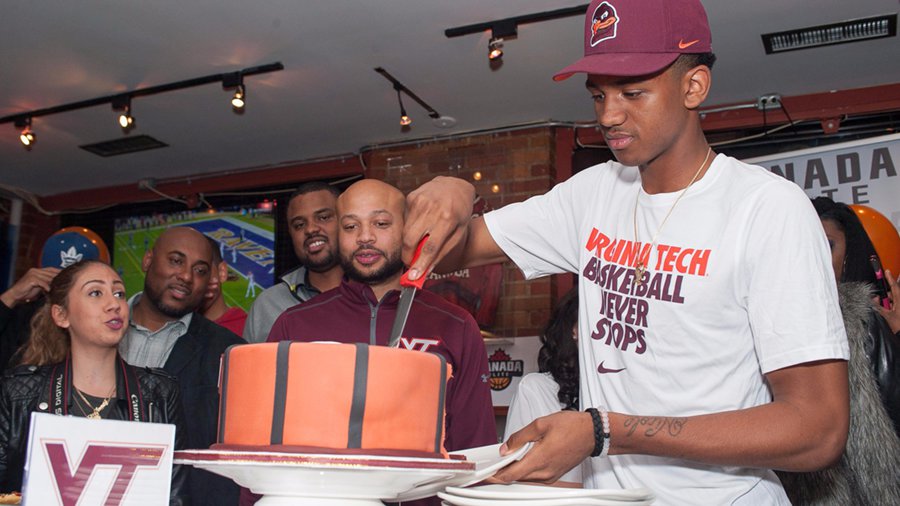 The opportunity to learn life lessons first-hand from Buzz Williams is an enticing proposition. In fact, a chance at mentorship from the preacher of the #getBETTER philosophy is ultimately what earned Virginia Tech blue-chip wing Nickeil Alexander-Walker's signature last November. The 6-6, 190 pound Toronto, Ontario, Canada product recently chatted with DraftExpress at the 2017 Nike Hoop Summit and answered, "Why Virginia Tech?"

"Buzz sat me down in his office, which every visit does, but it was different between Southern California and Maryland," Alexander-Walker said. "Southern California and Maryland, they sat me down and they talked about how I would help their program, and how I can help them. Buzz sat me down and he talked about how he could help me. How he can turn my life around, almost. He didn't talk to me about what I was going to do on the court. He talked to me about who I was going to be after I left. Because there's going to be a life, it's only there for four years, and I got to know 'How do I live?', 'How do I survive?' and 'Who do I want to be?' after Virginia Tech. So Buzz taught me that there's always a life afterwards, and he showed me he could help me with that life afterwards. So that kind of closed the gap and made me decide Virginia Tech."

"Nickeil is deserving of all the hype and rankings he has received over the last year as a player, but despite his talent on the floor, I think his character is even greater," Williams said in a November release.

Alexander-Walker is rated as a 4-star recruit by 247Sports and Rivals. ESPN.com ranks him as a 5-star prospect and No. 25 on the ESPN 100.

That's a good pitch, but can only be made if the guy giving it is sincere.

Nothing has ever made me question Buzz's sincerity/integrity, so I think it's safe to say it's a good pitch

That's true, and it's absolutely the essence of Buzz.

Of course it may also appeal more to certain players - the kind we really want.

Man it's going to be cool seeing him hit the court next season.
Have we had a recruit ranked this high before?

None that stuck around, but DFS was ranked higher in '11 than NAW is now

That article is part of the reason why I love Buzz as our coach.

A winner (Coach Buzz) draws winners to himself. We definitely have a gem in him. Now we are beginning to see the fruit. Thank Whit! And we look forward to seeing Nickeil rock the court.