Offense, Defense and a Special Team

The Hokies had their ups and downs over the last week, but as Mike Young's bench begins to dwindle, what can he do to keep this train moving forward? Let's examine the film. 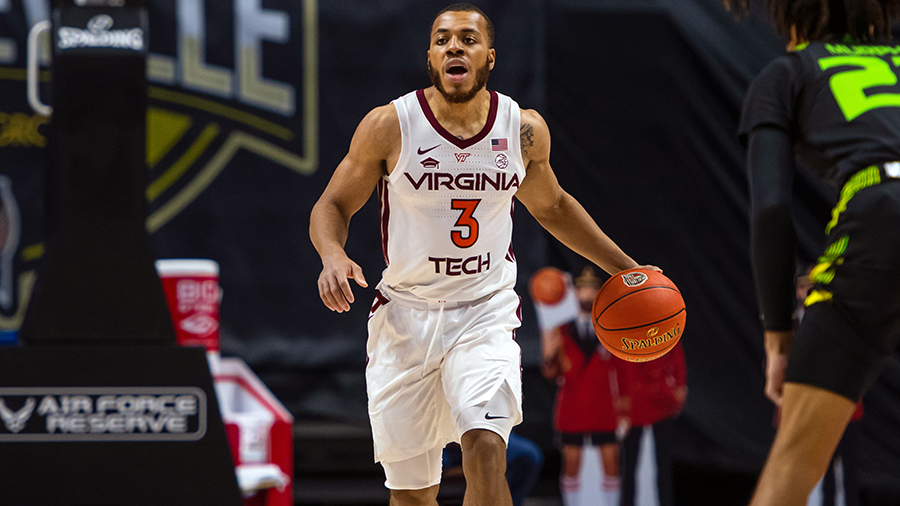 The Virginia Tech men's basketball team ran the entire gamut of emotions in the last week. They handily beat Virginia — the best team in the ACC. And then, they were run out of the gym in the second half by a mediocre Pittsburgh squad.

But the two results shined a light on what's working and what could be better for the Hokies as they make the turn down the stretch in conference play.

After the win over Villanova in November, the metamorphosis from last season's team was obvious. The Hokies no longer relied on making boatloads of threes and the ups and downs of one player (shoutout Landers Nolley). With Hunter Cattoor, Jalen Cone and Nahiem Alleyne still on the roster, Tech still shot well from deep, but had a new group of players who could get their own shot.

Tyrece Radford, Keve Aluma and Cartier Diarra could all get to the rim with the ball in their hands. This was an essential departure from the 2019-20 Hokies, who needed perfect execution to forge a path to the basket, and proved its worth against the Wildcats. Diarra was just 1-8 in the comeback vs 'Nova, yet he drew two free throws to cut the lead to one with 12 seconds to go, and then broke down the defense and assisted on Keve Aluma's potential game-winning layup.

The Kansas State transfer had a bad outing, but showed how those skills can transcend when the game's on the line. Between Tech's newfound playmakers and an ability to crash the offense glass with rabid ferocity, Mike Young's squad had a whole new opportunity for easier points.

Flash forward to today. Diarra's gone, Radford's gone (for now), and rebounder/pick-and-roll partner Cordell Pemsl is gone until further notice. Young's pantry became more paltry, and he and his staff will need to do an incredible job to piece together easy looks at the rim.

Those looks will start, as everything in the basketball program currently does, with Aluma.

Though he can still run a bit hot and cold, the Wofford transfer has proven time and time again that he can score 1-on-1 against anyone. His footwork in the post is fantastic, and his sense of when to pull an extra trick out of his bag is impeccable.

The clip above doesn't require much context, but just remember that by this point Aluma had already ripped the souls out of Jay Huff and Sam Hauser's bodies with strong one-step moves to the basket. Here though, he hit Hauser with a little okie doke, faking the strong step in and countering with a hook the other way. This is grade-A post play.

But when everything's working, Young doesn't have to scheme everything up for a post touch.