Mike Young has paved a different path to success in college basketball. An in-depth look at Young's system: what it is, why it works, and how the Radford native continues to defy recruiting rankings. Complete with statistics and interviews from a pair of current Virginia Tech men's basketball staffers. 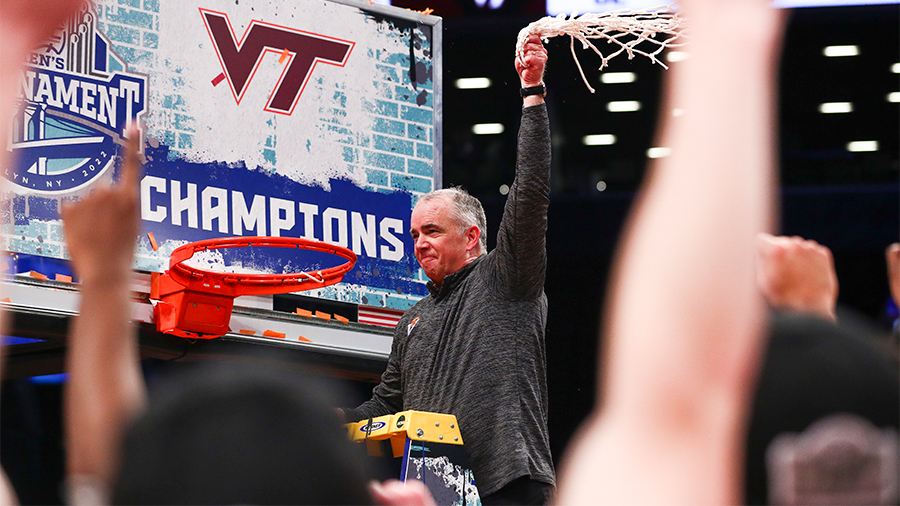 Recruiting is the lifeblood of college athletics.

It's an old cliché, but it's true: the best teams win because they have the best players. Since 2006, every men's basketball national champion has had at least four top-100 recruits on their roster. While the recruiting industry is far from perfect — fraught with bias and occasionally more reflective of a player's visibility than their viability — it does a pretty good job of predicting who the best teams will be. If you want to compete at the highest levels of sports, having top-end talent is a prerequisite.

That is, unless you're Mike Young.

As the 2022-23 college basketball season begins on Monday, Virginia Tech finds themselves in an unfamiliar position. The Hokies enter the year as reigning ACC champions, having upended conference powers Duke and North Carolina in their magical run to the conference crown last March. They did so with a roster conspicuously devoid of five-star talent, constructed by a man who in his 20 years as a head coach at Wofford and Virginia Tech has demonstrated an uncanny ability to find value in players where others have not.

Now, as Tech adds a new chapter to their basketball history, it's time to talk about the man behind the curtain. What makes the Young system click, and how exactly does he do so well with lowly-rated prospects? When you watch Virginia Tech basketball, you can see great coaching on full display: the creative offense sets, the ball movement, the tremendous three-point shooting. It's tied together by a staff that has successfully implemented a unique offensive scheme while excelling at player evaluations. And we have to talk about it.

Over the past year, I spent time creating a college basketball recruiting database using the 247Sports Composite rankings, tracking the recruiting profile of every player on every team dating back to the 2013-14 season. This data gave me valuable insight into the world of recruiting, and allowed me to better quantify talent evaluation and player development. You might think that Young is a tremendous developer of players. But you don't know how good he really is.