The Gang is Back Together

With a daunting schedule looming ahead, Virginia Tech needs their playmaking guard in a big way. 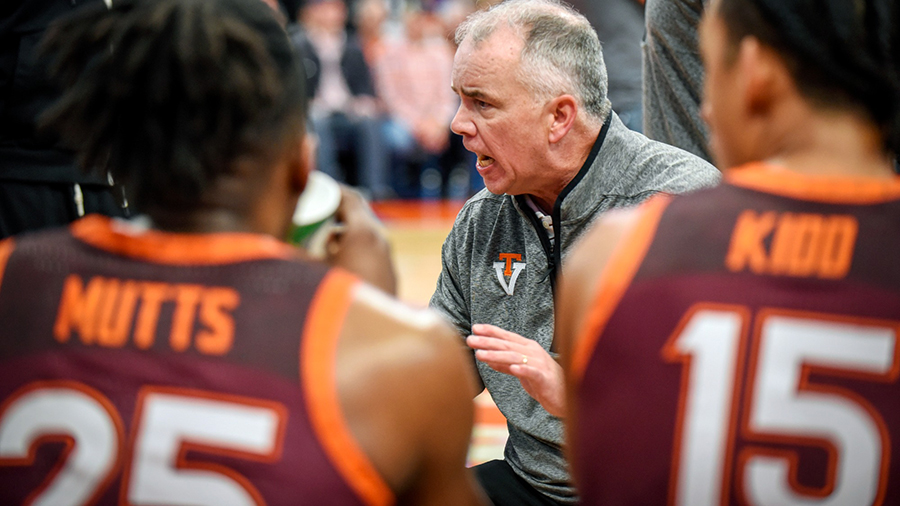 For the first time in a while, there is a glimmer of hope.

Virginia Tech appears to be getting Hunter Cattoor back for tonight's game at Virginia. At least, that's the latest word from Mike Young, who said as much in his press conference on Monday.

Is the Hokies' head boss just engaging in gamesmanship to keep the opposition guessing? Or is Agent Zero really back? Young's language has become increasingly optimistic, so I'm inclined to believe the former.

This is a huge game for Virginia Tech, not just because they are playing their archrivals but because they have an opportunity to win a Quadrant I game. Indeed, five of Tech's next six games will be against Quad I foes. It's a stretch that will likely make or break the season.

In recent columns I've belabored the point about how Cattoor's absence has impacted the Hokies in this three-week stretch of winless basketball. Today, I want to put that to rest by offering quantifiable insights into the areas where Tech is struggling, and detailing how Cattoor can help.

Earlier this week, I was playing with some numbers and did a comparison of Virginia Tech's statistical performance before and after Cattoor's injury. (To normalize for strength of schedule, I am looking only at games against Quadrant I and II teams, and conference opponents.) Here's what I found.

On the offensive side, Tech's offensive efficiency is down (duh!) by about seven points per 100 possessions without Cattoor. We can break that down further to illuminate some problems.

Tech's FT rate is way up. Free throw rate is the ratio of free throw attempts to field goal attempts. For the Hokies, it's increased by over 50% without Cattoor. This is almost entirely because of Sean Pedulla, who is now trying to make plays off the dribble more than he has in the past and as a result is getting fouled. There is nothing inherently wrong with this, but remember that Young teams don't get fouled a lot (his teams typically rank in the bottom third nationally in FT rate). Young's offense is built around motion; he wants to generate open looks through movement and passing, rather than iso plays where players drive to the rim. Most of the good looks will come from three-pointers and post-ups, where it's harder to get fouled. Pedulla has taken more initiative to create offense, but it's not leading to winning basketball. With Cattoor back, the Hokies have a player who can cut, screen, and pass within the typical flow of the offense.