By the (Advanced) Numbers: Streaks and Valleys

The Hokies need to protect the ball and tame an active Cavaliers defense for a shot to make 15-in-a-row.

There is no good news to follow: if you can't handle the ugly truth, now would be a great time to stop reading.

Since playing Notre Dame, the Hokies have not had a 50+ percentile game yet. When one unit has performed well, the other has not. Against Georgia Tech, the Virginia Tech offense put together an 85th percentile performance while its defense gave a mere 12th percentile. Against Boston College, the defense managed a 57th percentile while the offense gave a 25th percentile.

Worse, there's no light on the horizon this season. Virginia is a clear favorite and Marshall is a good team. Everyone knew the streak against Virginia was going to end eventually, but I always hoped it'd be a fluke, not a result of a Virginia team being clearly better. That situation is far more foreboding looking forward. A team that is looking to take a step towards national respect now finds itself needing to earn respect in its own state.

Virginia Tech is currently 4-6. The actual and predicted score difference and odds of winning each game are: 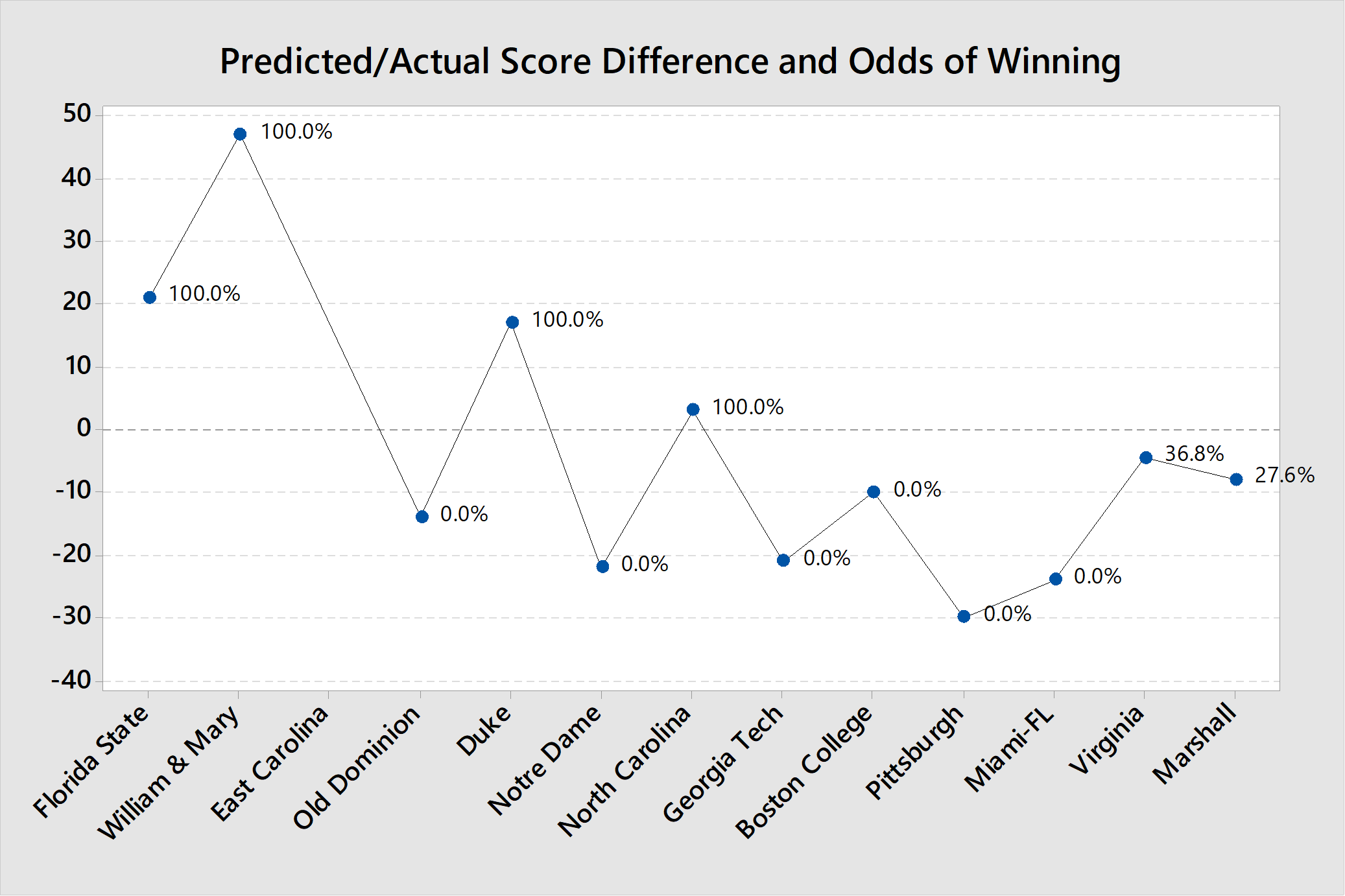 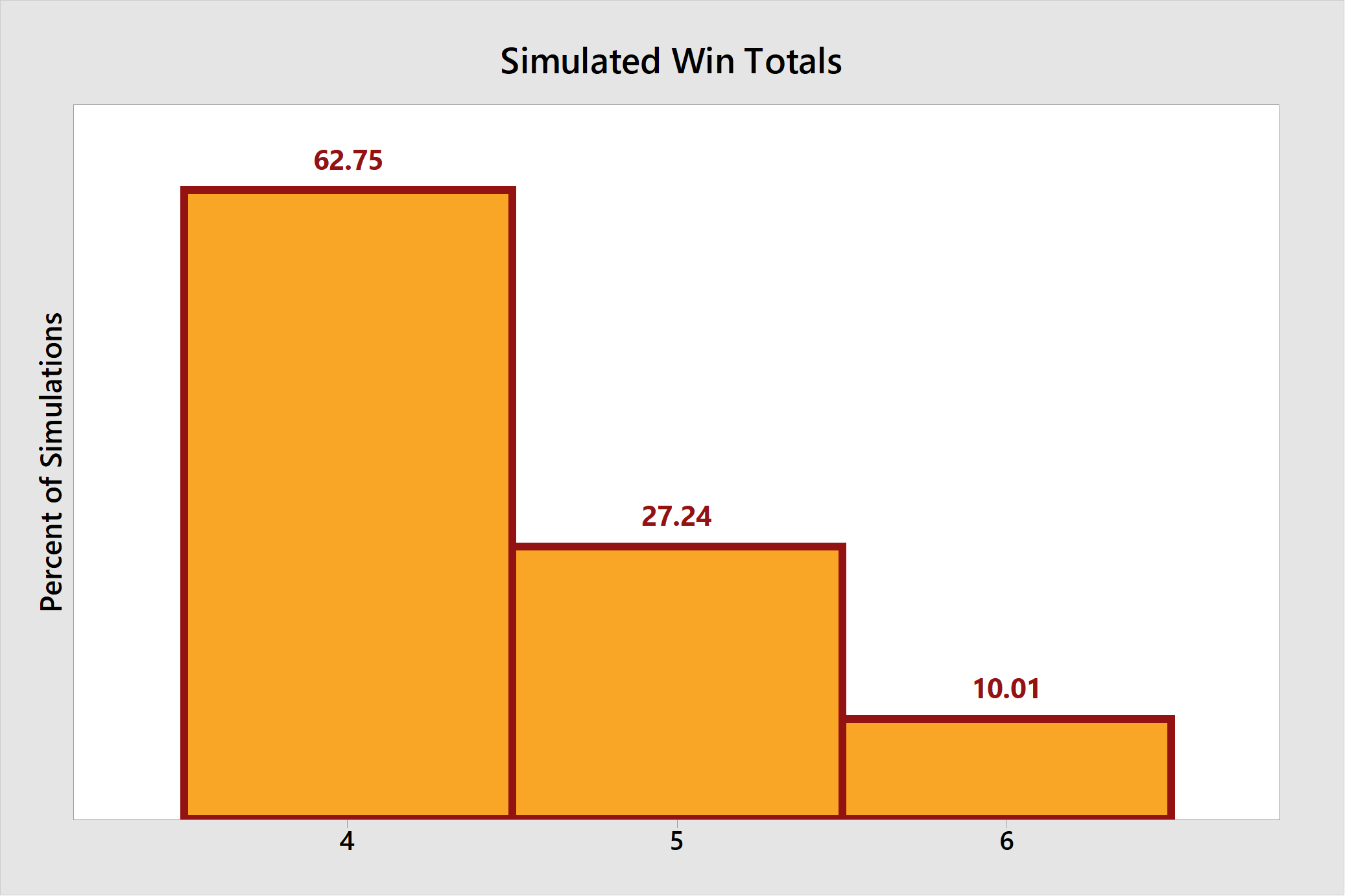 That is sobering to say the least. Whit Babcock was successful in scheduling an additional game should the potential for bowl eligibility exist, but the opponent — Marshall — is no pushover. A win against the Cavaliers would be far from a guarantee of a bowl appearance. That said, the future games named in the deal with the Thundering Herd make sense from a geographic perspective, and there are worse teams to play out of conference than Marshall. 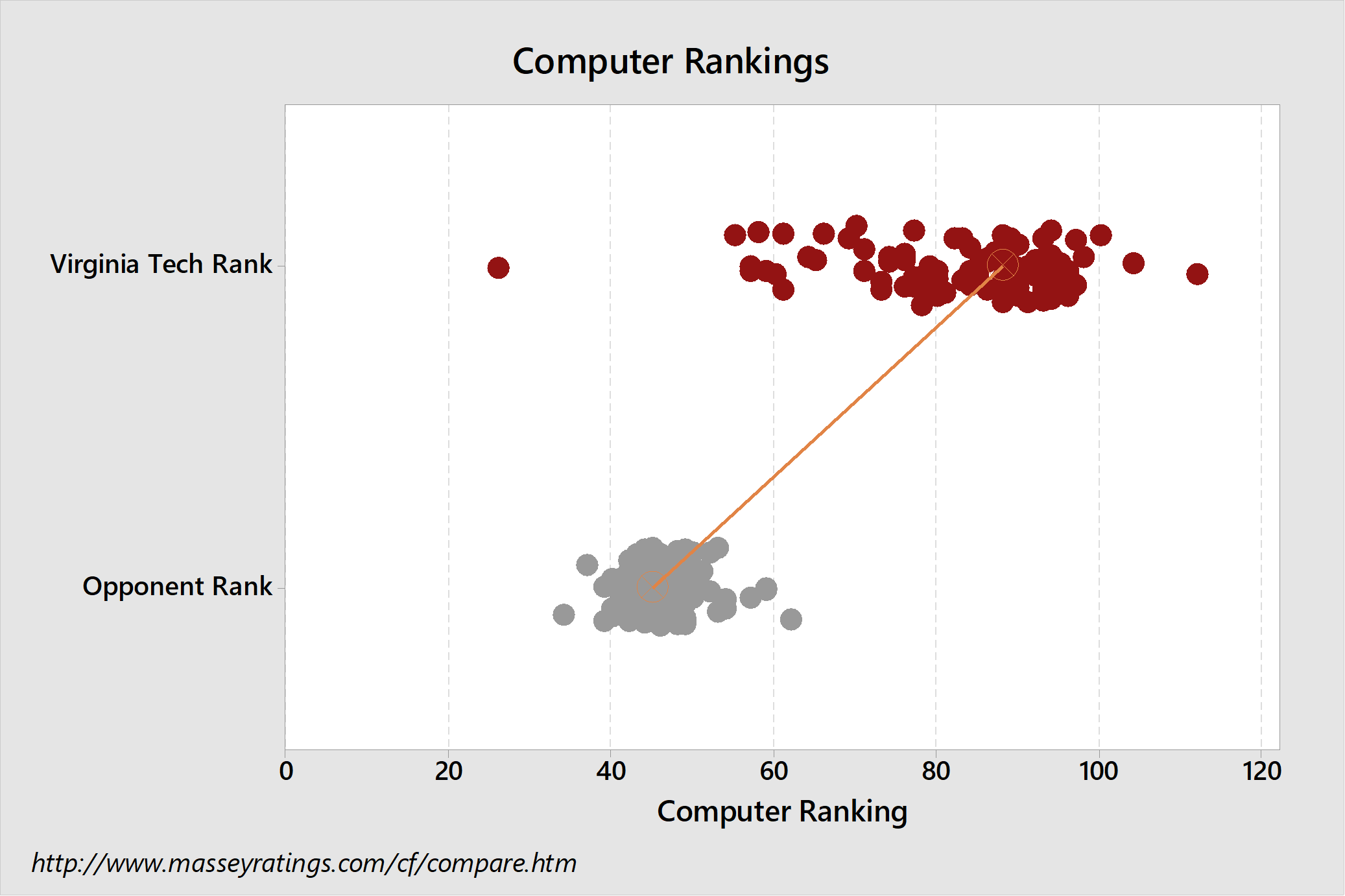 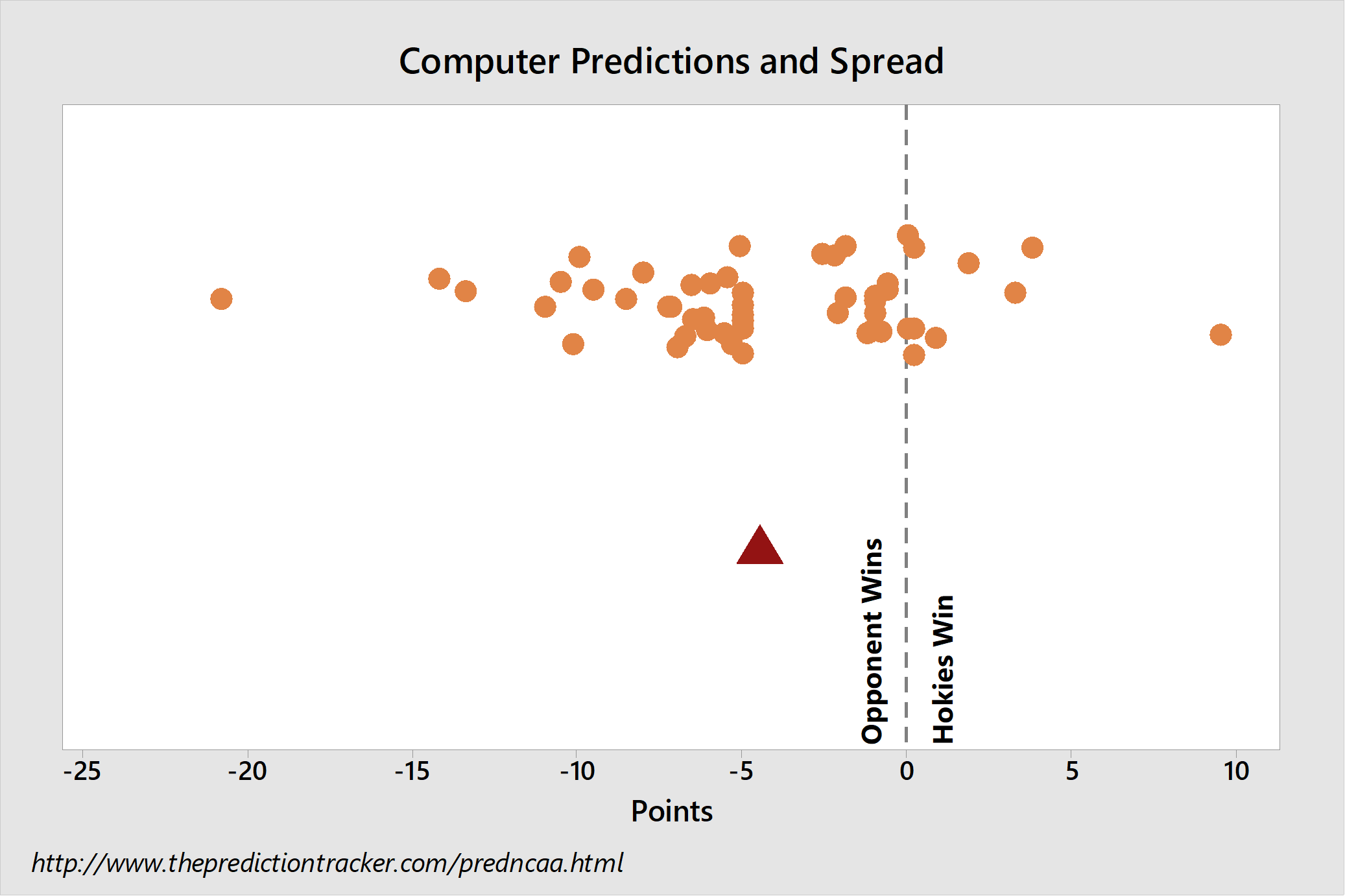 On the bright side, there are computers that believe Virginia Tech is more likely to win this game, not all hope is lost. The odds of a 4.5-point underdog winning is 36.8%. 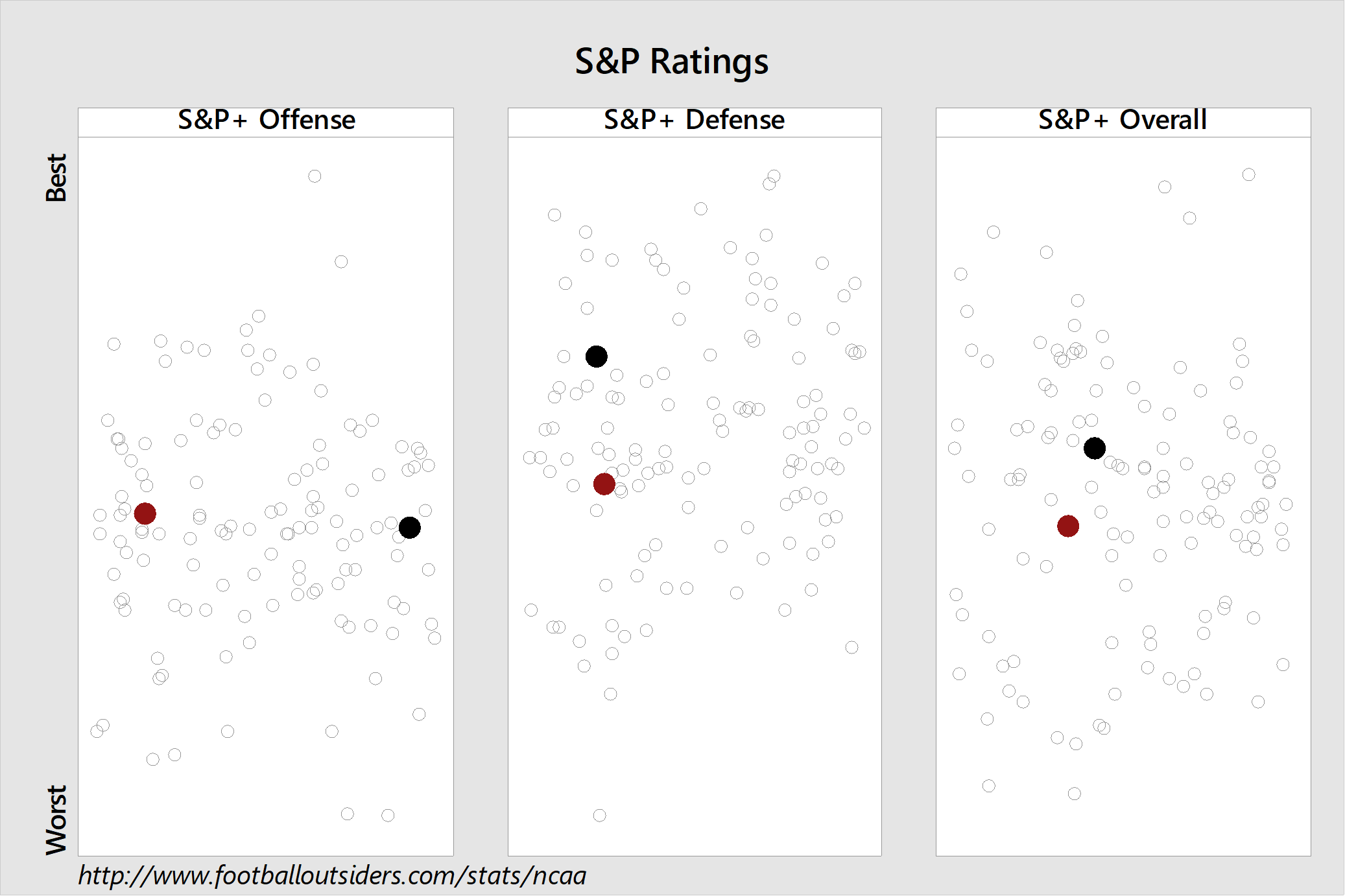 While both teams feature a middling offense, on the defensive side of the ball, the Hoos have a distinct advantage, led by a good secondary that excels at creating turnovers.

Here is an explanation of S&P+ ratings, and FEI ratings. Most statistics are now opponent-adjusted.

Who has the advantage in the passing and rushing game when the Tech offense has the ball? 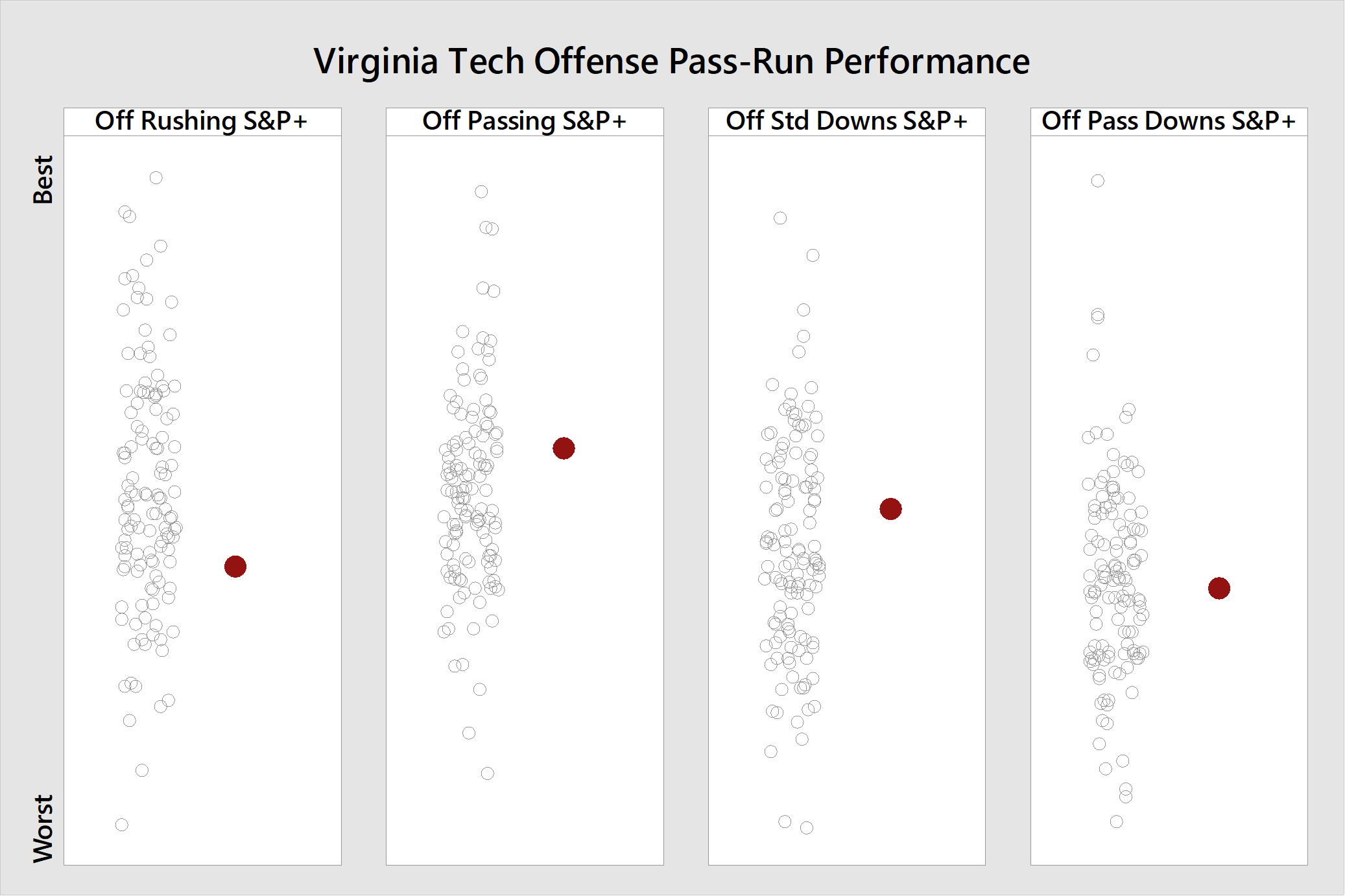 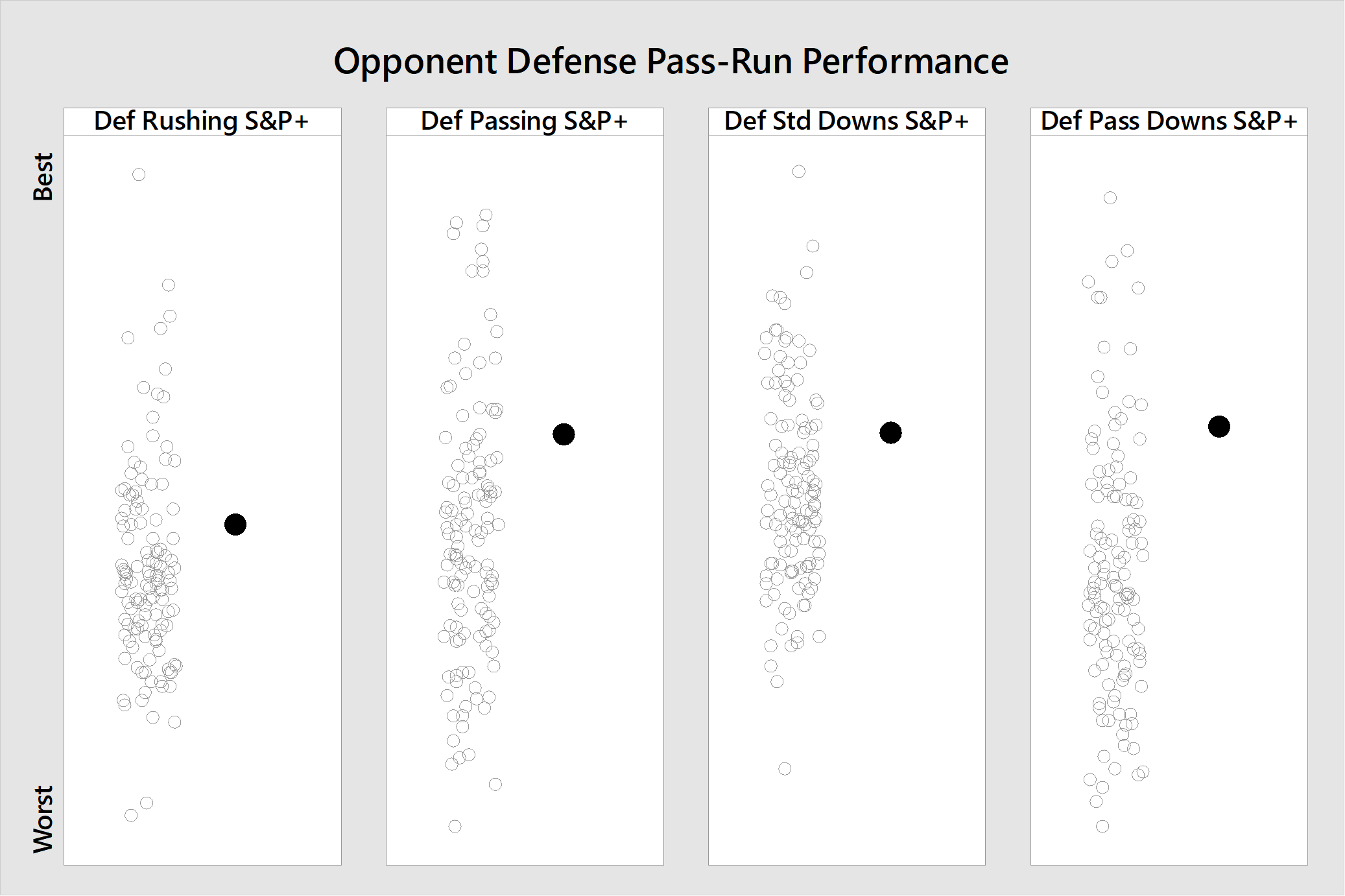 Across the board this is a strength-on-strength matchup in these metrics. Finding some success in the run game should be possible, but fans have been disappointed in such matchups before.

What style offense do the Hokies use and what style will they face? 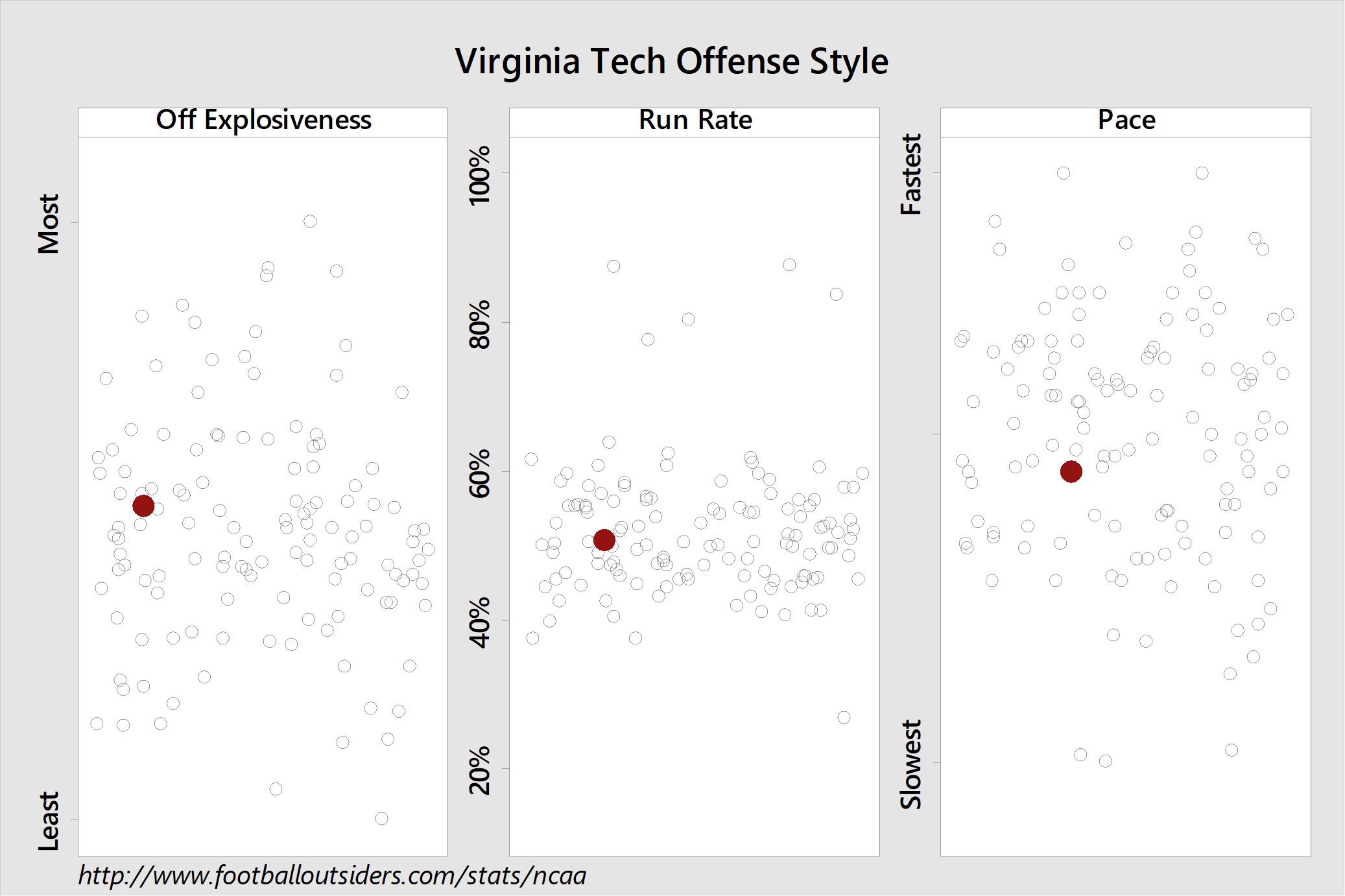 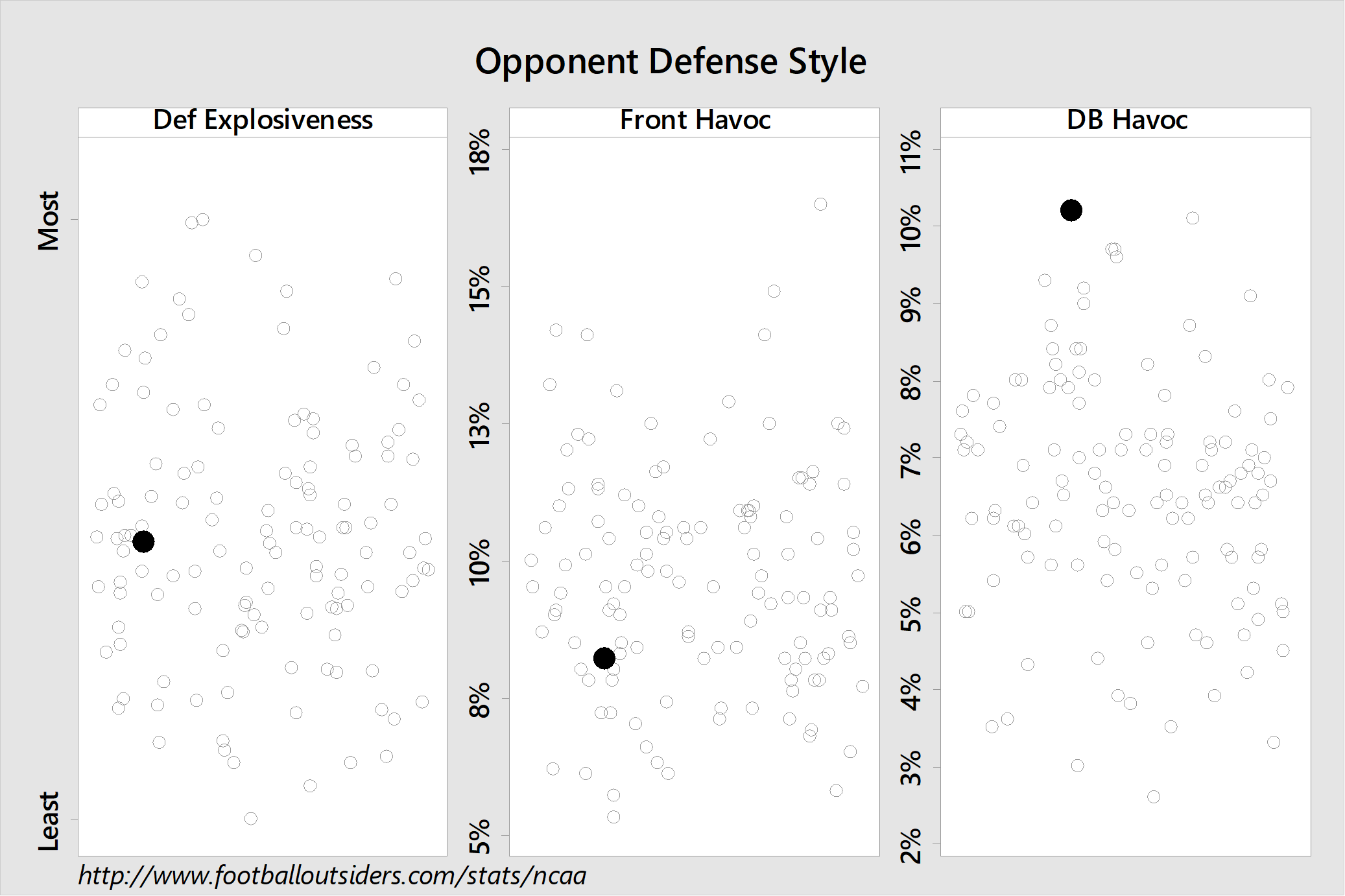 The Cavaliers secondary is a ball-hawking bunch, leading the nation in DB Havoc. Ball security will be really critical in this game because the Hokies defense can't be trusted to stop even the average UVA offense. 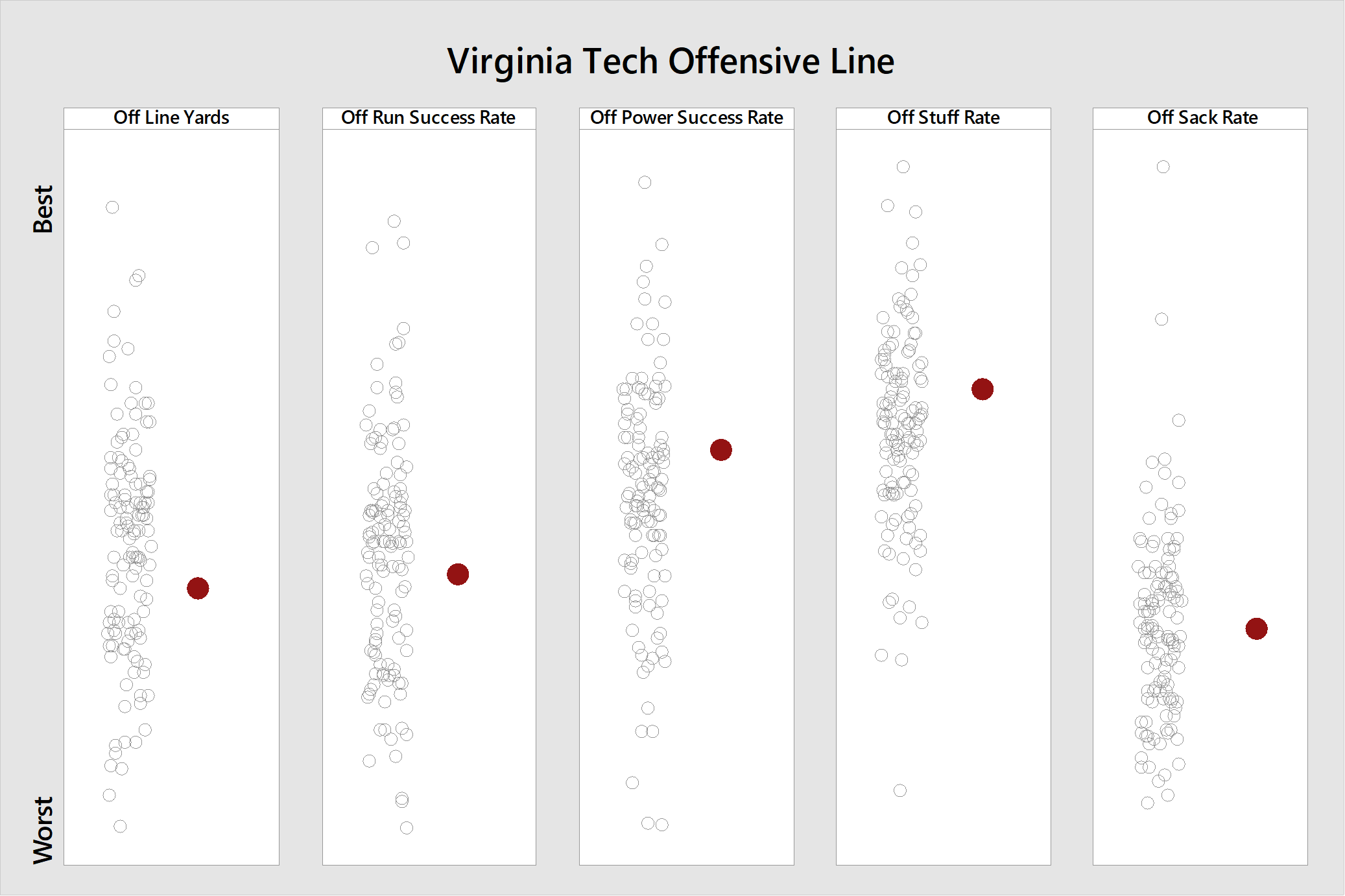 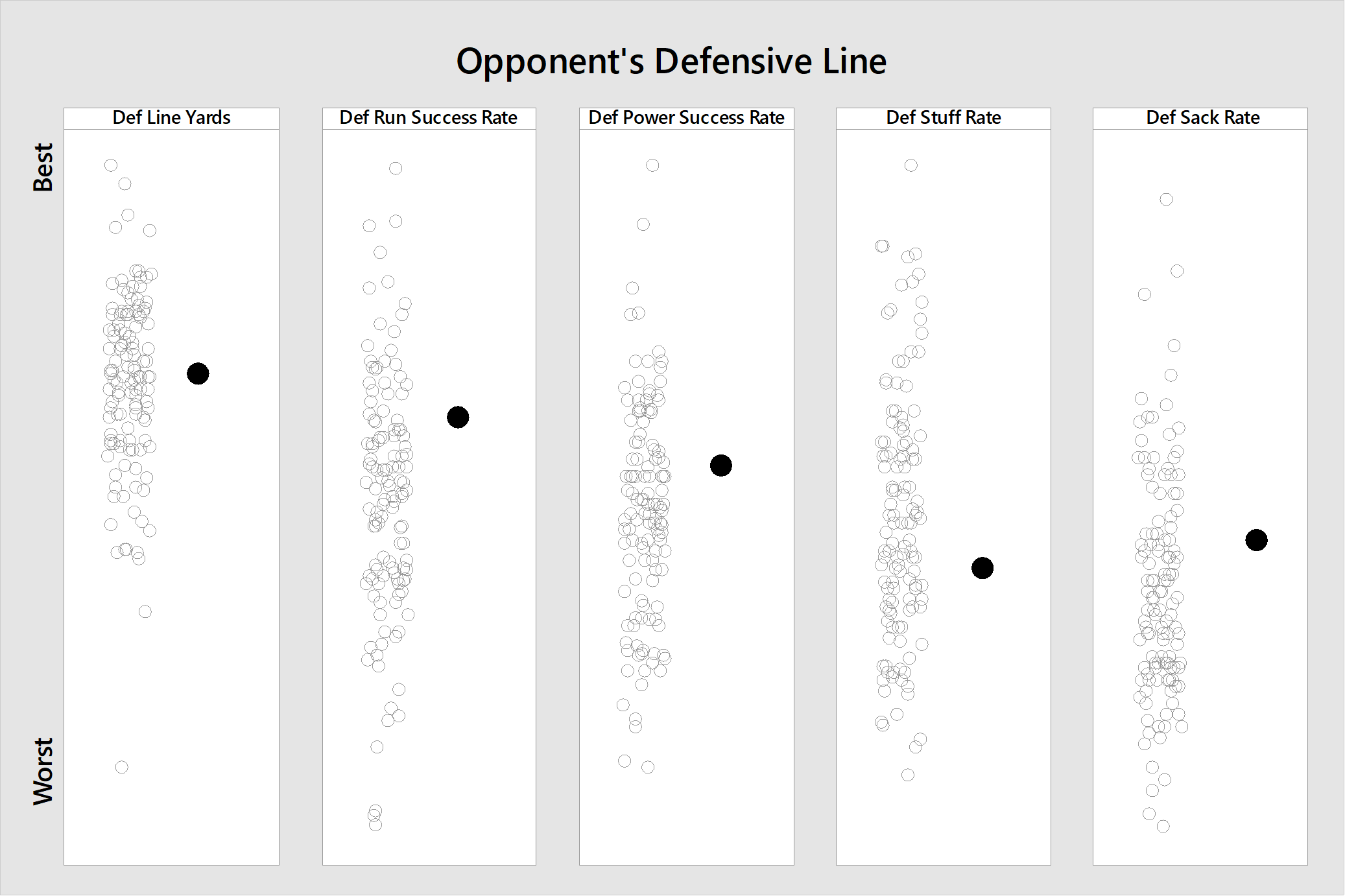 The Virginia Tech offense is closest in personality to:

The Virginia defense is closest in personality to:

When Virginia Has the Ball 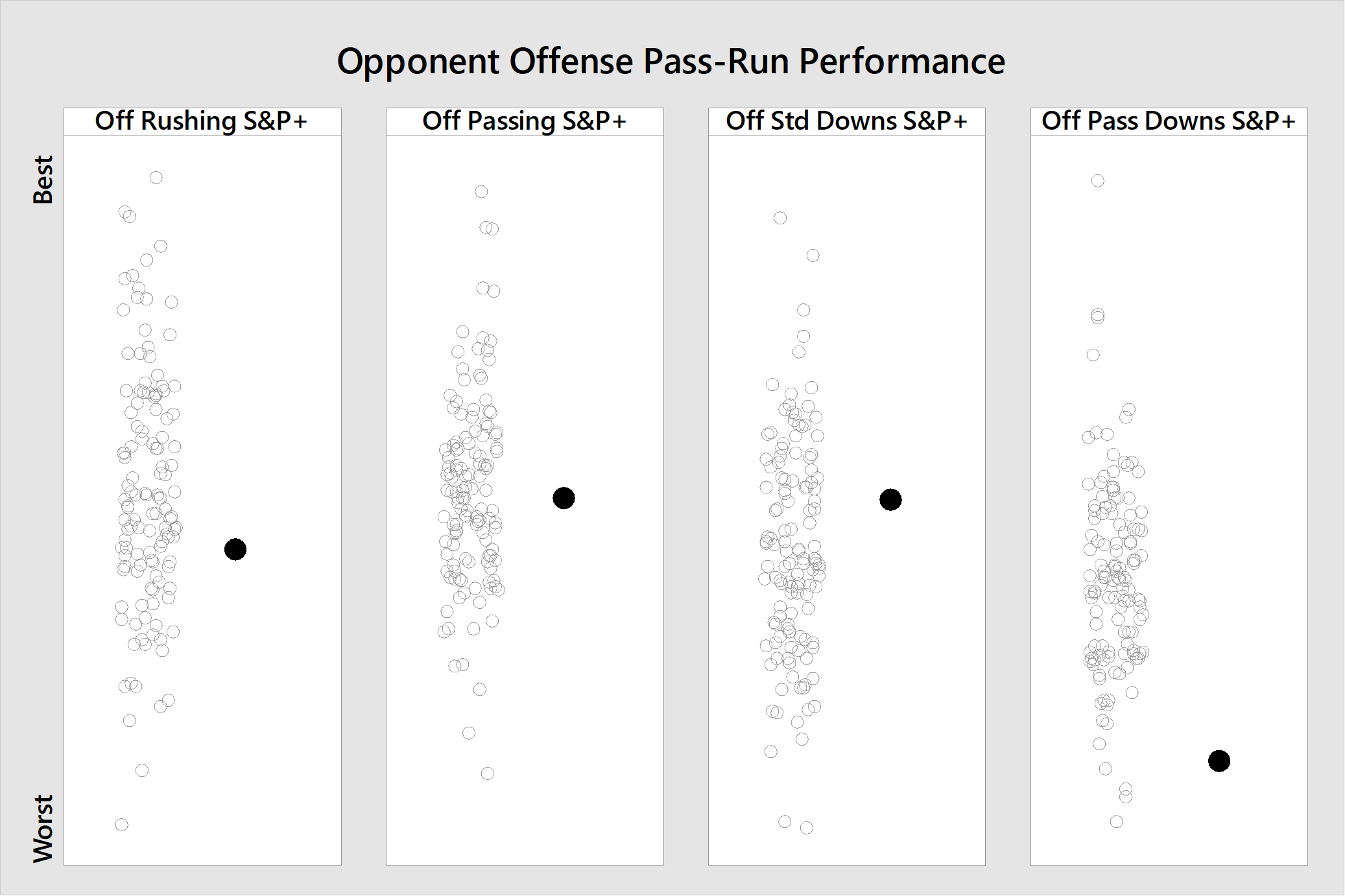 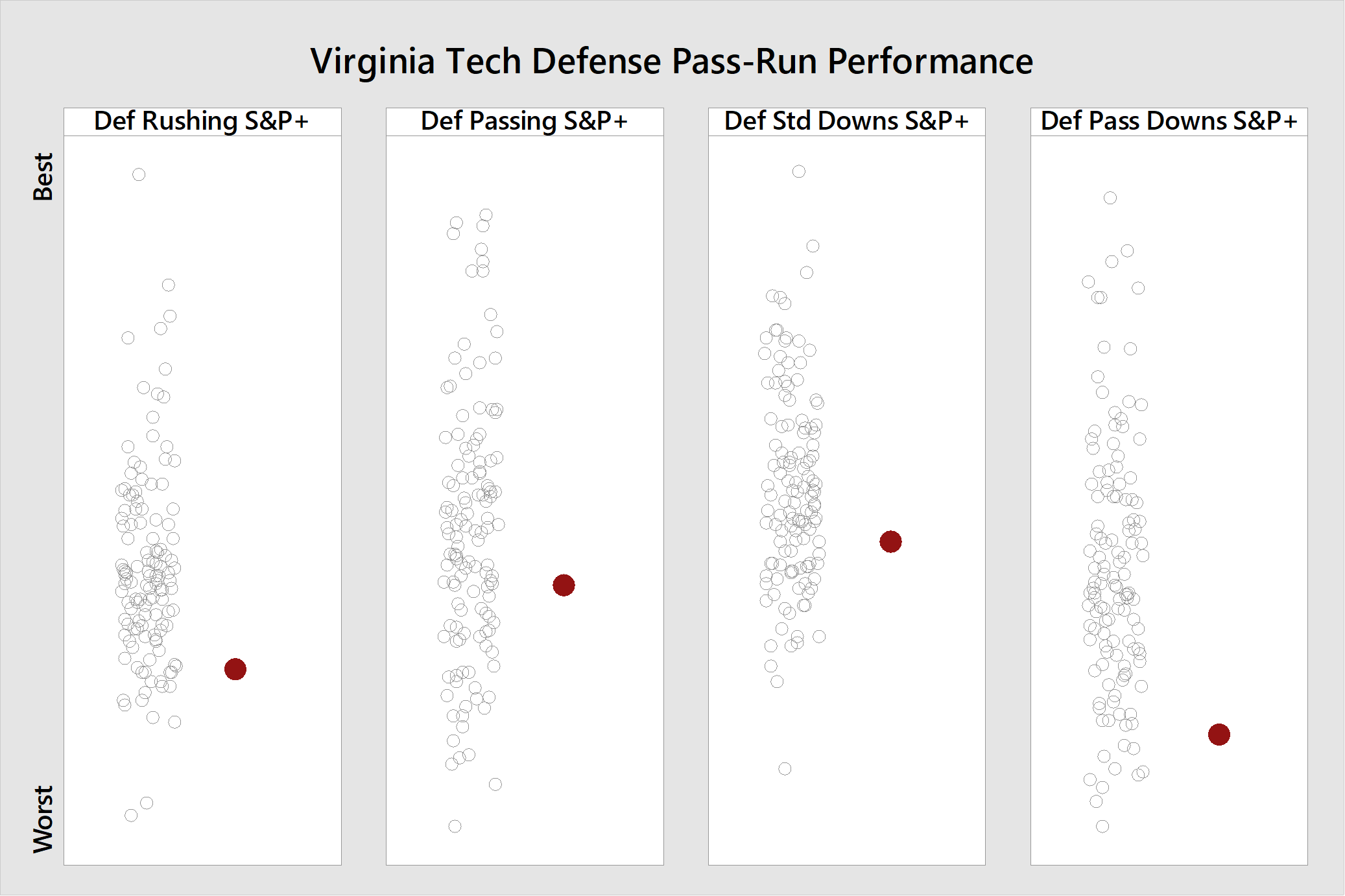 This is again strength-on-strength, if you can call any of the Tech metrics "strengths". Passing downs will be interesting — the Cavaliers have been terrible when forced into 2nd- or 3rd-and long, but the Hokies defense has likewise been pretty poor at stopping teams in those situations.

What style offense do the Cavaliers use and what style will they face in the Hokies defense? 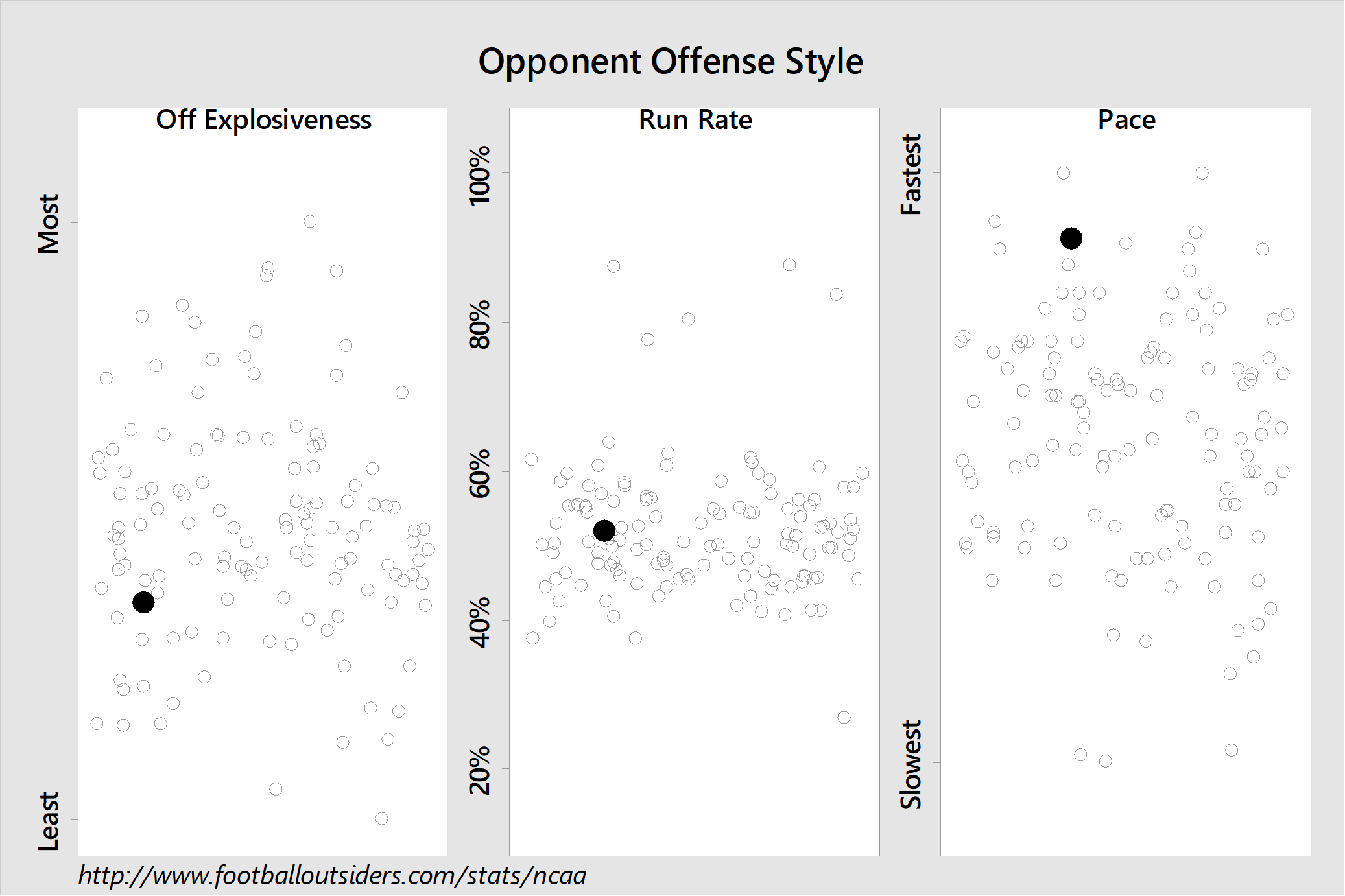 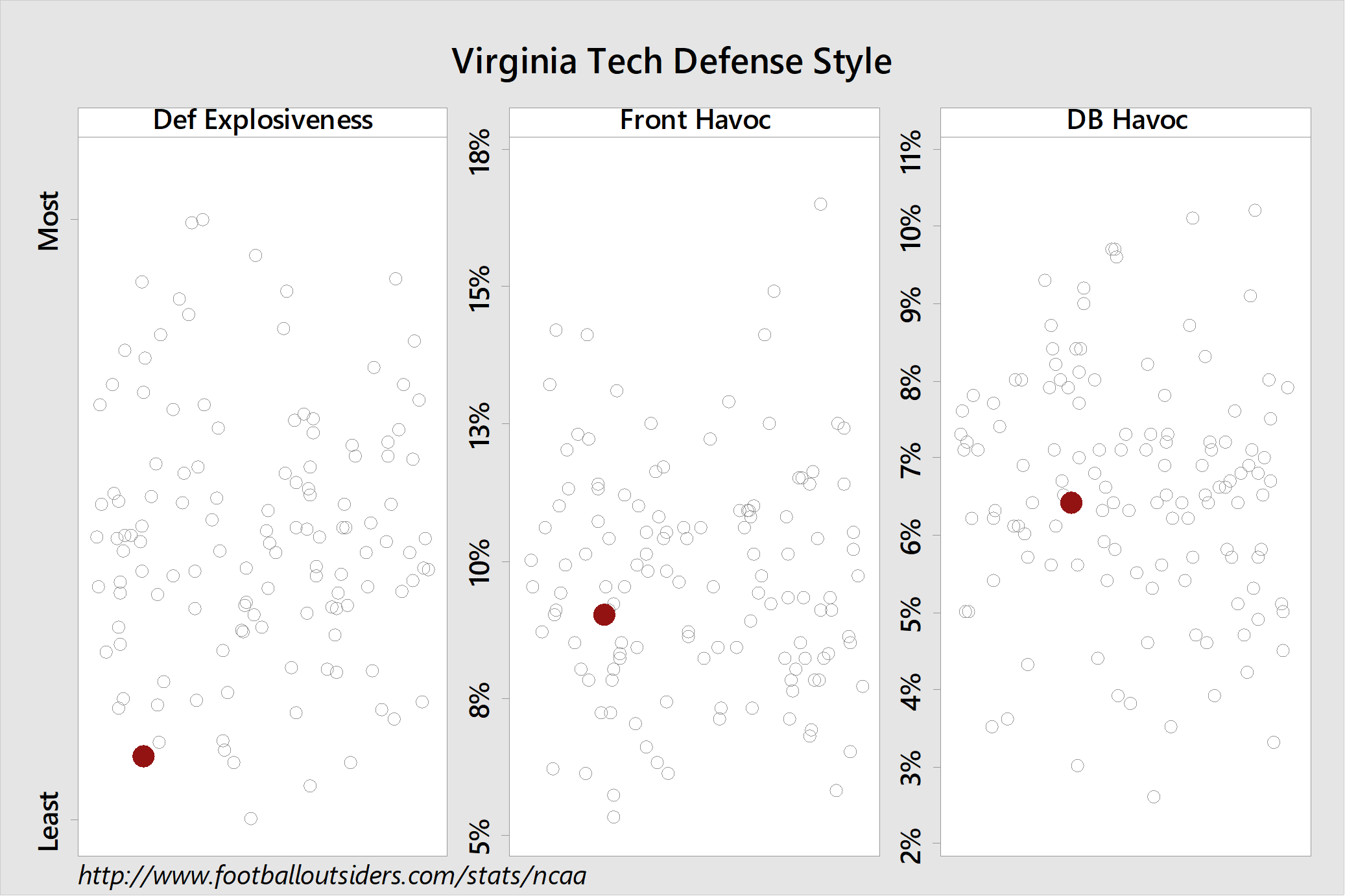 The Hoos feature a fast paced offense, but have not been particularly explosive. But, as noted for several weeks now by anyone watching Virginia Tech football, the Hokies have a propensity for giving up big plays. This Bud Foster defense could best be described as "break-don't-bend". 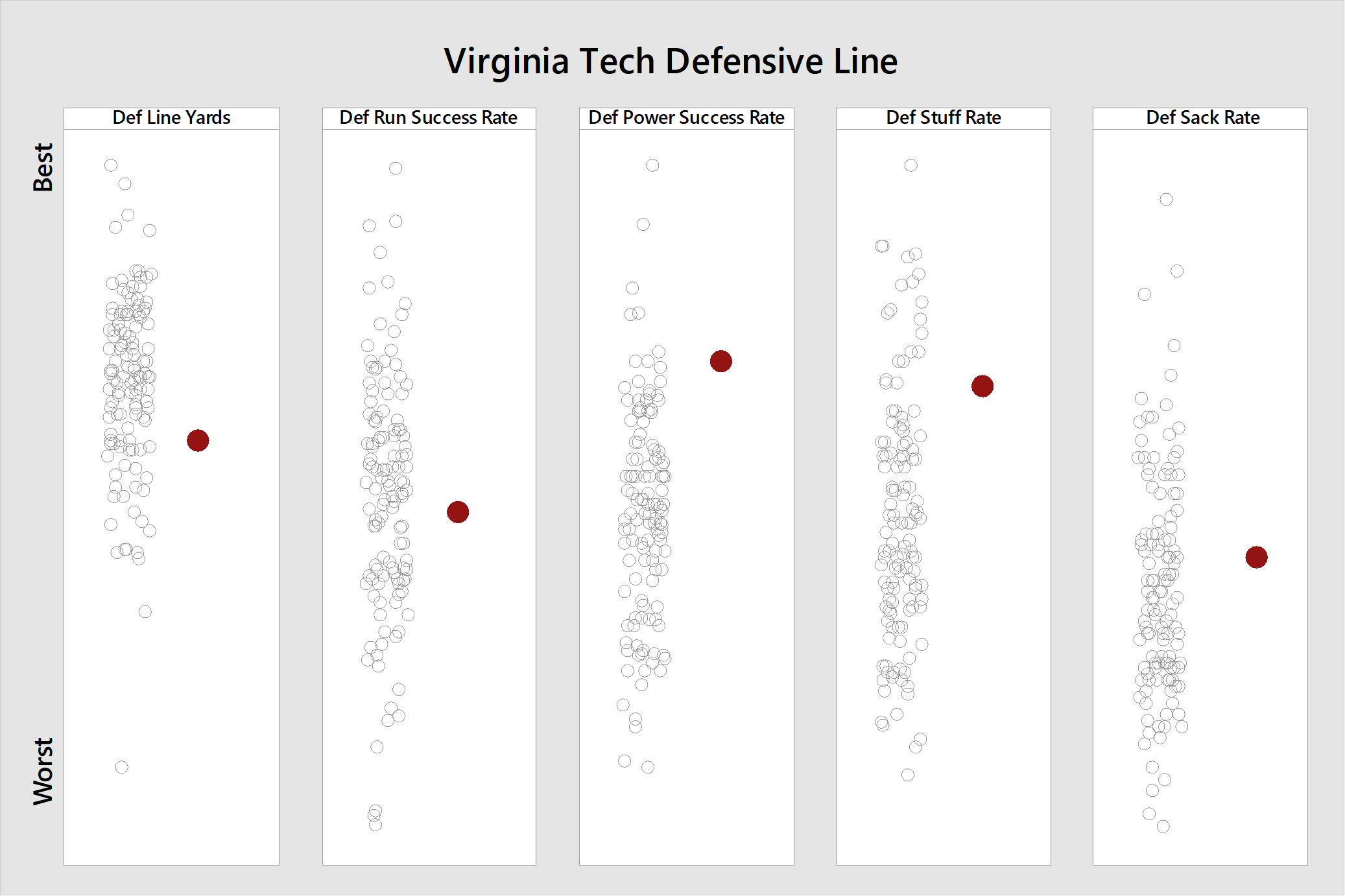 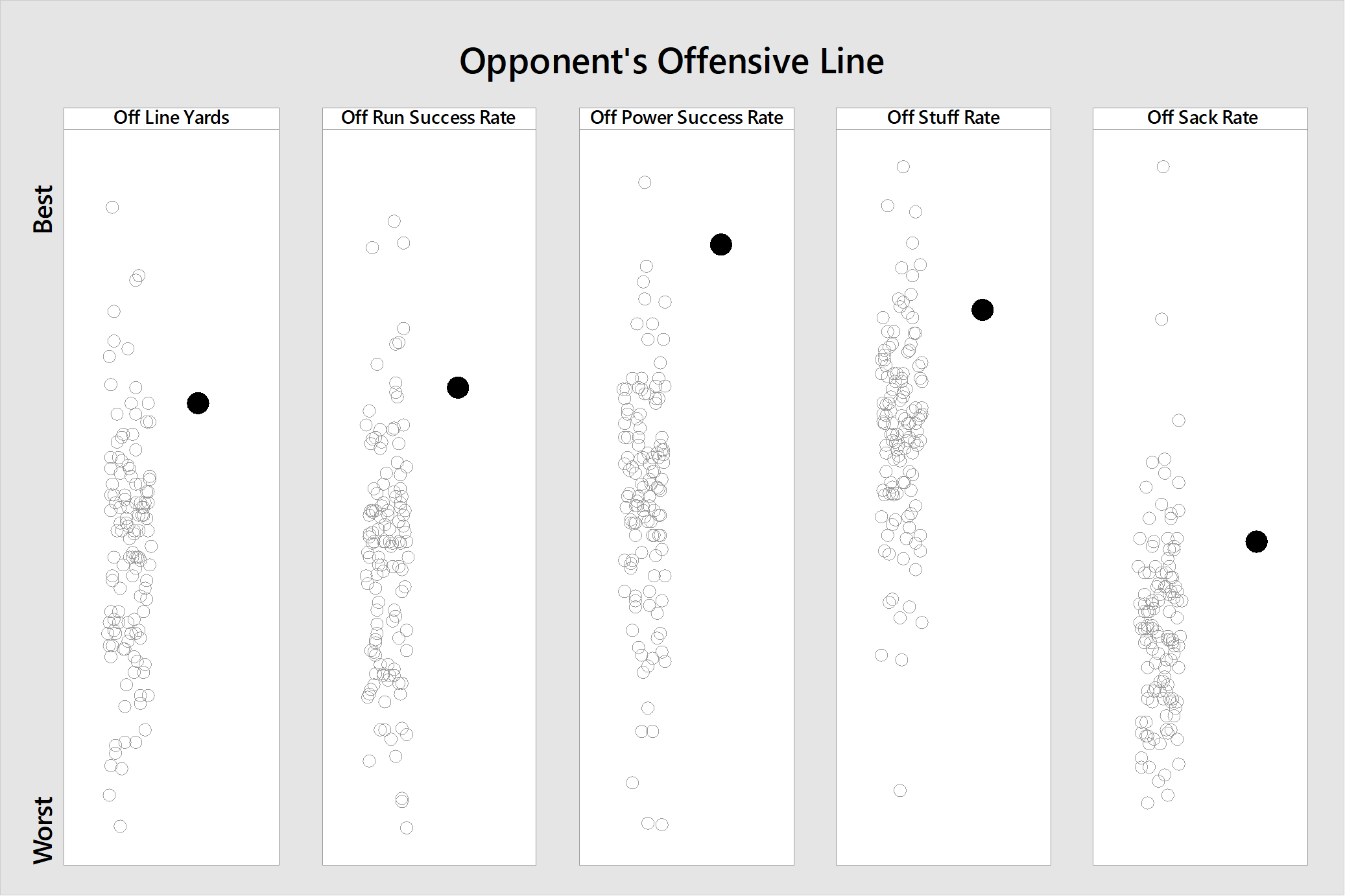 The Virginia Tech defense is closest in personality to:

The Virginia offense is closest in personality to:

First we look at the Hokies kicking units: 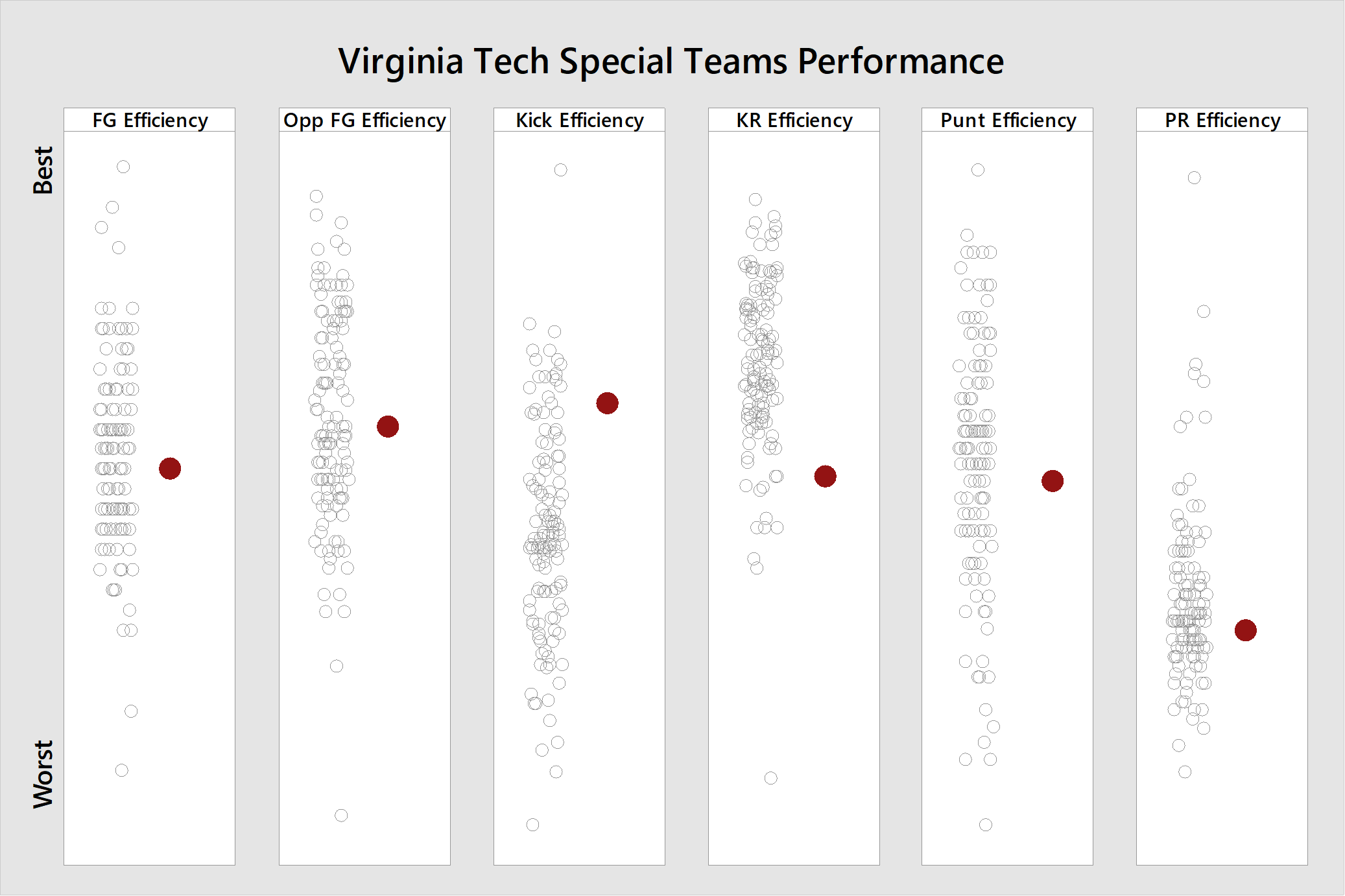 The Virginia Tech special teams have been excellent on kickoffs, but terrible at returning kickoffs. It's difficult to recall a return where past about the 15-yard-line it felt like there was even a chance of breaking one for a big gain or TD.

When the Hoos kick: 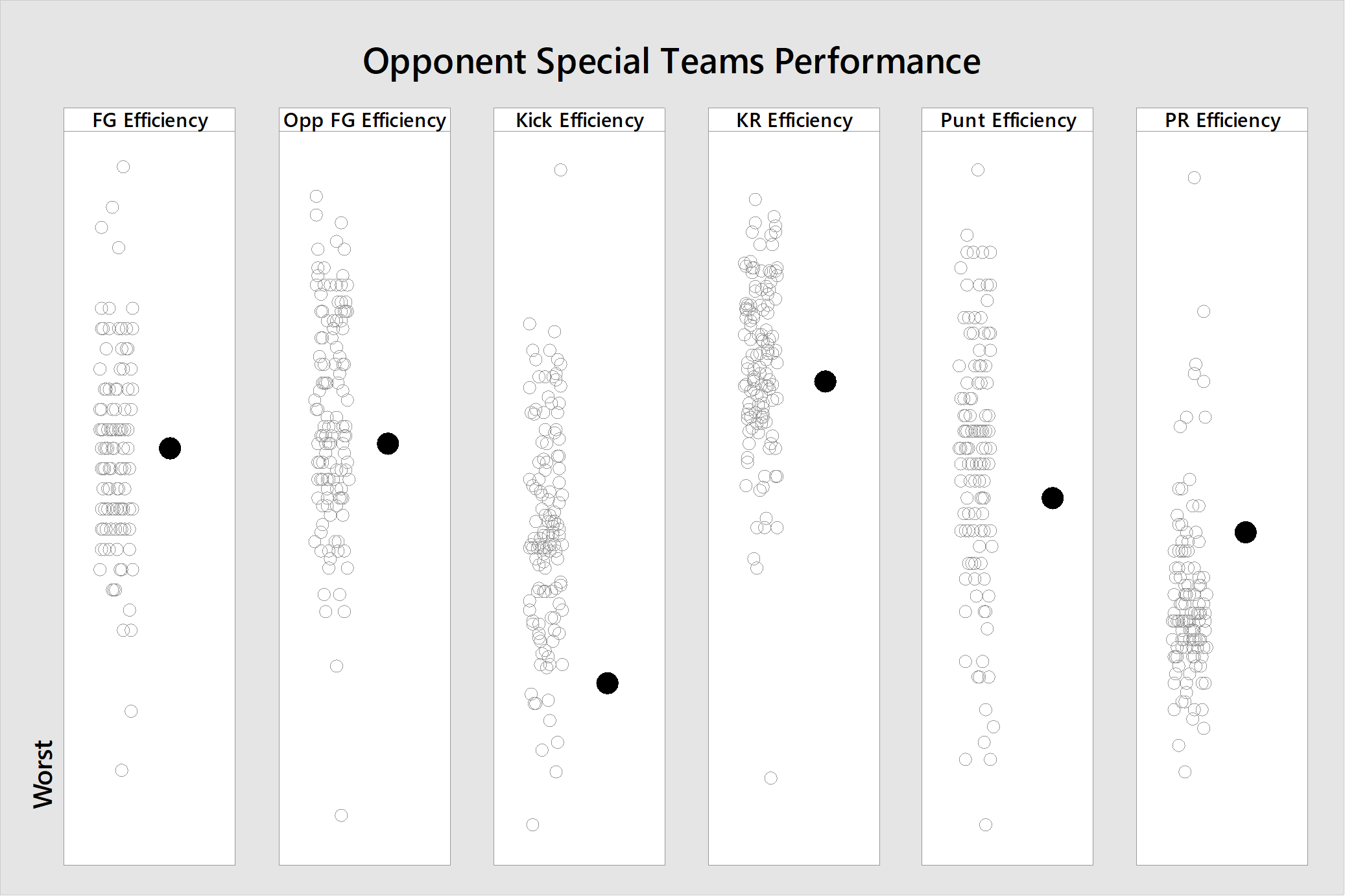 On the other hand, the UVA kickoff unit is among the worst in the country, ranking 109th with a return average of 23.35 yards. Perhaps this is the week.

Ball protection is key because the Hokies will have trouble winning a game in which they lose the turnover battle. The defense just isn't good enough to make that many stops in a game, and isn't forcing enough turnovers.

Turn the ball over once or less, and Virginia Tech might just turn it around just in time to keep one streak alive.

It's difficult to have any confidence in the Hokies winning this game, and Virginia absolutely smells blood in the water. They are confident, but haven't come across as too cocky, like a couple of times in the past when they were ultimately embarrassed (38-0, bro).

I really believe this Hokies team is struggling due to lack of experience and even talent at certain positions, However, it is still really engaged and really, really wants this game. They know winning this game would do a lot to change the apathy of fans, and will come out fired up to show they are not the disaster they are being made out to be.

The UVA streak-breaking win will have to rely on some fluke game in a future season, because the Hokies can still win ugly and make it 15 in a row.

As always a thanks to Football Outsiders, cfbstats.com, and Minitab Statistical Software.

That one computer is broken or has a nasty virus.

Do the computers think Marshal is significantly better than UVA? Or do odds reflect that we probably wouldn't play them?

Marshall is better than UVA believe it or not.

Let's hope emotion and desire overcome youth and lack of talent. On paper this is UVA's game.

Virginia Tech's defense is closest in personality to...

Fixed that for you.

Everyone knew the streak against Virginia was going to end eventually, but I always hoped it'd be a fluke, not a result of a Virginia team being clearly better.

I disagree. I'd much rather have them beat us when we are truly in a down year than have them fluke beat us when we are actually good and throw a wrench in a potential playoff run or something. Everyone is expecting IVA to win this game and we are playing horribly. I'll take a loss here if it means righting the ship in the off-season and getting back to dominance next year as this season is the fluke in that uva is actually decent.

I see your point, and if it broke up a playoff run that would be something different. But outside of that, I guess I look at it as I'd rather not have to right the ship in the offseason because everything is going well and they just got lucky!

... and offensive play calling is closest in personality to: