The Virginia Tech Offense Must be Capable of Carrying the Load 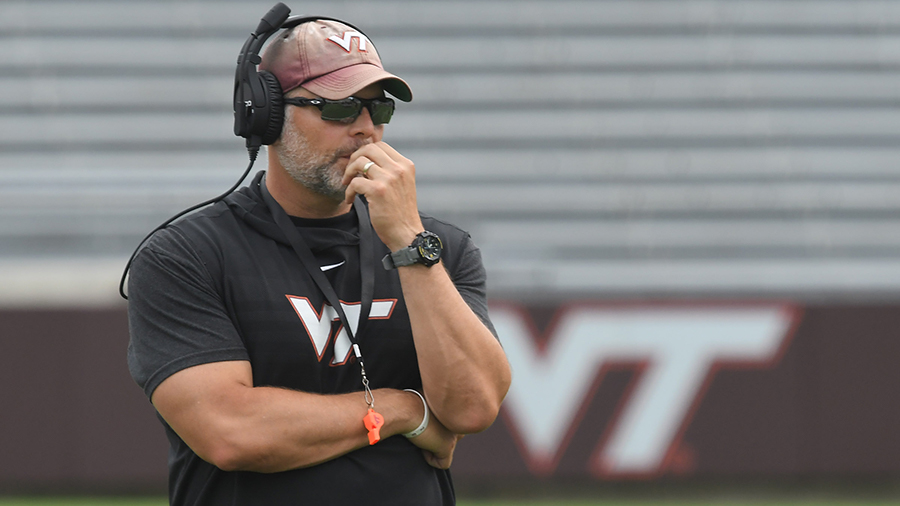 Bud Foster took the reins as Virginia Tech defensive coordinator in 1996, and The Lunch Pail Defense has been the backbone of the program since. However, last season, injuries and attrition decimated a neophyte defensive personnel. The result: over long stretches of 2018, the defense was shredded to pieces. That less-young group is poised to take some strides forward this go-around, but there are still critical position groups lacking depth and experience. For the Hokies to contend for a Coastal Division title, Justin Fuente and Brad Cornelsen must deliver on the expectation of a dynamic offense.

Opening the Field: The Next Step at Quarterback

The quarterback reads in this offense are complex in the run game, but simplified in the pass attack. Throughout his QB1 cameo, Ryan Willis (No. 5, R-SR, 6-4, 220) sandwiched moments of athleticism with his feet and fantastic arm talent between inconsistency with his decision making across the board. By the end of the season, Cornelsen showed almost zero trust in him on passing downs to drop back and throw over the middle of the field. This allowed opposing linebackers to concentrate on stopping quarterback runs, and coverage to drop which made vertical routes much more risky. The end result — big offensive production for Willis (7.5 yards per attempt, 24 TDs, 9 INTs), but a lot of missed opportunities when he couldn't execute on third-and-long (more on this in a future film breakdown). Some of those missteps were caused by botched run reads. By the end of the Virginia game, Willis was so gunshy that, despite trailing late, he wouldn't push the ball up the field until the Hokies faced a must-make 3rd-and-10. Then he threw a desperation 50/50 ball to Dalton Keene and the rest is history. The confident gun-slinger must return, and to do that, he has to find the balance between scared money (see the fourth quarter against Virginia) and making money (which isn't throwing right into a robber over the middle).

For Willis to take the next step, he has to prove that he can make reads over the middle of the field, especially against zone coverage. That enhancement to his game will force defenses to defend the entire field. It will create more space outside, where Tech's group of big, physical receivers can win one-on-one battles. Despite platitudes from Fuente to the contrary, Willis is the guy. Hendon Hooker (No. 2, R-SO, 6-4, 228) looked proficient with safe passes in the spring game while Quincy Patterson (No. 4, R-FR, 6-4, 245) was physically imposing and erratic. Fuente noted midway through camp that along with Willis, Hooker had taken the most reps with the ones.

"I've been really impressed by Hendon and the work he put in this summer," said Fuente. "He continues to improve."

While either may be featured situationally, I don't think either underclassman presents a real challenge to Willis this season.

I watched Oregon transfer Braxton Burmeister (No. 3, R-SO, 6-1, 210) in preparation for my 2018 Florida State preview. Burmeister replaced NFL prospect Justin Herbert due to injury and started on the road against a ranked Washington defense that feature a good defensive line. Burmeister was proficient in the read option game. He regularly made good reads and showed the proper mesh point and footwork on challenging series such as the inverted veer.

However, he did not represent a down field passing threat, and his footwork was shaky even on quick throws to his backs and screens. This 1st-and-10 completion was his best and longest completion of the game, a quick stick route to the tight end (something that Tech's tight ends have not demonstrated as a strength) against a blitz.