By the (Advanced) Numbers: Virginia Tech Looks to End an Early Devils' Night

Virginia Tech-Duke features two evenly matched average teams. Mind the turnovers and crank up the yards per play and the Hokies have a chance to knot up their conference record at .500. 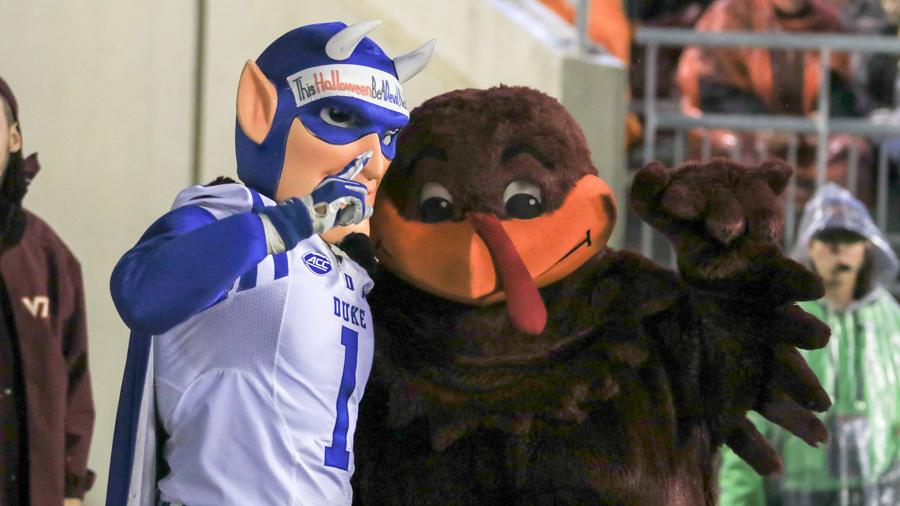 To begin, a quick rant on Ryan Willis and cheering for injuries. It's unclear whether a small group of fans actually cheered following his injury, but it seems to have some merit. I could give the benefit of the doubt and assume they're supporting replacement Hendon Hooker and not the injury, but I'm confident some, in Lane Stadium or otherwise, cheered at least on the inside.

Willis has not performed well, and isn't demonstrating enough ability to convince fans his play will drastically improve the rest of the season. Whether due to ability, coaching or whatever, he is not going to win a Heisman or lead the team to a championship game. But I'm quite sure that however much you despise a poorly thrown interception, he's cringing far more on the inside. However much you didn't want him to do it, he didn't want to by a factor of 10. I'm sure he busts his butt working out, watching film, practicing and preparing. Meanwhile, the rest of us tailgate and cheer from the stands or park ourselves in front of the TV with a beer and think we've done something that allows us to demand not only the commitment and work and sacrifice of being a collegiate football player, but also that they excel beyond expectations.

They want that too, so don't ever make it personal when they come up short. Can we be good with that?

Now that I got that out of my system, boy the passing game sucks, huh?

I mean consider that Virginia Tech is 107th nationally in interception rate (4% of passes thrown), and Willis is 60th nationally in passer rating as well as yards per attempt. It's easy to focus on the failures of the running game, but given how often the quarterback is asked to read the defense and fails, Willis bears responsibility for some of the offensive struggles. For the Hokies' attack to be successful, the quarterback has to do more than simply throwing to the primary read even when they are in double coverage and have no separation.

Will anything change Friday night against Duke?