After the Bubble Bursts

The Hokies seemingly turned a corner after a season and a month of turmoil. But as the team gains steam, it will force other hard questions. 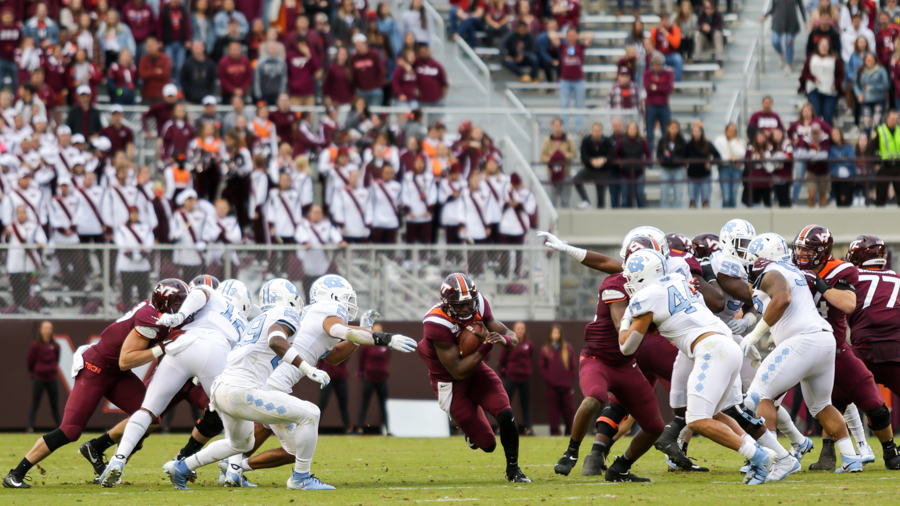 The cliff Virginia Tech football careened towards got closer and closer until one day, it plummeted off it. The drop was predictable, and the Hokies were on schedule to fall off it, whether most long-time fans wanted to admit it or not. It was right in front of us, but few had the wherewithal to look ahead.

When I think back to Tech football in 2016, I'm constantly reminded of the Jenga scene from The Big Short:

Full transparency, I studied communication at a technical school. Numbers mean next to nothing to me, and Excel sheets give me the kind of anxiety usually reserved for a phobia. But that scene is the perfect way to illustrate the 2008 housing bubble — so perfect, even someone like me could grasp the complex construction of a mortgage bond, why its structure was so important, and how it all fell apart.

From 1992 to 2011 the Hokies were built strong and sturdy, an intact Jenga tower. The guts were a stout core of upperclassmen who kept things upright, and talented youngsters filled in the missing gaps. They were solid. Hard to beat and nearly impossible to push over.

After 2011, a recruiting miss here, poor talent evaluation there, inept coaching sprinkled all over, pieces of the puzzle were missing and it wobbled. Frank Beamer's program simply wasn't as sound as it had been for two decades prior — and had a 29-23 record down the stretch to prove it.

By the winter of 2015, Justin Fuente inherited something a little different. The program rested on a small foundation of players who were tasked with supporting the 10-win expectations of a fanbase sick of going .500.

That's not to say the new head coach inherited a talentless team, far from it. But the roster was precarious. He couldn't afford to take a single piece away from the base, because if he did, everything would shake and then eventually cave in on itself. But if he played things just right, he'd be able to solidify the foundation without anyone realizing it was in trouble in the first place.

And it almost worked.