Hokies, Heels and Forks in the Road

The destinies of the Hokies and Tar Heels have been intertwined for twenty years. Now, they meet in what could be a program-defining matchup for both sides. 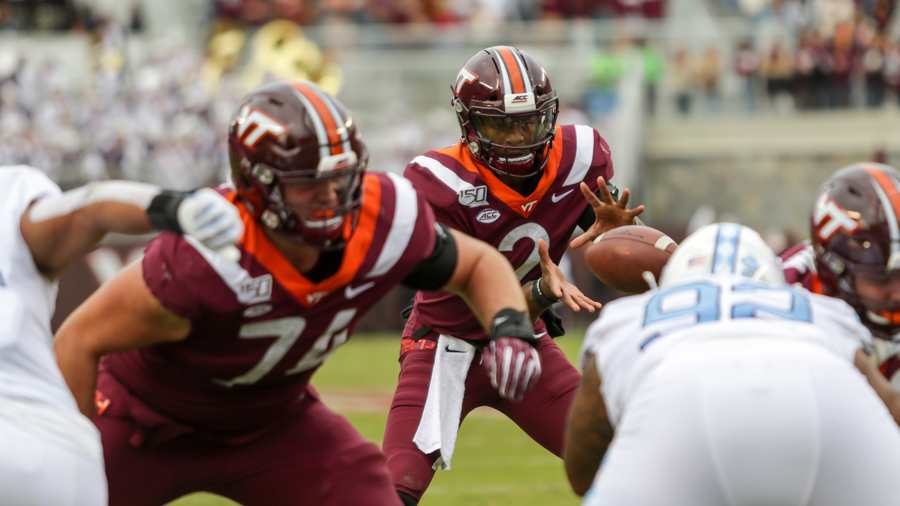 It all started with an interview.

Well, maybe not an interview. Listening to Frank Beamer tell it, it seems like it was more of a sales pitch. Beamer and his wife Cheryl traveled down to North Carolina to talk with UNC athletic director Dick Baddour, who wanted to sell them on the idea of becoming the next football coach of the Tar Heels. And for a brief moment, Beamer said yes.

The man made a verbal agreement to leave Virginia Tech for greener pastures in Chapel Hill. He even went as far as meeting with the athletic administration and the university president the Sunday after Tech's season ended, with a press conference organized for the next day. But in the hours between the two, he had a (now well documented) change of heart.

That Sunday night at my house, I got to thinking about everything. North Carolina had great facilities and great potential to win football championships to go with the many they already had in basketball. I knew we could win there. Some football coaches may have been scared off by what great basketball North Carolina always had, but I always thought that would be a plus. I never worried about basketball. What was most important to my decision-making process was the fact that those football facilities were built on somebody else's blood and sweat. They weren't built from my work.

It's possibly the biggest fork-in-the-road moment in the history of Virginia Tech football, and has inextricably linked the two programs ever since. Over the next 20 years the Hokies went on to capture four ACC titles, win 10 games or more in 10 different seasons and produce one of the most consistent runs of the BCS era. And the Heels? Well, things went a little differently.

Carolina employed five coaches over the same span, experienced brutal lows after Beamer turned them down (John Bunting went 27-45 from '01 to '06), had two seasons worth of wins vacated by the NCAA (shout out Butch Davis) and won ten games once (in 2015 under Larry Fedora.)

Before the second Mack Brown era began, there's a real argument that Carolina football's greatest moment since the turn of the millennium was Michael Jordan's "the ceiling is the roof" speech. Their paths diverged so much, it's almost comical. But no matter who's up and who's down, the two programs often find themselves at the intersection of each others' crucial moments.