How a basic run concept moved the Hokies out of position, trying to make sense of the defensive scheme and a bright spot at a needed defensive position. Over 2,000 words plus 9 plays of analysis. 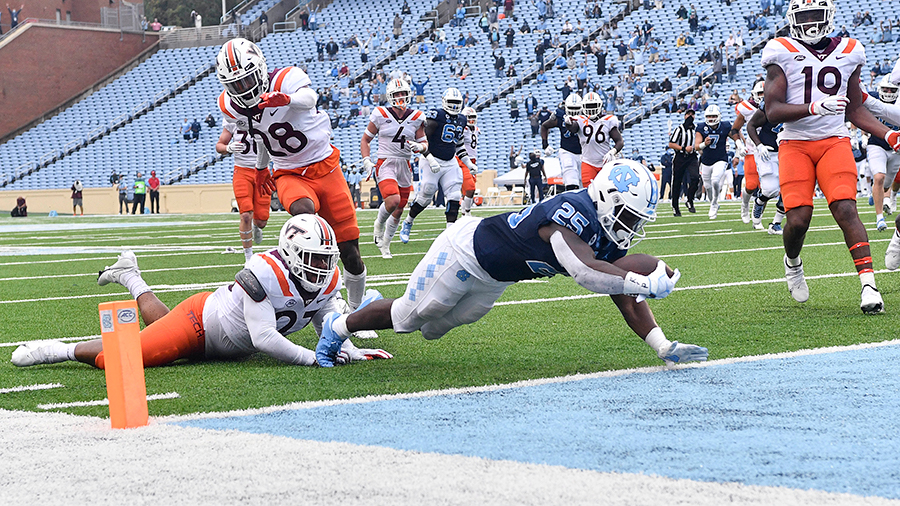 The length of this film review could challenge a treatise on the Napoleonic Wars. Virginia Tech conceded 656 yards, North Carolina controlled the line of scrimmage, and when they wanted to attack Tech's depleted secondary, the Hokies struggled to put up much resistance. Only self-inflicted mistakes stopped the handful of North Carolina drives that didn't end with touchdowns. Moreover, Tech didn't do themselves any favors with repeated blunders resulting from schematic flaws or flat busts.

The attrition at safety was a major reason for the suboptimal outcome, and that should solve itself as the Hokies' defensive ranks are able to return to the lineup. However, the greater concern was the mass confusion from the more experienced defenders in the front-seven. The Tar Heels didn't run any kind of unique scheme which should have influenced defenders out of position. Yet, snap after snap, Tech's linebackers were out of position, and their tackling was atrocious. For the most experienced position group on the defense, their poor play was an unacceptable outcome.

The most frustrating aspect of watching the game was the Tar Heels ran the same run concept over and over, and Virginia Tech had no answer. North Carolina ran a split zone read which features a wham block away from the flow of the play. Normally, this is a designed cut back for the tailback off the tight end block.