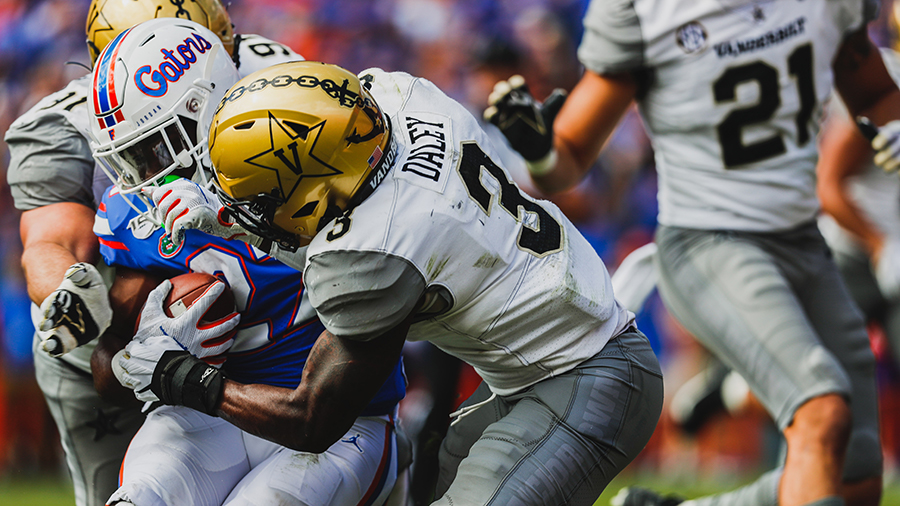 It is difficult to assess the personnel needs for defensive coordinator Justin Hamilton ahead of the 2021 season. The 2020 Virginia Tech defense opened the season running mostly two deep safety looks. When it became apparent the Hokies couldn't stop the run without dropping a safety into the box, Hamilton called upon schemes which featured Divine Deablo playing in the box and converted corner Devin Taylor as a Cover 1 free safety. Against Clemson, Hamilton started to mix up his looks. Tech rotated its safeties to confuse quarterback Trevor Lawrence, with mixed results. Finally, Hamilton seemed to find a nice mix of moving the safeties around, with Deablo and Taylor both generating turnovers in the Commonwealth Cup victory over Virginia.

With Deablo's departure to the NFL, and Taylor's uncertain status following a Shrine Bowl invitation, Hamilton finds himself in desperate need to find safeties which fit his scheme, particularly after J.R. Walker struggled in his audition against North Carolina. Tech moved quick and locked up Vanderbilt safety Tae Daley from the transfer portal.

Daley, a 6-0, 198 pound senior, started 17 games in 2018 and 2019 for the Commodores. In 2019, Daley finished third on the team in tackles (35) and chalked up three interceptions, with two coming against Florida. During Daley's time with the team, the Commodores spent a vast majority of their defensive snaps in a two deep safety look, with Daley almost exclusively aligned to the boundary. Upon reading pass from a two deep alignment, I found that Vanderbilt played very tight man coverage, and Daley served as the last line of defense.

Here's an example of how Daley's presence in the deep half allowed Vanderbilt's corners to play tight man.

Tennessee wide receiver Josh Palmer (No. 5) attempts to run an out-curl against the press coverage of freshman Vanderbilt corner Jaylen Mahoney (No. 23). Note, Daley's (No. 3) position as a deep safety inside the boundary hash before the snap.

Daley backpedals almost immediately at the snap. Palmer and Jauan Jennings (No. 15) cross at the line of scrimmage. Mahoney takes Palmer on the outside, while Allan George (No. 28) takes Jennings releasing to the inside. Daley retreats until Jennings flattens to the inside, while keeping his eyes on the quarterback in case Palmer goes vertical on a double move. Mahoney has the freedom to play very tight and physically on the bigger Palmer because he has deep help. After some questionable hand fighting, Mahoney wins a physical battle for the throw to turn the Vols over.

Had the Hokies been able to stop the run early in the season, I believe we would have seen Virginia Tech play much more Cover 2 and Cover 2 man under similar to this. Unfortunately for Hamilton, he was forced to commit Deablo to the box, while Taylor didn't have the range to go sideline to sideline as a Cover 1 safety. The downstream effect forced Virginia Tech's corners to play with a soft cushion outside.

In the two deep, Daley was Vanderbilt's most reliable last line of defense in the run game. Most of the tackles Daley was involved in were similar to this stop.