DE TyJuan Garbutt 'Fell in Love with the Game Again' This Spring, Feels Ready for a Hokies Comeback

After a long absence last season, the former top prospect says he's feeling like his old self again. 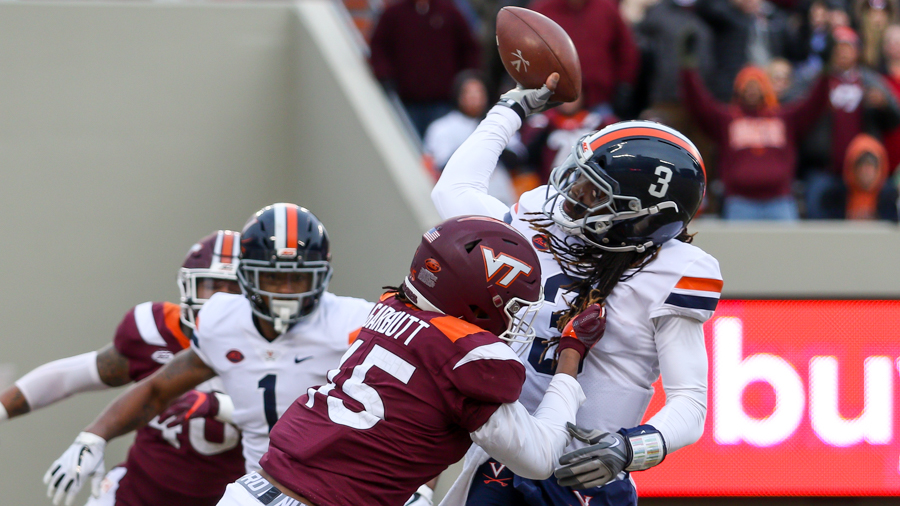 Back when TyJuan Garbutt was still in high school, he committed to Virginia Tech two different times. In some ways, he's done so again this spring.

The defensive end was a top prospect the first time he picked the Hokies, instantly injecting some energy into Justin Fuente's nascent program in 2016. It was no less a coup for Fuente when he convinced Garbutt to re-commit a year later, getting the four-star prospect back in the fold after dalliances with some of Tech's ACC rivals.

And it seemed Garbutt was on the road to stardom once he got to Blacksburg, steadily earning more playing time before taking over a starting role in 2019. Then 2020 threw him a curveball.

Garbutt said his dad got sick last summer, leaving him in a bit of a "dark place." He felt he wasn't in the "right state mentally" and wasn't "stable enough to commit to one thing," convincing him to step away from the team for a while.

Luckily, he said Fuente and company understood, checking in on him weekly, even daily, until he rejoined the squad in October. But in a Covid-altered season, Garbutt admitted it was difficult to get his footing — he said he packed on some quarantine pounds and generally felt out of shape, ballooning from around 245 pounds to 260.

So he wasn't sure what the spring would bring, particularly as he grappled with really trying to learn DC Justin Hamilton's system in earnest. Yet, as the practices progressed, Garbutt started to realize he made the right decision in deciding to come back to Blacksburg.

"I felt like I fell in love with the game again," Garbutt told reporters Thursday. "Being away as long as I was, it really made me appreciate spring practice, conditioning workouts, all that. It made me realize, this is the stuff that you love, the stuff you worked for your whole life, since you were like 6. You were grinding to get to this point to play here. So I'm having a lot more fun with it than I did even as a freshman coming in."