2,400-word film audit of what the Hokies' ranks along the defensive side of the trenches need to do jumpstart the defense this season. 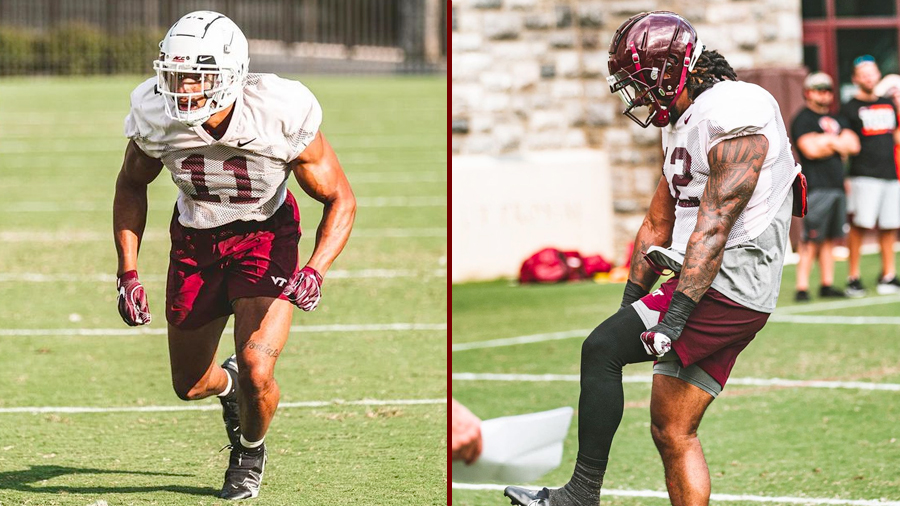 No other single factor has contributed more to Virginia Tech's fall from the top of the Coastal Division than the sudden inability to stop the run. The 2020 version of the Hokies' defensive line featured a mix of injuries, newcomers, and poor execution of an unfamiliar scheme that failed to keep the linebackers clean from blocking far too often. The result was the most yards given up per play with seven defenders in the box.

VT's LB crew worries me. The numbers weren't good last year (12th in YAC, 13th in disrupted dropbacks) & when Hokies had 7 defenders in the box, they allowed an ACC-worst 6.32 yards/play. Now they lose Ashby. This group needs to be the centerpiece for VT to get D turned around.— 💫🅰️♈️🆔 (@ADavidHaleJoint) July 15, 2021

Instead, for most of 2020 the d-line, particularly the defensive tackles, were swallowed up on double teams. Perhaps even more troubling, when offenses single-blocked the DTs, the Hokies rarely made plays. While Tech continued to create pressure — 36.0 sacks in the shortened season (9th in sacks per game), 29.5 made by DL — the Hokies rarely got stops in run situations. This forced defensive coordinator Justin Hamilton to adjust. Against Miami and Louisville, mike linebacker Rayshard Ashby repeatedly blitzed into the A-gap to keep the other linebackers and safeties clean. Against Clemson and Virginia, safety Divine Deablo slid into the box on almost every running down.

Despite the woeful early returns, there were glimpses of improvement at the end of the season. Norell Pollard and Jarrod Hewitt started making plays to stop the run against Clemson, and delivered their best performances of the season in the Commonwealth Cup victory. Josh Fuga showed flashes at times. And finally, Amaré Barno established himself as one of the better pass rushers in the ACC. Yet, right when this position group was poised to perhaps transition to a team strength, Tech was decimated with offseason departures, as 2019 stalwart DT DaShawn Crawford and touted defensive end prospects Robert Wooten, Alec Bryant, and Justin Beadles left the program. Where does that leave the Hokies in 2021?