Virginia Tech left Morgantown with a loss and even more questions. But with most of the season still ahead of the Hokies, can the coaches get out of the way? 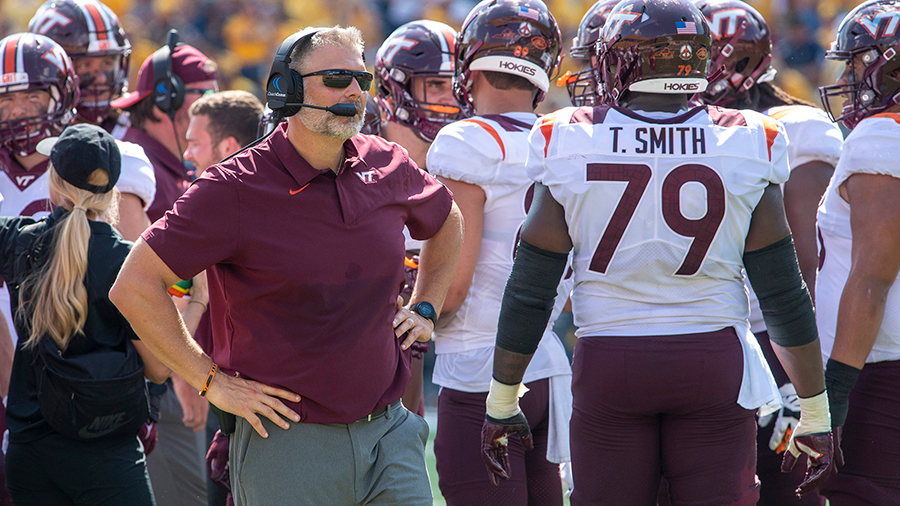 When Clemson came to Blacksburg in 2011, no one was particularly worried.

Frank Beamer owned Clemson. The only two times the Hokies and Tigers squared off in ACC play, Tech took on a ranked opponent and punched them right in the mouth.

Clemson traveled to the Terror Dome on a rainy Thursday night in 2006, ranked 10th nationally, with a vaunted two-headed rushing attack led by C.J Spiller and James Davis (they averaged over 185 yards per game ahead of the matchup). The Tigers managed just three first downs in the game's final three quarters, and were overwhelmed by the environment in a 24-7 Hokie win.

On the return trip in '07, Clemson ran down the hill at Memorial Stadium with revenge on its mind. Tech promptly scored on a kick return, punt return and interception return, and raced out to a 31-5 first half lead before winning 41-23.

So when the Tigers came to Blacksburg in a matchup of undefeated, top-15 teams, it was hard to imagine any other result. The phrase Clemsoning was specifically invented for this kind of game, folding under the lights of an opposing stadium on national television. And as I bounced along to Enter Sandman in the North End Zone, I brimmed with pride (and bourbon) until my drunk ass brain caught a glimpse of the opposing tunnel.

Now under the guidance of Dabo Swinney, the Tigers weren't cowering on the other end of the field. They weren't even running out at the same time as the Hokies (something teams used to do all the time, the hope being that the crowd would be too distracted by Sandman to give them hell).