FINALLY! SIX PICK HAS COME BACK TO THE KEY PLAY!

I just wanted to get a run in and see how long this takes to format and everything. 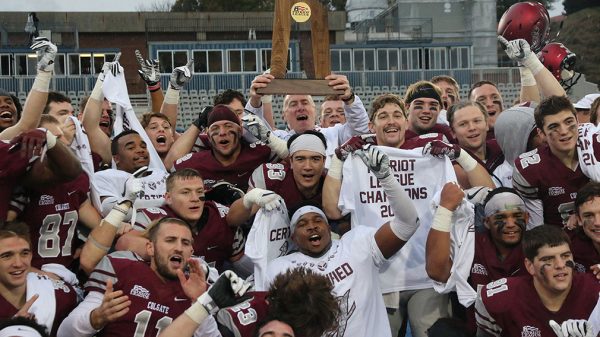 Nerd Fact #1: Colgate was the Patriot League champion last year and was the only team in the league to have a winning record.
Nerd Fact #2: Villanova's Nowooola Awopetu has three O's in a row in his name and I think that's neat.
Pick: Colgate. I'll take the team that was 10-2 last year over the 5-6 squad. 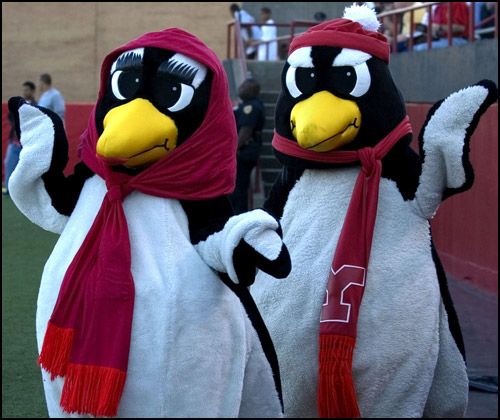 Nerd Fact #1: Youngstown State is coached by none other than Bo Pelini.
Nerd Fact #2: Samford had a very pedestrian 6-5 record last year but I was shocked to see they only lost by 10 to Florida State.
Pick: GIVE ME THE PENGUIN HEAD! *Please note that there is a shocking lack of Lee Corso wearing a penguin head, mascot or real, on the internet.

Nerd Fact #1: The offseason circus with Tathan "Call Me Tate" Martell rolls on as the transfer not only did not win QB1, he is now potentially a WR. Manny Diaz, first year head coach and notorious yacht rider, claims he is open to a position change. Nerd doubts this.
Nerd Fact #2: The Fightin' Jorts posted an impressive 10-3 record last year, but had as many ranked wins at VT (2).
Pick: Probably the game of the week 0, but I like the Canes to cover for some reason that makes me want to commit sudoku. 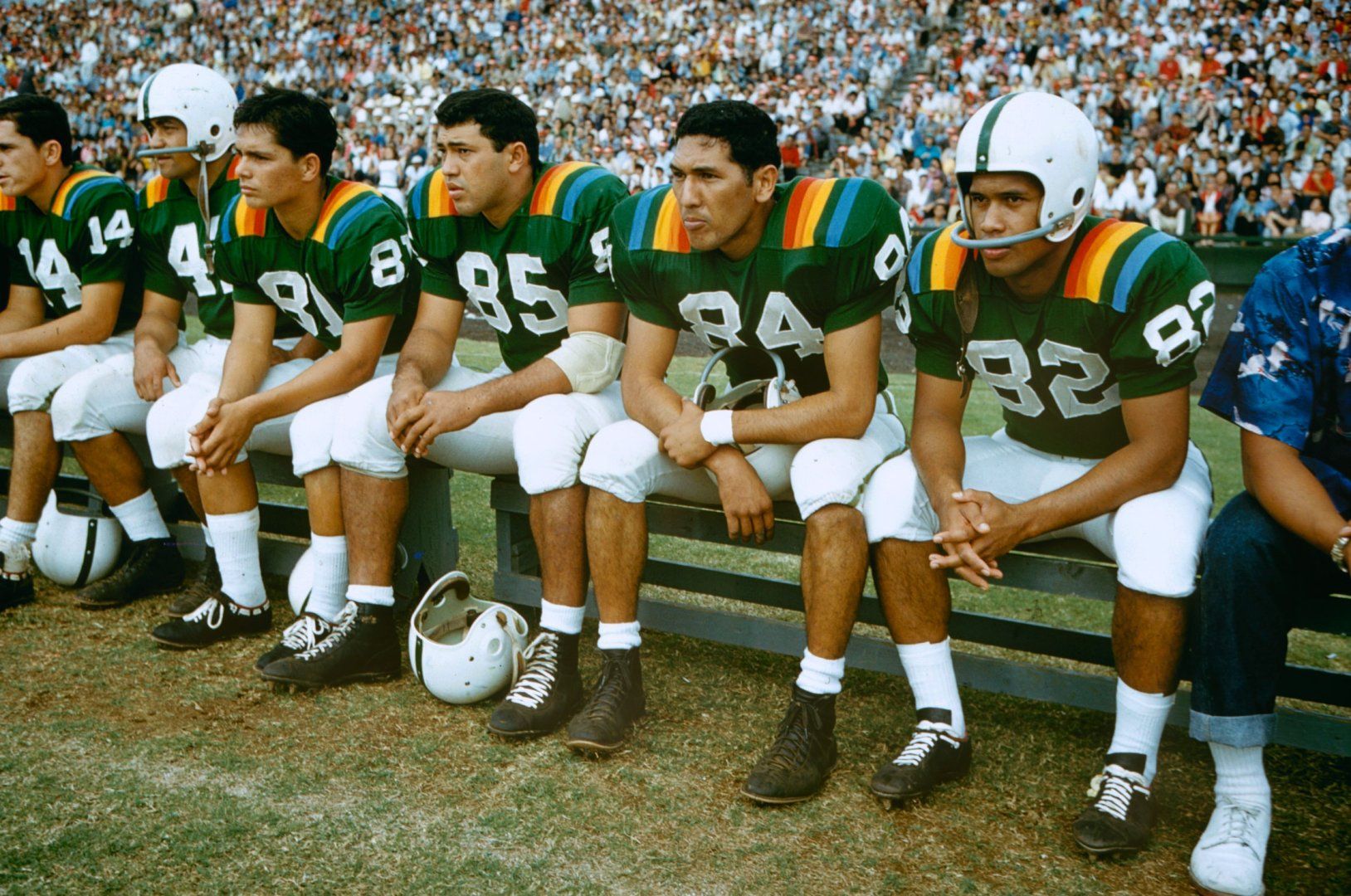 Nerd Fact #1: Arizona is a lifetime 5-0 against the Rainbow Warriors.
Nerd Fact #2: Hawai'i's QB, Cole McDonald, was responsible for 4000+ yards and 40 TDs last year and returns for his senior year coming off an 8-6 season.

Pick: If this line was -10, I'd think a lot harder, but I think the Rainbow Warriors manage to cover and would not be shocked if they take it outright.

Beer of the Week:

Nerd Note: I will be gathering picks and posting results in a google sheet next week. Week 0 WILL NOT COUNT to the standings, but will get everyone used to the concept. Please post your picks before kickoff for them to be counted. Nerd out.

Nice job, I like it, but one minor thing Rich Rod got fired.

Counterpoint: Rich Rod. That is all. 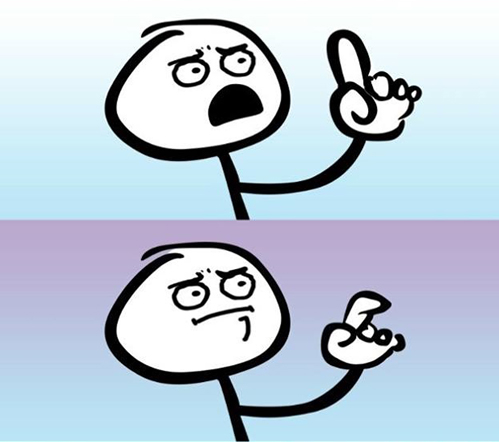 Villanova at Colgate - Give me Colgate.
Youngstown State @ Samford - Bo Knows. Youngstown State wins.
Miami (FL) vs Florida - I don't trust what's going on at Miami and I don't think daU is bak. Florida gonna stomp them.
Arizona at Hawaii - As a former Rainbow Warriors season ticket holder (they basically gave season tickets away) I've got to go with the high flying offense. Give me the points and Hawaii.

As the first Jorts picker, I'm making you look at this. 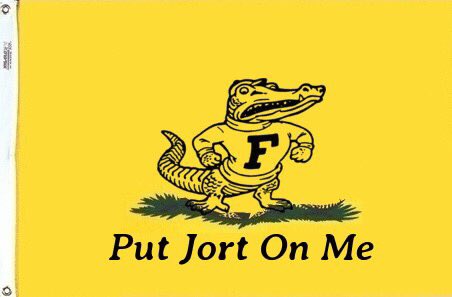 That gator ain't wearing no pants!

You obviously don't listen to USPNU radio on SXM... All they have talked about for the last 14 days is Yachting Jesus, and the return of the "u". The over hype is in full swing.

My fave local 757 brewery, Benchtop and one of their goto ipas, Robot Squirrel. Will be crushing this during a poker game while watching UF and da U. 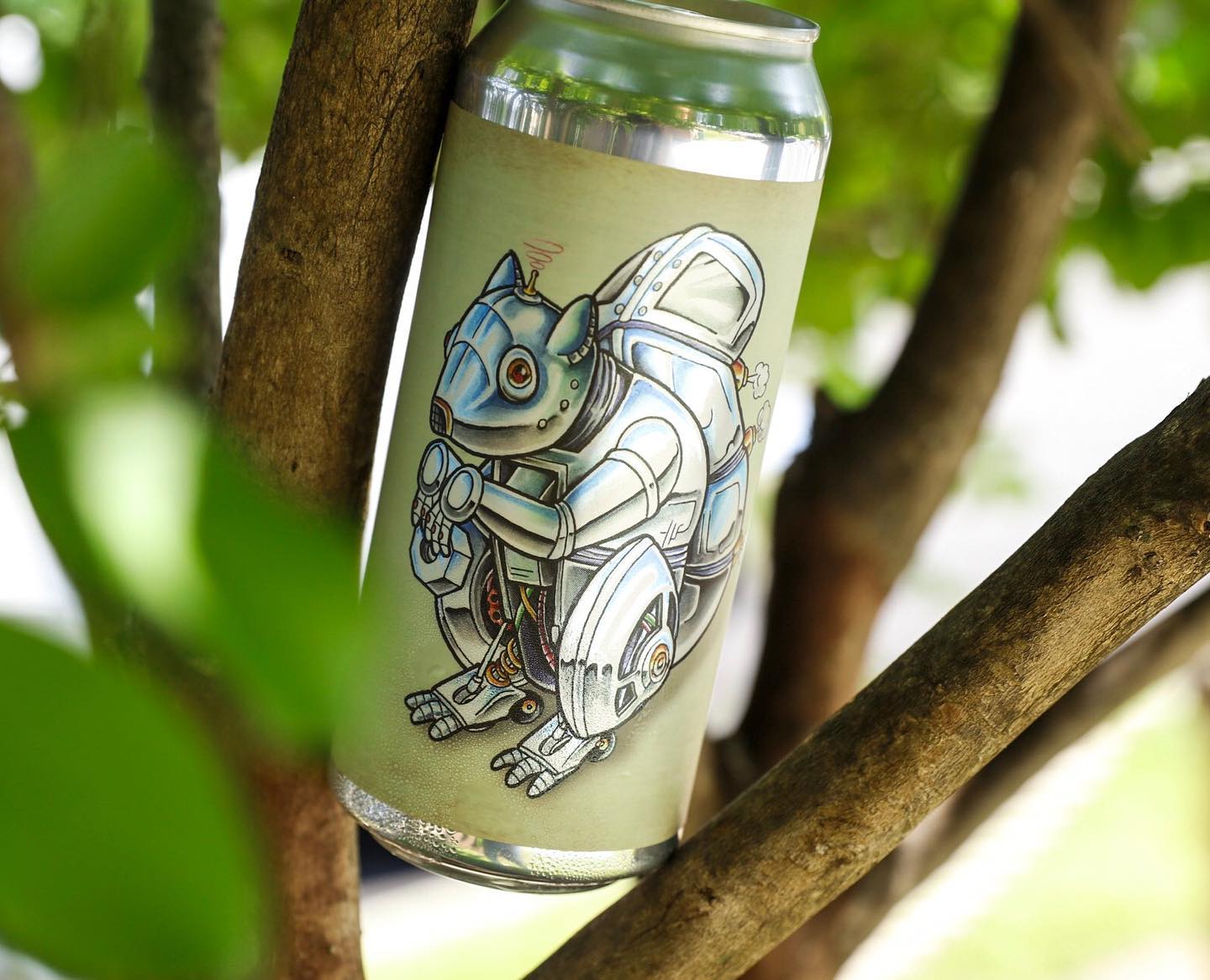 makes me want to commit sudoku.

Or do you hate sudoku so much you use it as a form of punishment?

I said what I meant.

Also, I'm not much of a craft beer drinker so let me know if you want to guest write a beer recommendation.

This is your column, you write it the way you want. You could do a Food of the Week if you want

"My Busch of the week:" and it's just a new picture of you pointing at a case of Busch. *Gold*

Solid idea. Craft beer is so regional, almost guaranteed that two of us wouldn't ever be drinking the same beer the same weekend. Do you, drink whatchalike. Even if it's bourbon or clear liquor. Just as long as it's not hard seltzer.

Feature Busch in it every week. Probably get Busch to sponsor TKP

Colgate (-2) over Villanova who I had no idea had football
Youngstown State (-1.5) v Sanmford
Miami v Florida (-7) The fanbase of every school in Florida is terrible.
Arizona (-11) v Hawaii I thought the Generals Warriors were due!

Beer of the week for 4VPISU

You don't have a reg TH hook-up do you? Asking for myself.
And if you have access to Foley Brothers...I need some more of that.

Not like I used to - my buddy went on a mini-honeymoon to the Northeast and brought this back. Burley trades well for TH, I'm sure you can find a regular trader around Tree House that is ISO Burley Jreams. Are you in "Tree House Trading Arena" on facebook?

I was. Burley has gotten so crazy with releases that a few months ago, if you weren't in line at 5am, you didn't get beer. Going to the private cellar share this weekend there, so I can get some goodies. Just hate shipping as well, and with the heat this summer, things didn't survive well. Add to it the general crack downs on trading/shipping....well, it's also an added expense.

Picking up some of this Saturday morning. It's the big brother of Citralaxy...and the last batch was on point.

First, thanks for taking this on and keeping this going. Loved the post.

First, thanks for taking this on and keeping this going. Loved the post.

Thanks man. Really had no idea what the reception would be, but I think most people are here to pick some teams and talk about beer so can't really mess that up.

With no commentary.
Anyone going to Boston next weekend?

Give me:
Villanova (why the hell not?)
Youngstown State (Bo Pelini as HC and Jim Tressel as university president? You beat them and you end up wearing concrete boots).
Florida (Miami's gonna be a hot mess for at least a few weeks)
Hawai'i (I'll take just about anyone at home +11 against a mediocre Pac12 team)

No beer for me this week. Gonna pop the cork on the new Blood Oath Pact 5 bourbon I just got my hands on.

Nova (Colgate's record was a bit inflated by having played exactly, um, one team with a winning record prior to the playoffs, and losing to said team.)

Samford (I was not, in fact, surprised to see them lose to FSU by ten. I turned that game on in the second quarter and watched the rest, and they absolutely should have beaten the Noles.)

Miami (Who is a QB away from being bak. Also, I'm not convinced UF's offense will let them run away with this one.)

Hawai'i (Zona will probably win, but not by much. No idea why I have more to say about the FCS games this week than the FBS games.)

Beer of the week:

I agree with your assessments.

but the alcohol free kind.....thanks Afghanistan....

Film Evaluation: Mattheus Carroll is a Diamond at Defensive End for the Hokies
french60wasp, 06/02/20
7 min (9)