Film Evaluation: Mattheus Carroll is a Diamond at Defensive End for the Hokies

Virginia Tech added an explosive and lengthy defensive end with a seemingly tight fit to the new defensive scheme. 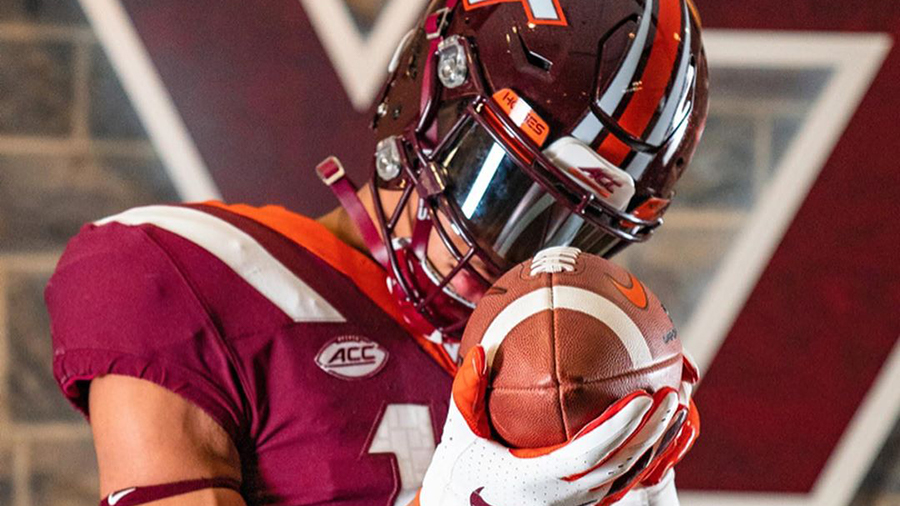 Mattheus Carroll poses for a photo during a March visit to Virginia Tech.

A rebuild of Virginia Tech's defensive end position, a group which struggled to produce much of a pass rush the last two seasons, is underway. The Hokies signed three defensive ends in the 2020 class, added transfer Justus Reed, and received a commitment for its 2021 class on Sunday from Mattheus "Stretch" Carroll. As buzz in favor of Tech got louder, I decided to check out the 6-5, 220-pound Gilman School product's film. I finished feeling that Carroll — ranked a 3-star (0.8577) per the 247Sports Composite — is a vastly underrated prospect.

Carroll brings huge value. He has the type of frame which can usually carry about 250 pounds without losing any speed. On film, it appears that Carroll has extremely long arms and powerful legs. Newly hired Hokies defensive line coach Bill Teerlinck places a premium on an explosive first step and the ability to leverage wingspan to shed blocks after getting into the gaps. Teerlinck's edge defenders must have the leg drive to collapse the pocket and the explosiveness to disrupt run blocking. Carroll gets up the field, and then bends and flattens out to the quarterback or ball carrier.

Carroll's length and first step popped off the film. And, he has room to improve too. On this play, Carroll beat the offensive tackle to the blocking angle.

Carroll dips his shoulder with a rip move. The left tackle tries to drive Carroll up the field so the quarterback can climb the pocket, and almost succeeds. Carroll bends his body around the tackle and maintains his balance. After he clears the tackle, Carroll gets perpendicular to the quarterback in the pocket and closes to drag him down from behind.