It's Time to Set the Record Straight in Atlanta

Recent history says that the Hokies will struggle with Georgia Tech. But if we've learned anything, it's that this team isn't like its predecessors. 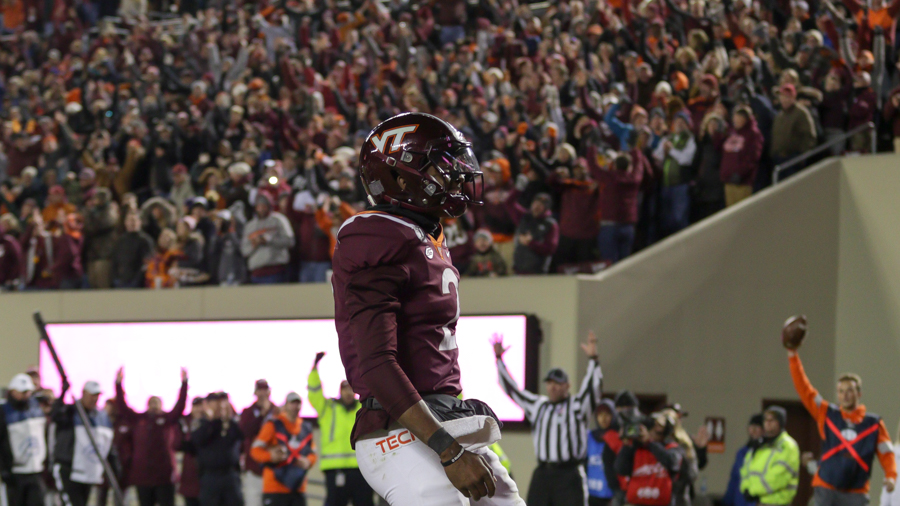 Virginia Tech is going to lose on Saturday.

I know it's tough to hear, and I'm sorry it had to come from me. But every team during Justin Fuente's tenure has lost the type of game they're playing this weekend, especially coming off the type of performance the Hokies showed last time out.

Last Saturday against Wake Forest showcased a Hokie squad that seems ready to sprint head first around the corner. They took an upstart opponent — whose season was built on schemes and level headedness — and played them like any big time program should. The Hokies dominated both lines of scrimmage, won with their athletes, and hit Wake with body shot after body shot until the Demon Deacons simply couldn't take it anymore.

"We felt like if we could maybe get them at the line of scrimmage a little bit and get into them that it may negate some things," Foster said. "And it did today. It kind of negated some of their timing a little bit... and they just weren't on target a whole lot.

They eventually broke Newman. Tech tricked him into his first interception by dropping not one, but TWO defensive tackles into coverage. And on Newman's second, Bud called the good ole' fashion "throw him to the ground and see what happens" play.*

(*Note: the author is not technically a football expert.)

Brad Cornelsen called a perfect game. Every way he and Fuente wanted to take advantage of Wake's defense worked. They ground the Deacs down with run after run from Hendon Hooker, Deshawn McClease, and Keshawn King. French broke down Tech's success on Hooker's inverted veer jet sweep series, and when you watch the clips it's hard to ignore how physical the line is. In one clip Lecitus Smith caves in three opponents on the line, Doug Nester plows someone three yards behind the play in another, and then you see Christian Darrisaw lead blocking on a screen pass 20 yards downfield. Total. Physical. Dominance.

Tech broke the Wake defense the same way they broke Newman, one shot at a time. Tre Turner popped a 57 yard sweep. James Mitchell took the aforementioned screen for 30. Damon Hazelton turned soft coverages into chunk plays and extra contact. Even the offense's mistakes came on the heels of excellence. Terius Wheatley fumbled after a masterful 50-yard pop pass, and Hooker coughed it up in the red zone at the end of the half. (Side note: I firmly believe that if McClease or King had caught the ball, the play would have resulted in an 87-yard score.)

They weren't perfect, but they were pretty damn close to it. The offense was balanced and unpredictable, the defense was aggressive and disruptive, and special teams hit for the cycle (Brian Johnson was perfect, Oscar Bradburn was somehow even more perfect, King popped a 36 yard kick return, and a 33 yard punt return from Tayvion Robinson set up Tech's first score in the second half). By the time the final whistle blew, the Hokies had strung together their most complete win over a Power Five team in the history of Fuente football

Don't believe me? Let's look at their other Power Five wins: