13-play, 2,900-word film preview of UNC's offensive personnel to watch out for, scheme analysis of the Heels' productive run/RPO attack, and how the Hokies were influenced out of position in the trenches last season. 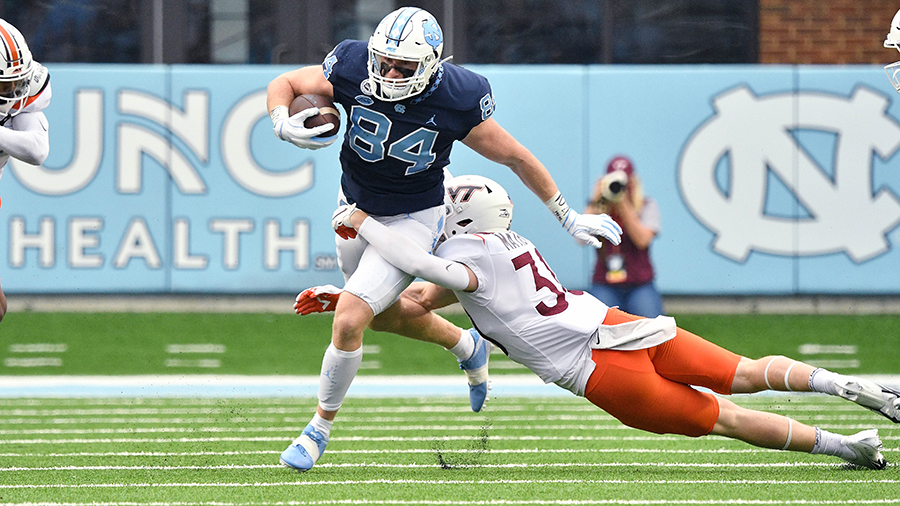 I will be blunt. Rewatching Virginia Tech's defense against North Carolina last season was an exercise in agony. Offensive coordinator Phil Longo's Tar Heels ran wind sprints up and down Kenan Memorial Stadium with almost no resistance from the Hokies' shorthanded counterparts.

With the slate cleared, I am sure the returning Tech defenders are eager for redemption against the Coastal Division favorites. Given the departure of an army of Hokies' tormentors, some have suggested North Carolina is vulnerable. The duo of Michael Carter and Javonte Williams combined for 2,385 rushing yards. That's 84.3% of UNC's total. Meanwhile Dyami Brown and Dazz Newsome accounted for 1,783 receiving yards (49.3% of UNC's total). All four were drafted, and it is challenging even for powerhouse programs to easily replace that kind of production.

While I don't think North Carolina will be as explosive, they still have weapons that pose problems for the Hokies. After transferring from Tennessee with 2,046 career yards under his belt, Ty Chandler (No. 19, 6-0, 210) inherited the top running back spot. Chandler is a compact runner with good pad level. He isn't particularly elusive, but does a good job planting when a bubble forms on a zone play and then bursting up the field.

A group of veterans who have not received many carries during their time in the program backup Chandler. Keep an eye on Josh Henderson (No. 23, 5-11, 215). He is a physical runner who grinded out several tough runs in UNC's spring game.

Henderson was a sledgehammer against the first team UNC defense. While he doesn't have the game-breaking ability of Carter and Williams, he is a guy who can come in and wear down the thin Tech front and extend drives.