Questions at the Two-Thirds Point

With four games to go, what's too positive an outlook for the rest of the way? And how would a theoretical opening in Blacksburg stack up against some other coaching searches across the country? And who's Whit's football Mike Young? 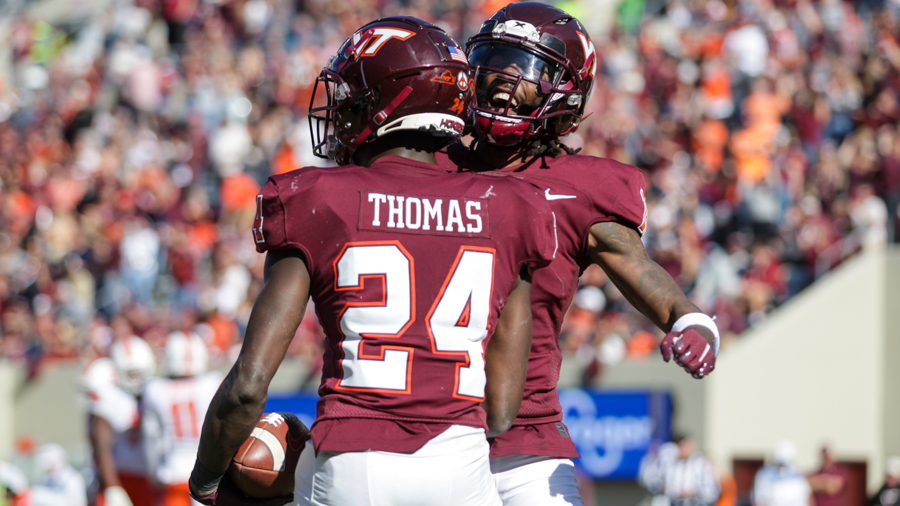 Maybe my favorite thing about any Virginia Tech football season isn't the games themselves or the glorious return to our favorite, screwed up sport. Instead, it's the discourse.

Particularly the chatter amongst all of my other passionate-yet-disenchanted Hokie friends from all of the corners of my life. Growing up a Tech fan means I have family Hokies, childhood friend Hokies, college crew Hokies and even some Hokies I've become friends with in my adult life. The orange and maroon squad runs deep.

And sometimes, because I'm in so many text chains about Tech sports, I'll find myself having the same conversation four different times at once. Sometimes it's good (Ramon Brown! Gunner Givens! Tech beat Carolina!), sometimes it's not good (I've had multiple "are we sure Justin Hamilton is good?" conversations) and sometimes it's an absolute tire fire (Joe would fire me if I shared any of the crude, inappropriate and occasionally NSFW GIFs that scorch these chains).

Personally, it gives me a bit of a barometer on where people's heads are at with regards to Hokie sports. Sometimes I'll see something that I think is absurd and then see similar sentiment on the board days later. (The Mark Leal truther takes remains my favorite example of this.)

So as the Hokies head to Boston College, two thirds of the way through the season and sitting at 4-4, I wanted to examine some of the most common topics I've been talking about on the side.

Wait a second, can the Hokies win out?

To be fair, this came up in some of the more joyous moments after Fuente and Co. clinched their win against the Yellow Jackets. Already thinking about the bigger picture after one win, despite specifically making the case last week that there was a chance this team could pack it in and finish 3-9. What can I say? Fandom is a disease.

As to what I wrote last week, it's great to see the team refusing to give up after an utterly demoralizing loss to Syracuse. Think about it. Their collective stomach must have ached with how close they were to a 5-0 record heading into the Pitt game, and then they promptly got pummeled by the Panthers. Then they sit and stew at .500 over a bye week and drop what was supposed to be a bit of a get-right game against an Orange team that's all but abandoned the forward pass (that is, unless they're playing in Lane Stadium, apparently).

So despite an alternate reality where they won a few close games and sat pretty at 6-1, Tech went into Atlanta fighting for bowl eligibility with their aspirations of a Coastal title floating out of reach. It's situations like this where a coaching staff can lose its players. With less and less to play for, guys start to make business decisions to protect their bodies or simply don't execute well enough to beat even the most average teams in the ACC.

Tech battled. It wasn't perfect — and the red zone issues are obviously here to stay — but they did enough to claw their way to a fourth win. And while that isn't the most glowing testament of a football team, the Hokies may be able to pick up a few more wins by doing just that: fighting, scrapping and making things ugly.