BC splits its apparel deal, inks with New Balance for all but football, which will be with Adidas

No details on the value of the deal (though, the article says its a 50% bump per student), but the part that I found most interesting is the following:

Boston College announced the deal as well on Tuesday morning. The press release said that New Balance will be the apparel company for 30 of 31 teams (football is not part of the deal). The facilities upgrade will also be significant.

"The partnership will grant several BC teams access to the new state-of-the-art TRACK@New Balance that is currently under construction. The new sports complex at Boston Landing will feature a 200-meter hydraulically banked track, seating for more than 5,000 spectators, and facilities for training, events, and recovery."

Apparently, the only reason that football is not included is because NB does not have a football business and doesn't plan to get involved there, though they are not ruling out the option to outsource the manufacture of football uniforms while slapping a NB logo on it.

This leaves open the option for them to still strike a deal with someone else for football, which would allow a financial double dip in this venture. Seems smart, in my opinion.

Hmm, I am intrigued. With revenue shortfalls rampant I wonder if something like this is even a possibility for us?

I wouldn't characterize it as double dipping per se. The football only contract will be smaller than a normal apparel deal because they are only paying for football gear plus whatever cash is in the deal. It's an innovative way to structure it for sure.

30 of 31 teams at BC about to gains some serious grilling skills.

The Groundskeeping Crew spearheaded the negotiations.

Very interesting, thanks for sharing.

When we originally signed on with Nike, it was football-only.
So, we've been there before.

How you tell the incoming freshman from the upperclassman, freshman haven't cut enough grass in theirs yet 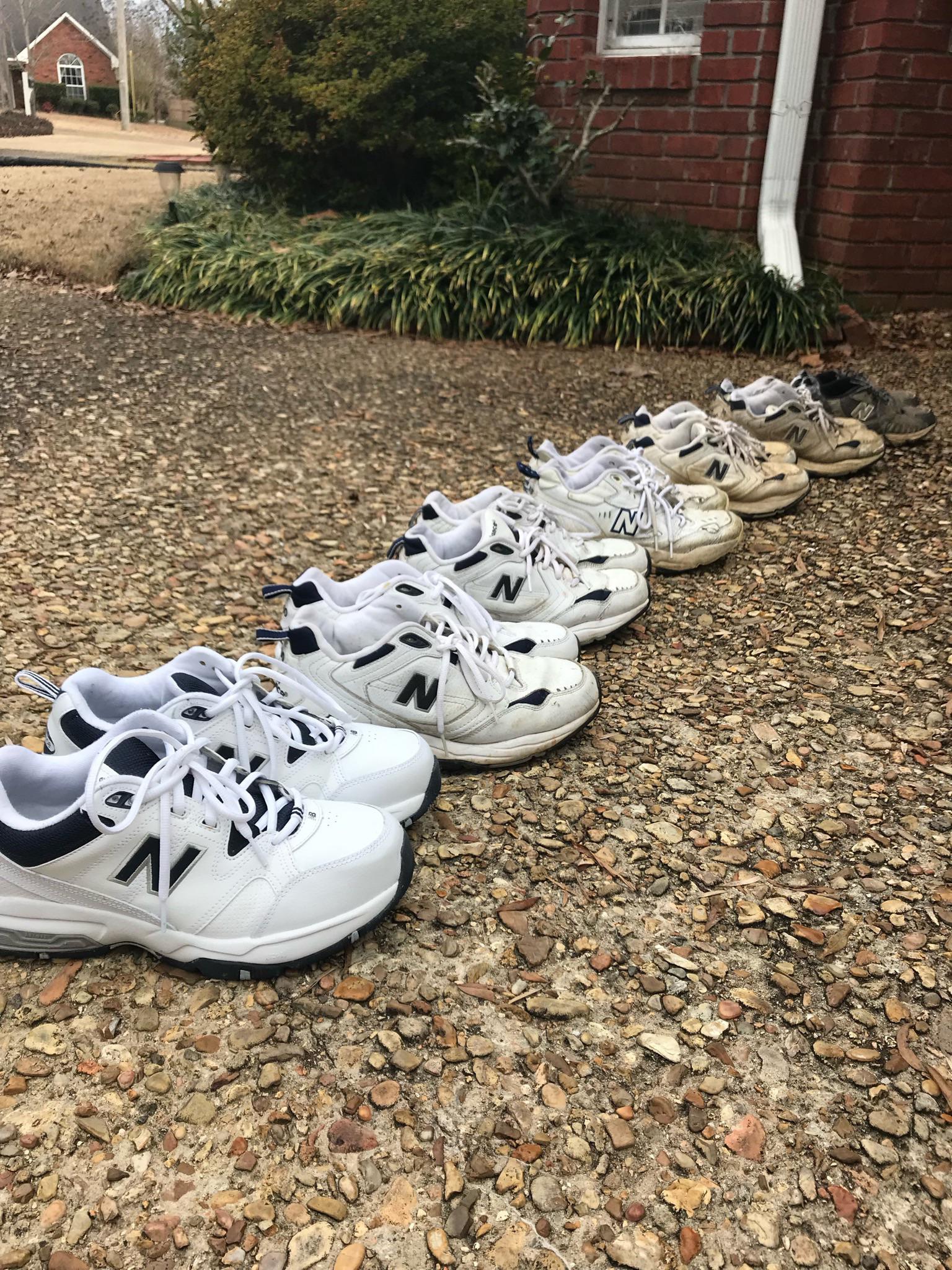 I see a very dedicated consumer of NB

Looks like whoever hosted the retirement seminar takes their clean floors seriously.

Idk where you live, but that is the most Williamsburg looking street/house

I live in the outer banks, that's not my photo, lol

Ur definitely right though, looks like a Williamsburg or maybe Chesapeake subdivision

This looks strangely reminiscent of my closet....well the first three or four pair, at least.

I am only allowed one work set before the wife tosses the older ones. Then again most of my shoes explosively fail at some point. Sides, toes, sole falls off...

i guess you could say that boston college is bringing

this sort of smugness gets you shot

They gonna have some killer baseball cleats,👀

I wonder how this will effect recruiting for BC. If players really do choose schools because of flashy uniforms and big name sponsors, I'm not sure New Balance will cut it for most 18 year olds.

on the other hand, new balance is definitely having a moment

I stand corrected! Apparently this 34 year old has no idea what the "kids" like.

more of a lifestyle thing than an athletics one tho

I'm not sure if it factored into BC's decision making, but NB has been working hard recently to regain some of their clout amongst teenagers and young adults. I know Jaden Smith paired up with them to make a line of shoewear a'la Yeezy's
Linky here

They should stick with under armour for football. One of my biggest wishes for Hokie football. Under armour is much more smoother and looks better in my opinion.

But can we protect this house?

I think the motto fits very well for us.

Under Armour is currently being sued by UCLA for ending their contract a year early.

And as expected, they've double dipped and signed on with Adidas for football

Strong move by BC. New Balance is at the top of the sneaker game (and hypebeast game in general) right now. If NB provides sneakers to the football team for off-field wear they are going to see a nice response by the kids they're recruiting.

Not to mention all the lawns they will be able to mow!

As a Liverpool fan I have some respect for New Balance....loved Liverpool's New Balance kits sadly they just switched to Nike now their unis are meh